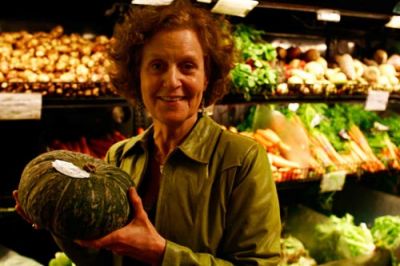 The mood was electric in John Jay High School in Park Slope, Brooklyn, May 2. More than 3,200 people squeezed into classrooms to participate in workshops and panel discussions about chickens, rebel gardeners, Big Mac bashing and food justice.

The one-day Brooklyn Food Conference (BFC) was an ambitious effort of hundreds of Brooklyn-based volunteers and organizations including the Park Slope Food Coop, the Caribbean Women’s Health Association and Added Value. The goal was to bring the borough together around food, as a way of getting people in touch with city farmers, fresh organic food, food worker justice and global food policy. It was all encompassing, grassroots and very tasty.

“People see food as a way to organize,” said Nancy Romer, a long-time member of the Park Slope Food Coop and BFC general coordinator. “We don’t see Americans likely to stand up around the obvious big issues such as race, class, gender, war and economy. However, food allows them to think about all sorts of big issues and the connections between them.”

BFC organizers wanted to debunk the myth that healthy food is only for the privileged, and worked hard to include more than 200 partner organizations who helped promote the event from Canarsie to Fort Greene.

“The patterns of lack of food access across communities of color across the city is a crisis,” said Sarita Daftary, East New York Farms! project director. “Community gardens and urban farms … have for decades been the most effective and most citizen-led efforts to get good food to residents of East New York and many other Brooklyn neighborhoods.”

Organizers say the conference is just the beginning and are hoping to build a Brooklyn food network where action and appetite can hit the streets.

BFC is instigating grassroots meetings to take place in more than a dozen neighborhoods in the next few weeks.

“Near the end of the panel discussion, the participants were discussing pragmatic ways people of color could change the food system, such as encouraging WIC and Food Stamp participants to spend at least 30 percent of their money at farmers markets,” said Ajamu Brown, a Bedford-Stuyvesant food justice activist who is currently working with the Brooklyn Rescue Mission. “The main issue of concern in Bed-Stuy is the lack of healthy food alternatives. Our community is inundated with fast food outlets that contribute to the health disparities we experience such as obesity, hypertension and type 2 diabetes.”

Food justice involves organizing hand to mouth. “The key worker organizing principle coming out of the conference is that employees along the food supply chain should act in solidarity with each other and with working class eaters to take on the corporations that are poisoning our food, exploiting workers and distorting our political process with campaign contributions and lobbying,” said Brandworkers International Director Daniel Gross.

There are six new food cooperatives trying to grow roots in Brooklyn, including in Bed-Stuy, Fort Greene, Prospect-Lefferts Gardens, Bushwick and Bay Ridge. The conference was a boon to connecting the co-ops to neighborhood volunteers. Romer hopes federal stimulus dollars might be available to help fund the food co-ops.

“The only way to shift this paradigm is to empower residents to support local food and push policy makers to fund programs that increase access and opportunities to good food and good jobs,” Brown said.

If you would like get involved in Brooklyn-based food justice organizing, check out brooklynfoodconference.org for updates.