Soul music disappeared from the national pop charts around the time Al Green got religion in the mid-1970s, but it retains a loyal following. Northern rock scenesters seek out records by the late Nathaniel Mayer or Sharon Jones and the Dap-Kings. In the South, there’s still a significant Afro-American audience at the roots, workingclass adults who worry about the price of gas, love sex and occasionally cheat — or at least think about it enough to consider the consequences.

Donnie Ray’s Caught by the Cat, Ms. Jody’s It’s a Ms. Jody Thang, and O.B. Buchana’s Southern Soul Country Boy, on the Memphis label Ecko, are all aimed at that down-home audience. Along with Lee “Shot” Williams, Sweet Angel and Denise LaSalle, they’ve created a soul-blues motherlode — churchraised voices over burbling basslines and swooping strings, with deep roots in Mississippi blues and an occasional nod to hip-hop.

The sound is soul, but the themes are the eternal verities of the blues: the joy, pain and darkly funny side of male-female relations. Ms. Jody tells a controlling boyfriend that “Loving You Is Like Doing Hard Time.” The one who left Sweet Angel for the streets comes home to a smoldering 12/8 slow jam called “Another Man’s Meat Is on My Plate.” Donnie Ray admits he used to be a skirt-chasing hound dog, but “This Time the Dog Got Caught by the Cat.” 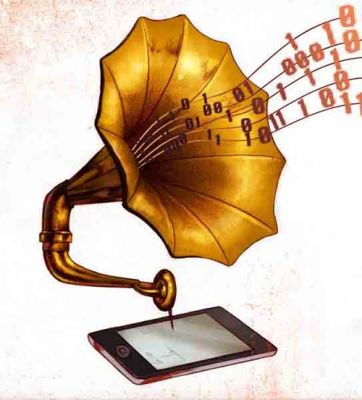 He also turns in a sardonic couple-fight tune, “Just Give Me My Blues,” and a beautifully aching and lush ballad, “Don’t Let Your Pride Overpower Your Love.” There’s also a Nashville-worthy plethora of cheating songs, most notably O.B. Buchana’s “Stealing It,” which nicks its hook line from Z.Z. Hill’s “Love Is So Good When You’re Stealing It.” The party songs are more generic, but the percolating crunk track, “Ms. Jody Thang,” had me bopping in front of the computer.

Ecko calls its music “21st-century blues.” But it’s not guitar-dominated 12-bar jams; its ancestors are the seventies Memphis soul of Al Green and Johnnie Taylor and the string-soothed soul-blues of Bobby Blue Bland (on his 1961 landmark, Two Steps from the Blues) and Z.Z. Hill. Hill, who died in 1984, set the template. He penned the classic “Down Home Blues” and advised his male listeners that if they’re dating a single mother and she needs help buying the kids a pair of shoes, “don’t tell her, ‘go ask their daddy, they ain’t mine.’” Significantly, Bland and Hill were among the few blues singers to draw a majority-black audience after 1970.

Like hip-hop, new Southern soul is much more sexually explicit than the old-school version. Aretha Franklin wanted R-E-S-P-E-C-T; the women of Ecko are demanding it in the bedroom. Ms. Jody instructs a lover that “You’ve Got to Play With It Before You Lay With It.” Denise LaSalle tells a promiscuous man that if he wants to satisfy her, “you’ve got to bone it like you own it.” And the men get it: In this vein, Lee “Shot” Williams comes up with the best song title I’ve heard so far in the 21st century: “Everything I Like to Eat Starts With a ‘P’.” Over perfectly placed guitar wahwahs and an electronic beat close to Marvin Gaye’s “Inner City Blues,” he lists “peaches … and pears/pineapple, so good to me.” You know where this is going.

The records’ biggest drawback is that they usually use computerized rhythms, which gives many songs a slightly prefab feel. Yes, recording live drums is expensive and dancers expect drum-machine precision, but live grooves give the extra flavor that makes records great instead of just very good. Classic Memphis soul rested on the fluid bedrock of bass/drum combos like Duck Dunn and Al Jackson at Stax-Volt and Leroy Hodges and Howard Grimes with Al Green.

Speaking of which, O.V. Wright’s 1973 album Memphis Unlimited was reissued earlier this year. Imagine a severely depressed Otis Redding backed by Al Green’s band. Few singers can wrest as much beauty and passion from despair, and Wright does that brilliantly here, at tempos ranging from Green-style simmering to mournful.

Karl Marx famously wrote that religion was the heart of a heartless world, the opium of the people, and O.V. Wright lived that out. A teenage gospel singer who had several R&B hits in the 1960s and 1970s, he spent his life pursuing bliss through religion, romantic love and drugs. The album closes with the old gospel song “I’m Going Home to Live with God.” Wright would be gone from the troubles of this world within a decade, but he left behind some fantastic music.