The mice would be disciplined and the lions would be free,” said a Mexican delegate to the proceedings that created the U.N. charter in 1945. He astutely predicted the double standards that would govern the application of international law.

The decades since have provided no shortage of examples. In fact, this year began in the midst of a large-scale attack on a civilian population by one of the current lions of the international order — Israel.

Yet in an age when the United States and its allies commonly claim a responsibility “to help protect populations from genocide, war crimes, ethnic cleansing and crimes against humanity” — the backbone of the Responsibility to Protect (R2P) doctrine — no one asked whether killing 1,300 people, mostly civilians, in the Gaza Strip constituted an Israeli failure to protect Palestinians. 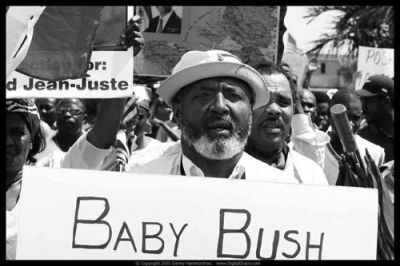 That President Obama’s foreign policy advisor Samantha Power and other high-octane R2P advocates have not pursued such objectives tells us virtually all we need to know about the doctrine. The notion that major powers make foreign policy decisions based on humanitarian criteria such as protecting besieged populations is a laughable and dangerous myth. U.S. actions in places like Iraq and Afghanistan further demonstrate that powerful states use the R2P concept, whatever its surface and theoretical appeal, as a new bottle for old wine: just a new way to rationalize aggression. Those who harbor delusions to the contrary, however well-meaning, risk feeding support for brutal interventions and occupations that are anything but humanitarian.

R2P first came into the limelight after the International Commission on Intervention and State Sovereignty (ICISS), which was created by the Canadian government and several large foundations in 2000, produced a report on the topic. U.N. delegates at a World Summit in 2005 subsequently endorsed R2P in principle.

However, the origins of R2P go back much further. In essence, R2P is an application of the longer-standing “humanitarian intervention” ideal. This ideology, which has at its core the notion that states can and should intervene to stop and/or prevent serious human rights abuses, is said to represent a new and enlightened era in world affairs, when the United States and other Western powers shed self-interest and use their military might to enforce humanitarian norms.

Though the idea of disinterested benevolent powers — particularly the United States — roaming the globe in search of humanitarian quandaries to resolve may sound appealing, the factual record surrounding “humanitarian interventions” and appeals to the Responsibility to Protect isn’t encouraging.

One telling invocation of the R2P doctrine comes from a confidential memo written in 2003 by the Canadian ambassador to Haiti. In the context of meetings between the United States, France, Canada and the Organization of American States on how to get rid of then-Haitian president Jean-Bertrand Aristide, the ambassador wrote that Ottawa was considering sidelining Aristide under the pretext of a “duty to protect.” That is, Canada planned to protect the poor Haitian majority from the leader they had twice voted in overwhelming numbers to elect, the same leader who challenged an international economic order that had forced Haitian peasants to subsist on cookies made out of cooking oil and mud. In 2004, a U.S.-and Canadian-backed coup removed the threat of Haiti’s good example, with Aristide claiming that he was kidnapped by U.S. troops and subsequently thrown on a plane to Africa, where he remains in exile some five years later.

One may recall, in a further example, Bush’s impassioned pleas for world opinion to support our supposed liberation of suffering Afghans from the evil yoke of the Taliban, and particularly his feigned interest in freeing Afghan women. Likewise, once obvious falsehoods about ties to al-Qaeda and nonexistent WMD programs became too discredited to trot out in public, Washington began justifying its invasion and occupation of Iraq on humanitarian grounds — our responsibility to protect Iraqis first from Saddam Hussein, and then from themselves.

If serious about human rights, U.S. peace activists could reconceive R2P as the “Responsibility to Protect [Iraqis and Afghans] by withdrawing,” or “R2PbW.”

Steven Fake and Kevin Funk are co-authors of The Scramble for Africa. This article was excerpted from a longer version originally published by Foreign Policy In Focus.