While there is no conclusive evidence, ground zero for the current swine flu pandemic may be in the southern Mexican town of La Gloria. La Gloria is in Perote, a valley high in the mountains of Veracruz state and home to Granjas Carroll de Mexico (GCM), which operates the country’s largest industrial pig farms. La Gloria is also the site of Mexico’s first confirmed case of swine flu, 5-year-old Edgar Hernández.

Swine flu has long existed in U.S. pigs, and in recent years there has been a rise in novel strains that may be more dangerous to people. Pigs can serve as “mixing vessels” for viral strains from different species. There have been sporadic cases of swine flu in humans in the United States since 2005. Prior to the current outbreak, cases were associated with physical proximity to pigs. Many have raised concerns that the increasing dominance of concentrated animal feeding operations (CAFOs) may pose a risk to human health by promoting the emergence of novel viral strains.

Epidemic origins are typically elusive. The two swine flu cases identified earliest were in the United States. Special testing was performed on the first case because she was participating in a clinical trial of a new test. The second patient’s sample was identified because the clinic he went to was participating in a special influenza surveillance project. By the time the H1N1 virus was identified in the United States, two children in La Gloria had died and over a thousand were ill with an unidentified febrile respiratory illness. Ultimately only 30 samples were sent for an analysis that could identify swine flu, and one of these was positive.

Local public health officials and GCM contend that Edgar’s case of swine flu was isolated and that it is a coincidence that La Gloria, a town of 3,000, is five miles downwind of GCM. No one in La Gloria works at the pig factory. The company says no pigs or workers have been ill. However, GCM facilities have undergone no independent inspection as of early May.

Significant efforts have been made to divert attention from any health threat from GCM (50 percent of which is owned by Smithfield Foods, Inc., the Virginia-based hog-producing giant).

The story of Granjas Carroll de Mexico is a cautionary tale of the public health risks of intermingling swine, money and power. 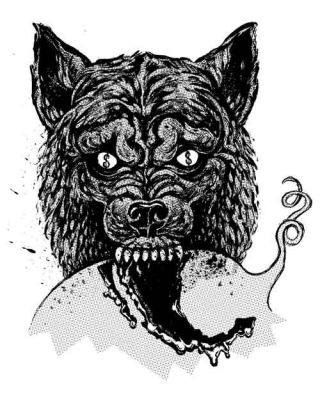 Pigs produce vast amounts of excrement. One CAFO with 850,000 pigs will discharge more excrement than all the residents of Manhattan (GCM produced nearly one million pigs in 2008). Waste is pumped into lake-sized “lagoons” that hold up to 25 million gallons. Improperly handled wastes and use of contaminated water for barn cleaning promotes swine flu and interspecies viral mixing. Proper waste handling, however, is expensive. Smithfield has been fined or cited repeatedly for bad practices in the United States, Romania, and Poland.

Veracruz’ head of public health services initially blamed the outbreak in La Gloria on the weather, poor plumbing, poor diet and villagers’ failure to decontaminate their water properly. He did acknowledge that there were so many flies in La Gloria that it was advisable to cover one’s mouth. Flies, while not considered a traditional vector for influenza, can harbor avian flu.

Villagers have protested GCM for years and many believe it’s the source of the current pandemic. In 2006 villagers from 30 communities traveled to the state capital to demonstrate, carrying photos of pig carcasses festering in the open. They spoke of swarms of flies and feral dogs consuming carcasses, and complained of improper waste handling and contamination of their water supply by the lagoons of excrement.

When local officials and villagers attempted to tour GCM in 2006, it ended in an altercation between a security guard and a congressional deputy. GCM filed charges against the deputy. A delegation from Mexico City toured the operations and issued a report citing improper waste processing, failure to cover the lagoons and contamination of the local water supply.

When GCM announced plans to expand locally, residents demonstrated and blockaded a road. In the face of ongoing complaints, expansion was put on hold.

Residents who complained about GCM say they have been followed and threatened. GCM filed libel charges against many and accused some of obstructing communications due to alleged participation in the road blockade. Some were silenced.

Veronica Hernández Arguello, a teacher, filed a complaint about harassment with the public ministry. No action resulted. To date, according to Hernández, GCM has filed three lawsuits against her, and 14 other locals have also been sued.

GCM finally expanded its operations in January 2009 after donating about $36,000 to a forestry project named after the governor of Veracruz.

Even after the outbreak of respiratory illness in February, it was only following reports of an “atypical” infection in a neighboring state that public health authorities fumigated La Gloria and vaccinated locals against the flu.

By this time, however, it was Holy Week, a major holiday in Mexico. Perhaps half of La Gloria’s workforce toils in Mexico City, and many came home that week. Returning to the capital after Easter on April 12, some of these workers could have carried the virus to Mexico City.

When it was announced April 27 that the first confirmed case of swine flu was in La Gloria, GCM asserted there was no evidence of swine flu in its pigs, which were routinely vaccinated and tested monthly for the disease.

This information is, at best, misleading. According to the U.S. Centers for Disease Control (CDC), flu tests on a fully vaccinated herd should produce some positive results for H1N1, and no test can distinguish true infection from vaccine exposure. Thirty percent of U.S. pigs test positive for H1N1.

Also on April 27, the head of the Veracruz agency responsible for inspecting GCM admitted no such inspection had occurred for at least a year. The federal government admitted that it was unknown whether many problems previously identified had been resolved. There was no specific plan other than to review materials presented by GCM.

Recently a reporter from The Guardian found many villagers would only speak on the condition of anonymity. One man warned, “This is a company with lots of power and lots of dollars. They have always been protected by the government and there is not much we can do about it.”

There is fear in La Gloria and for good reason.

In Veracruz, journalists investigate government corruption at their own peril. Two months ago a journalist was left in a coma by brain injuries sustained while fleeing an armed ex-official he had written about. In 2007, five military-grade bullets smeared in red paint and wrapped in newspaper pages containing articles critical of the government were left on the doorstep of the newspaper’s editor.

When public interests are subservient to private interests, public health will suffer. The repercussions in this case may be global. The CDC’s Dr. Scott Dowell said if officials had blitzed the La Gloria region in mid-March with anti-viral drugs, the outbreak might have been contained.

Perhaps even more importantly, information vital to understanding present and future global pandemics may have been permanently lost by failure to collect data in a timely fashion.

There has been plenty of time to cremate any suspicious porcine evidence. Any “smoking gun” may simply have gone up in smoke.

Laura S. Boylan, MD, is a practicing neurologist, faculty member at the New York University School of Medicine, and board member of Physicians for a National Health Program Metro NY.