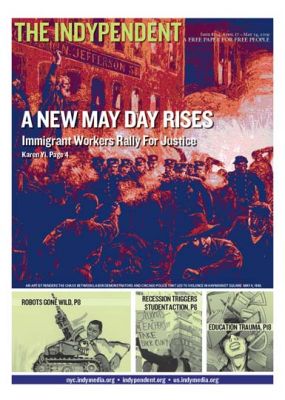 Post your own comments online at the end of each article or email letters@indypendent.org

FIGHTING FOR CAMBODIA’S FUTURE
Response to “A Face of Cambodian Courage,” April 17:

Every reference to Cambodia should also address the rampant corruption which breeds off the backs of the poor. For someone who lives and works there, people like Mu Sochea are beacons and examples for others who will hopefully craft a better future than the one that exists currently. The prime minister has taken to lowly insults directed at this hardworking woman, so you know she must be doing something right. Especially with regards to women’s rights and human rights, she is one of a few very brave people in Cambodia.
—TOM Y

PUBLIC EDUCATION’S PRISONS
Responses to “Liberating the Bricks in the Wall,” April 17:

I am a teacher. I have been advocating for the closing of forced schooling funded by government. “Need” is the mother of invention? Then leave education to the free market. Let education be provided by the need and demand. Home schooling should be encouraged. Give families tax breaks and other breaks for being responsible for teaching their own children, and/or encourage small community learning centers based on need and demand. I cannot find anything redeeming about the present school system other than it serving as a prep for jail.
—ANNA

The job of the school system in capitalist America is to reproduce the inequality that is the backbone of American society. At the very bottom, some schools serve as holding pens for the children of the poorest sections of the working class — these schools serve as holding pens to keep these kids off the street until they are 16 and give them just enough education to make them able to function as armed forces, enlisted personnel and/or prisoners in America’s huge network of correctional facilities. So, honestly, can you really see any path to liberation going through the school system, or so called “alternative schools?” The only way out is revolution by the working class.
—GREGORY A. BUTLER