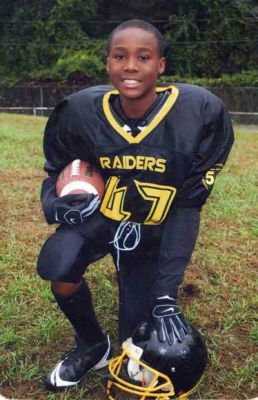 Sirdeaner L. Walker woke up April 6 expecting another normal day. But when she returned home from work and walked up the steps to the second floor of her house in Springfield, Mass., she found her 11-year-old son, Carl Joseph Walker-Hoover, hanging from an extension cord in the stairwell.

Both boys were the target of anti-gay bullying and harassment at school. In both cases, school officials have been accused of ignoring the problem.

After Jaheem’s death, his best friend said, “He told me that he’s tired of everybody always messing with him in school. He is tired of telling the teachers and the staff, and they never do anything about the problems. So the only way out is by killing himself.”

Carl’s mother Sirdeaner Walker had repeatedly complained to the school about her son being bullied, but the school ignored her, calling it teenage immaturity.

“It’s not just a gay issue,” Walker told The Advocate, the nation’s oldest gay newsmagazine. “It’s bigger. He was 11 years old, and he wasn’t aware of his sexuality. These homophobic people attach derogatory terms to a child who’s 11 years old, who goes to church, school and the library, and he becomes confused. He thinks, ‘Maybe I’m like this. Maybe I’m not. What do I do?’”

Last year, the Gay Lesbian Straight Education Network (GLSEN ) published its biennial National School Climate Survey, the most comprehensive survey to date on the experiences of lesbian, gay, bisexual and transgender (LGBT) youth. The study found that 86.2 percent of LGBT students reported being verbally harassed, 44.1 percent reported being physically harassed and 22.1 percent reported being physically assaulted at school in the past year because of their real or perceived sexual orientation. Nearly one-third of LGBT students missed a class or missed a day of school in the month preceding the survey because they felt unsafe. 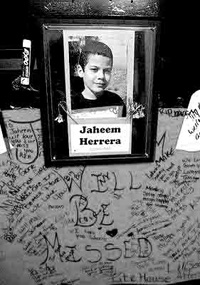 Transgender youth face even higher levels of harassment when compared to nontransgender queer students. Nine out of 10 transgender students experience verbal harassment, and more than half reported having been physically harassed.

According to the American Foundation for Suicide Prevention, LGBT youth are six times more likely to commit suicide. Yet suicide is not the only problem that LGBT youth face. In February 2008, 15-year-old Lawrence King was murdered by a fellow student, 14-year-old Brandon McInerney, during class in Oxnard, Calif. King was openly gay, having come out when he was 10 years old. Two days before the shooting, King asked McInerney to be his Valentine in front of McInerney’s friends. Prosecutors say McInerney later told one of King’s friends, “Say goodbye to your friend Larry because you’re never going to see him again.” McInerney is being tried as an adult for premeditated murder and a hate crime.

On May 5, Reps. Linda Sánchez (D-Calif.), Ileana Ros-Lehtinen (R-Fla.) and Carolyn McCarthy (D-N.Y.) introduced the Safe Schools Improvement Act (H.R. 2262) in the U.S. House of Representatives. The bill, which amends the Safe and Drug-Free Schools and Communities Act, would require any school receiving funding from the act to provide assessments on bullying and harassment in their schools and to include policies to address bullying and harassment in their codes of conduct.

In New York, the State Assembly passed the Dignity for All Students Act April 7 by a 131-5 vote. The State Senate is currently reviewing the bill (S. 1987A). The New York City Council passed its own Dignity for All Students Act in 2004, overriding a veto by Mayor Michael Bloomberg. The bill ordered schools to implement preventative training programs, reporting and response mechanisms, but the Bloomberg administration has refused to enforce the law.

According to Erica Braudy, a lead organizer at the New York Civil Liberties Union, one of the most powerful tools in the state bill is the creation of staff positions to deal with harassment. “Students will know who to go to if they are harassed,” she said. And instead of being punished, educators will use peer mediation and counseling to alleviate the problem. 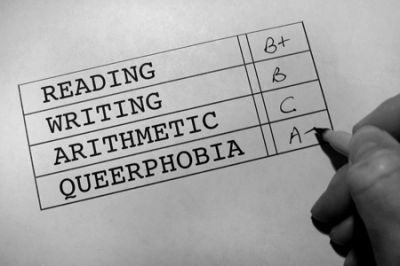 “For students across the country, the very basic support that a school can provide will now be present at school,” said Daryl Presgraves, media relations manager at GLSEN. “The first thing schools must say is that this will not be tolerated.”

“We are advocating for those intensive training programs that would allow teachers and staff to see the problems and raise red flags when they see something is wrong,” Braudy said.

LGBT harassment at school often goes unreported because students feel that school officials will not respond to the problem. The 2007 National School Climate Survey found that the major reason students did not report harassment was what they perceived as apathetic administrators. One ninth grade female from New York was quoted in the survey saying “I’m not sure if they will do anything about it. … I’ve heard that other people have gone to administrators, and all they do is ask if the reason they were harassed was true.”

GLSEN has found that one of the most positive things a school can do is implement an anti-bullying policy. Reports show that students face lower levels of harassment when the school is willing to confront bullying and embrace the cultures of the victims. However, according to Presgraves, there is still a long way to go to implement the necessary education interventions that would work nationwide.

“It is time we combat outdated and erroneous beliefs that downplay the seriousness of bullying,” said Rep. Sánchez in a May 5 press release introducing the Safe Schools Improvement Act. “Bullying is not a harmless ‘rite of passage’ and can no longer be brushed off as child’s play.”

Click here to read coverage by Ariel Tirosh on Gay-Straight Alliances in schools.

Click here to read A Forgotten Youth: New York City Queer Homeless Youth Survive at the Bottom of the Barrel by Jimmy Tobias, from the September 18, 2009 issue of The Indypendent.