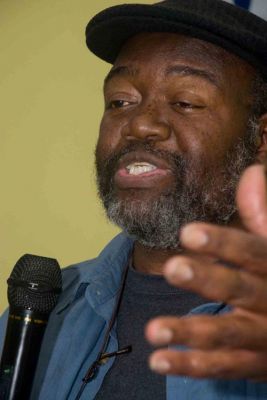 When WBAI-99.5 FM’s new acting General Manager Lavarn Williams visited the tally room during the first week of the station’s May fund drive, she was surprised to find pledge cards that had not been handed over to the fund drive supervisor four hours after the pledges had originally been received from the left-leaning radio station’s listeners.

“You would never guess how much things have deteriorated in terms of establishing controls,” Williams said. “We are getting people to realize pledge cards are like money and you can’t just leave them lying around.”

For Williams, keeping better track of pledge cards is only one part of a much larger push to transform a venerable, left-wing radio station that faces a slew of problems including more than a million dollars in debts, declining audience and membership, the threat of eviction from its downtown office and a backlogged premiums fulfillment process that has angered many of the station’s supporters.

“This was a model of failure,” Williams said, “and they wanted us to implement it throughout the network.”

Williams’ arrival is being cheered by those who believe the station has been mismanaged but others warn that the station’s longstanding commitment to racial inclusion is at risk, noting that WBAI’s General Manager Tony Riddle and Program Director Bernard White, both of whom are African-American, have already been removed from their posts.

“This is about a 25-year struggle at WBAI,” said Bob Lederer, a member of the Justice and Unity Caucus which supports the station’s deposed leadership. “WBAI was predominantly white in the 1960s and 1970s. And there has always been a rear guard of white listeners and programmers who want to go back.”

Williams, who is also black, is a retired corporate financial manager who started volunteering at WBAI’s sister station in Berkeley, California, in 1996. She is also the interim chief financial officer at the Pacifica Foundation, which holds the license for WBAI as well as four other radio stations in Washington, D.C., Los Angeles, Houston and the San Francisco Bay Area. The five stations, which make up the Pacifica Radio Network, reach a potential audience of 45 million people. WBAI, which beams its 50,000-watt signal from atop the Empire State Building, alone has a potential audience of 20 million people and an estimated market value of $150 million.

Pacifica was founded as the world’s first listener-sponsored radio network in 1949 by World War II-era draft resisters who dreamed of using the airwaves to “contribute to a lasting understanding between nations and between the individuals of all nations, races, creeds and colors.” And while the network has been a haven for marginalized voices during its six decades of existence, it has also been plagued by internal strife throughout much of its history. The feuding has been particularly intense in recent years at WBAI. Supporters and critics of the station’s leadership have vied for control of the Local Station Board (LSB), a 24- member body elected by listeners and staff.

Supporters of the station’s deposed management compare the recent takeover of the station to the December 2000 “Christmas Coup” in which Pacifica’s then-national leadership sacked White and banished more than two dozen programmers and producers.

The sacking sparked a tenacious protest movement that ultimately forced Pacifica’s then leaders from power and restored White and others to their posts.

“Last time it was Democratic Party centrists,” Lederer said of Pacifica’s previous regime. “This time it is liberals and leftists with a racist world view or who are simply opportunistic.”

“A lot of shows that appeal to people who are very progressive and black are probably going to get cut,” said Lisa Davis, also of Justice and Unity, who serves with Lederer on the LSB.

“WBAI is the only place where poor people can get their stories told in their own voice,” White said, who was suspended May 8 and banned from the station premises. “There were folks who felt that was chasing away white folks with money.”

White also expressed concern the Pacifica Foundation may sell the 99.5FM frequency and move WBAI to a less prominent location on the radio dial. 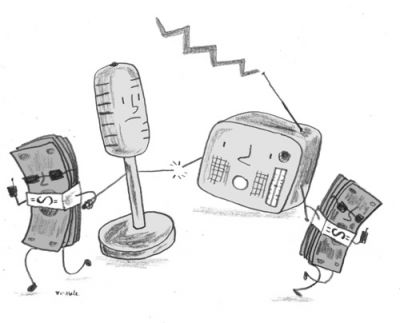 As the infighting has escalated, WBAI’s fortunes have steadily declined.

The station’s number of listener sponsors has fallen from 18,600 in January 2004 to about 15,000. While audience numbers fluctuate, the number of people who listen to WBAI at least once in a week has declined from an average of 240,000 in the fall of 2003 to 180,000 in spring of 2008, according to Arbitron ratings compiled by pacificana.org.

The time the station spends in fund drive has surpassed more than 100 days per year even as fund drive results have declined, especially since the recession hit full force last fall.

WBAI received $1,248,743 in listener support in the first six months of Fiscal Year 2008, but only took in $975,572 from its listeners in the first six months of the 2009 fiscal year that began on October 1, according to Jamie Ross, Chair of Pacifica’s National Finance Committee and also a member of the WBAI LSB. The station’s February fund drive fell short of its goal of $720,000 in pledges by about $180,000, Ross said.

WBAI ceased making its central office payments to Pacifica in the fall of 2006 and was $999,000 in arrears by March 23 of this year, Williams said. The payments cover a number of network expenses including rights to broadcast Democracy Now!, a popular one-hour daily news show. The financial shortfalls caused by WBAI’s troubles forced Pacifica to take out a $300,000 line-of-credit from Wells Fargo last August, which Ross said was secured by using a $400,000 certificate of deposit that belonged to the network’s Berkeley station. The full amount of the loan is due in August.

ON THE BRINK OF EVICTION

By early April, the station had also fallen $128,000 behind on rent for its office space at 120 Wall Street and owed another $75,000 in back payments for its transmitter atop the Empire State Building, Ross said.

According to Williams, WBAI’s then General Manager Anthony Riddle renegotiated the lease with Silverstein Properties without notifying Pacifica’s national leadership. Riddle, the station’s fifth general manager in seven years, was removed from his position May 6. He said he was encouraged by Pacifica to revise the payment schedule.

“This was the right thing to do,” Riddle wrote in an email to The Indypendent. “There is no reason why it cannot be paid.”

“That [May] fund drive has to be really good,” said Williams, who was officially named as WBAI’s acting general manager May 7 by Pacifica’s interim executive director Grace Aaron.

Besides making the tally room operation more efficient, Williams said that Bates has worked with programmers on improving their premiums and refining their on-air pitching. She said that the station had raised $225,000 in the first week of the May fund drive which began May 4.

“He’s really raised the level of consciousness of the staff,” Williams said. “He’s extraordinary. I’ve never seen anyone like him in my life.”

WBAI’s fundraising woes have also been complicated by its inability to send out premiums to listener- sponsors in a timely manner. According to WBAI LSB member Carolyn Birden, 6,000 premiums were not sent out following last October’s fund drive. Williams said the root of the problem was that the station had been relying on a fulfillment house that was not sending out the premiums because it no longer had a contract with WBAI to do so.

Ayo Harrington, who served as premiums director from Fall 2007 until she was laid off Nov. 15, 2008, said the premiums department had been plagued with problems for years due to a variety of factors including understaffing, lack of proper database management training for staff, the strain of repeated fund drives, the proliferation of premiums offered by programmers and the failure of many programmers to register their premiums in a timely manner. These problems were compounded when the station started running out of money to pay its vendors.

Williams, who had a 20-year career in corporate finance with the Xerox and Applied Materials corporations, said she plans to serve as WBAI’s general manager for three to six months. She said she will look for a business savvy replacement who “is in tune with the [Pacifica] mission.”

With WBAI’s Local Station Board currently split 14-to-10 in favor of the station’s longtime critics, 100 Justice and Unity members met May 12 to plan a multi-pronged campaign that could include lawsuits, protests and civil disobedience to reinstate White and Riddle. They are also preparing for LSB elections that will take place at the end of the summer and initiating a petition campaign to recall four members of the LSB including Birden, Ross, LSB Chair Mitchel Cohen and multi-millionaire direct mail marketer Steve Brown, who bankrolled much of the station critics’ last campaign.

Meanwhile, Lavarn Williams is ready to charge ahead.

“WBAI is in the middle of the radio dial in the media capital of the world. There’s no way this should be a mediocre station,” she said.

Read “WBAI Bounces Back” by John Tarleton in the June 5, 2009 issue of The Indypendent.