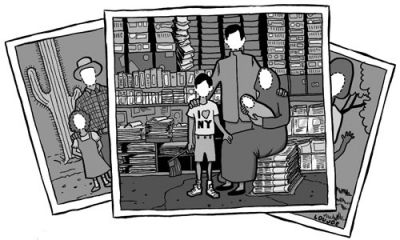 A 10-year-old daughter of an African immigrant falls during school recess in Washington, D.C., scraping her knee. School classmates run over to help — the girl’s knee is bleeding from the fall — but the teacher immediately interjects, “Don’t touch her, she is from Africa, you might get AIDS!”

Raised by his grandparents in El Salvador, Eduardo resents his parents’ decision to move to the United States without him. Working three jobs, his mother says she only wanted the best for him. Eduardo asks, “What do you think is worse, to share poverty here with my half-siblings and mother and father, or not having learned how to love them because I never saw them?”

These accounts are just a taste of the plethora of stories in Across Generations: Immigrant Families in America, a collection of essays that unearth the generational and cultural tensions that divide immigrant families and the ties that bring them together. Editor Nancy Foner, together with 10 scholars (nine sociologists and one anthropologist), delves into this largely unexplored world, reminding us that there is more to immigrants than the one-dimensional image of the “hard worker” portrayed by mainstream culture. The book explores the immigrant family within a transnational context, analyzing the heavy impact of geo-political and societal forces.

Across Generations probes issues of marriage, education, parental pressures, family separation, discipline and legality across multiple ethnic groups now living in the United States. Divided into eight chapters, each with a different author, and an introduction written by Foner, the collection of short essays tackles particular topics within specific ethnic communities. The authors’ research is delivered through personal anecdotes, interviews with immigrants, statistics and historical context.

The essays, however, leave room for an updated discussion, failing to touch on hot-button issues such as the recession, deportation, workplace raids, race-based violence and the policing of youth.

The book instead focuses on long-standing political and social constructs that have deeply affected immigrant families behind closed doors. Instead of assessing the immediate effects of deportations, it looks at the long-term impact of legality on family unity; instead of examining the direct effect of sex trafficking in Asian communities, it looks at the cultural imprint of the hypersexualization of Filipinas on Filipina daughters. This approach reveals that U.S. policy not only has immediate but long-term and farreaching consequences on immigrant families.

Another topic is the growing public interest in the children of immigrants, whose numbers make them hard to ignore. According to the Urban Institute, children of immigrants comprise about 20 percent of the nation’s school-aged children. And four out of five children born to immigrant parents were born in the United States, making them U.S. citizens.

Each chapter peels back a new layer of transgenerational tensions — dating, discipline, gender-based expectations and money — as children of immigrants are forced to make sense of two worlds, balancing notions of identity, culture and parental expectations.

A recurring theme is the parental pressure exerted on children to succeed and conform to cultural norms. But disobeying parents in immigrant families often has greater repercussions — children are seen as “non-ethnic,” “untraditional,” “rebellious” and “unauthentic” members of the community. In addressing parental pressures, author Min Zhou writes about the importance of ethnic institutions dealing with the high expectations parents have for their kids and the need to mitigate generational and cultural differences. Zhou describes how cultural centers can help invert social marginalization and discrimination, giving children a space to assert their ethnic identity.

But for other communities, relief from these stresses is not so easily attained. JoAnn D’Alisera explains that, for the African immigrant community, children must cope with negative and stereotypical images of Africa as a “heart of darkness,” a “continent teeming with disease” and other “constructed images of the past.” The prevalent ideology used to legitimize the colonization of Africa — the belief that native Africans were “in need of civilizing” — persists today and undercuts ethnic pride among African immigrant communities. “Children become the sites upon which collective cultural memories, informed by competing master narratives about the past, are produced, reproduced and made manifest,” writes D’Alisera. What once provided a justification for imperialism now serves as popular discourse to subsume African ethnic identity.

The book provides many windows into domestic immigrant life, indirectly examining how more than 200 years of U.S. foreign policy — economic, social and political — affected waves of emigration into the United States. The hardships that both immigrants and successive generations face today must be understood as the aftermath of these policies which continue to this day. Although U.S. domestic policy has never adequately addressed these connections, Across Generations effectively analyzes these relationships, highlighting links between culture, family life and global inequalities.

While the book shies away from policy recommendations or direct critiques, the narrowly tailored ethnographic studies provide a sturdy base for future research into immigrant families, in particular into the children of immigrants. Across Generations is effective not so much in thrusting the immigration debate forward, but in providing a new depth and dimension to immigrants. With a rare glimpse into immigrant family life, Across Generations captures the voices of people who are straddling two worlds and two generations. 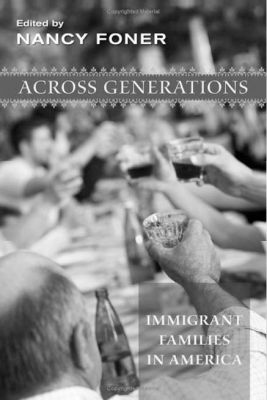 The Indypendent caught up with Nancy Foner, editor of Across Generations and a professor of sociology at Hunter College, to talk about ways to address tensions and conflicts within immigrant families.

KY: What do you think cities can do to better address these intergenerational conflicts and tensions?
NF: That’s hard. How does government intervene in personal relations and families? And some of the interventions are problematic. Agencies need to be culturally sensitive to different patterns and different groups but it’s tough. None of the chapters address policy implications in terms of what should be done. I see the role of the book as providing information about what goes on in different families. That will be useful, I hope, for policy makers, but it doesn’t lay out what they should do. But if they’re going to develop policies and programs, then they need to know what goes on within the groups, and that’s what the book provides.

KY: So, the book really sets the groundwork?
NF: Yes, because people don’t know about these groups. They don’t always appreciate what’s going on in immigrant families and how that differs and some of the strains and stresses for the children of immigrants. This is not something unique, but they are sometimes exacerbated by the fact that parents are coming from different cultures with different expectations and different standards. But also, there are very strong ties that bond generations together and I wanted to emphasize those. Those are some of the closest bonds that people have in their lives.