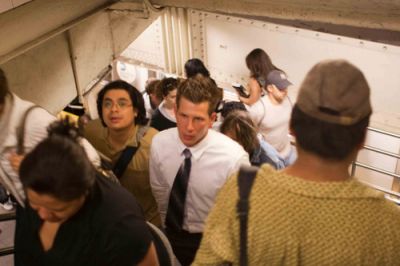 MTA board members and observers alike say getting the MTA’s finances in order is a necessary part of the solution. At a recent finance committee meeting, nonvoting board members Norman Brown, legislative director of the New York State Council of Machinists, and Ed Watt of the Transport Workers Union moved that the board reconsider its position on Federal Transit Operating Aid.

As of now, all federal aid to the MTA must be applied to the capital budget. This is unacceptable to Brown. “It prejudices the system against operating funds,” he says. “If you’re in an ass-kicking contest, you want two legs. Refusing that money debilitates the system and the MTA politically. By limiting the solutions available, the MTA is really forcing future riders and stakeholders to pick up the cost of past capital debts.”

Brown argues there are several ways to incorporate federal dollars into the operating budget. “You could create a situation where the feds would match local operation money dollar for dollar. Or you could do something where the fed pays for operating money that already goes to capital projects, or operating dollars that are used to pay debt service. The options are out there.”

A study by the Drum Major Institute for Public Policy on the MTA budget crisis disclosed that in 2009 the MTA received just 8 percent of its revenue from state and city subsidies.

These options, says Norvell, “are the great untapped revenue stream for the MTA. We’re talking hundreds of millions that could expand service and provide funding for the capital program.”

Paul White, executive director of Transportation Alternatives, argues the MTA can no longer continue pushing its debt on the backs of riders. “Transit riders in New York already pay a greater share of the ride than any other transit system in the nation,” he said.

According to a Straphangers Campaign report, “About half the cost of running the Metropolitan Transportation Authority is covered by fares. That currently is about $4.2 billion, or some 52 percent of operating costs,” versus a national average of 32 percent. 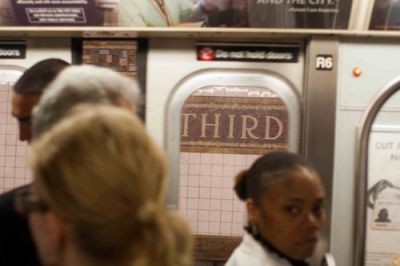 Click here to read “Why the MTA is Broken” by Danny Valdes and Arun Gupta in this issue of The Indypendent. 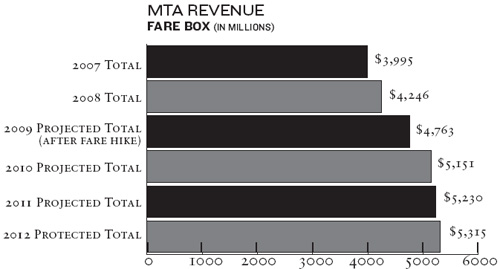 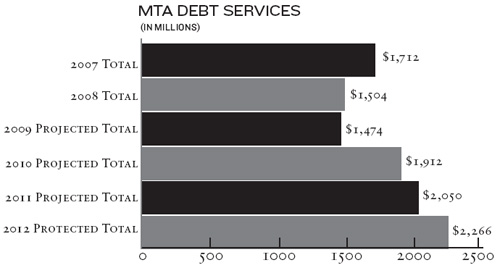