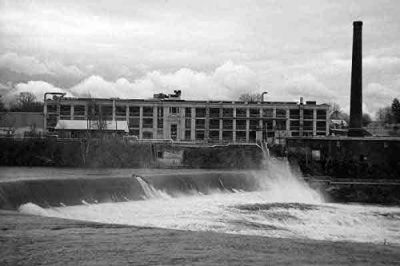 DIRTY WATER: General Electric is finally dredging up PCB soil contamination in the Hudson River after decades of releasing manufacturing by-products into the river. The toxic soil will be dried and shipped to a Texas landfill by rail. PHOTO: EPA.GOV

Peggy Pryor has never seen the Hudson River. For the past 56 years she has lived 2,000 miles away in the west Texas town of Andrews, on the New Mexico border. Soon, however, part of the Hudson River will be arriving in her town in the form of PCB-contaminated soil dredged by General Electric from the riverbed.

In the coming weeks, an 81-car train filled with dried PCB-contaminated sediment is expected to leave New York bound for a hazardous waste dump in Andrews. The route has not been released by GE. Trains filled with waste will continue to arrive in Andrews for the next six years as GE undertakes one of the nation’s largest environmental cleanup projects. Between 1947 and 1977, GE discharged an estimated 1.3 million pounds of polychlorinated biphenyls (PCBs) into the river.

The Hudson River cleanup plan, which took years to develop and has been approved by the U.S. Environmental Protection Agency (EPA), has alarmed Pryor and several environmental groups in Texas.

“If you got a problem, solve it in your own town,” Pryor said. “Don’t create another one by bringing it here. It is crazy. You are just contaminating another place. We have enough oil contamination down here.” Neil Carman, a chemist with the Lone Star Chapter of the Sierra Club, has questioned the EPA’s plan and the safety of shipping the waste to Texas by rail.

“Obviously this material needs to be removed from the Hudson River, but the alternative treatment technologies are very effective today and there is no reason in the world that General Electric should be transporting all of this material 2,000 miles,” Carman said. “They should be treating it up there.”

The EPA considered such alternative treatment technologies, but in 2002 the agency opted for the plan to dispose of the contaminated waste at a landfill in part because of the projected costs.

New York environmentalists have been campaigning since the 1970s to force GE to clean up the Hudson, especially around Hudson Falls and Fort Edward, N.Y., the site of two large GE manufacturing plants. In 1984 the EPA declared a 200-mile stretch of the river to be a Superfund site — a designation given to the nation’s most toxic sites. Due to years of challenges and delays, dredging did not begin until May 15.

Manna Jo Greene, environmental director for Hudson River Sloop Clearwater, said she shares many of the concerns raised by the Sierra Club in Texas. In 2001, Clearwater organization, in its official public comment on the cleanup urged the EPA to consider options besides sending the waste to a landfill.

Clearwater, however, views the start of the dredging of the Hudson as a major victory over General Electric. “It is essential the PCBs be taken out of the river system and be contained,” Greene said.

But Pryor and Carman are concerned that, once in Texas, the PCBs may end up in another body of water: the Ogallala aquifer, the largest aquifer in North America.

In 2007, the Texas Commission on Environmental Quality (TCEQ) looked into the geology of the Andrews hazardous waste site when the landowner, Waste Control Specialists (WCS), applied for a permit to build a radioactive waste dump. The technical staff of the commission unanimously opposed granting WCS the permit. Overruling his staff, then-TCEQ Executive Director Glenn Shankle approved the permit. Shankle today works as a lobbyist for WCS.

“The site was unsuitable as a radioactive waste disposal facility primarily because of the poor geology,” said Glen Lewis, who was one of three members of the TCEQ to resign in protest after Shankle issued the permit. “This proposed site is where one edge of the Ogallala pinches out. It is at the edge of the aquifer, but geologically considered to be over the aquifer.”

Neil Carman at the Sierra Club says radioactive or PCB contamination of the aquifer could have disastrous consequences.

General Electric defended the Andrews site when contacted by The Indypendent, noting that the EPA, U.S. Department of Energy and the U.S. Army Corps of Engineers already use the facility.

As for Peggy Pryor, she feels the residents of Andrews are being taken advantage of. “I just don’t think citizens here are aware of what PCBs are,” Pryor said. “If they can resolve this there at GE, why aren’t they doing it? Why bring it here? The people there know what they are doing, it is the reason they want to bring it here.” 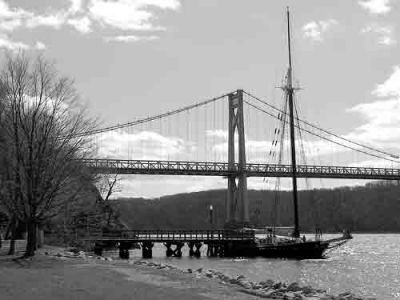 CLEARING THE WATER: The Hudson River Sloop Clearwater is one of the local environmental groups that fought for decades to force General Electric to clean up the Hudson River. PHOTO: FLICKR.COM/JOSEPHA