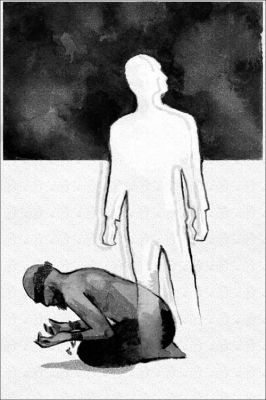 When President Barack Obama, in his first days in office, directed the military commissions at Guantánamo Bay to be suspended, pledged to shut the prison at Guantánamo by the beginning of next year and close the CIA’s secret prison sites around the world, many civil liberties and human rights activists breathed a sigh of relief.

Now, nearly six months into the Obama administration, the president has continued on the George W. Bush administration’s track on national security policy, making a mockery of his campaign promises to be transparent and adhere to the rule of law.

Refusing to consider prosecuting Bush administration officials for war crimes, to refusing to release photos of detainee abuse and torture, President Obama and Eric Holder’s U.S. Department of Justice have disappointed many of those same civil liberties and human rights activists.

The Indypendent recently caught up with Romero, the first Latino and openly gay director of the ACLU.

Alex Kane: First, give your overall assessment of President Obama’s policies on torture and national security.

Anthony Romero: Well, I think that the President has made a clear break with George Bush. It was remarkable that, when he first took office, his first three executive orders dealt with the closure of the Guantánamo base, the closure of the secret prisons and unequivocally rejecting the use of torture and abusive interrogation techniques. That was a civil liberties trifecta on day one. It’s troubling, though, because it’s not been all linear.

Now we hear talk that, while the President does indeed intend to close Guantánamo, he is keen on keeping some form of the military commissions going forward. We think that keeping any form of the military commissions going forward is a huge mistake. They haven’t worked, the rules are rigged, they have preordained outcomes, individuals have been held often without charge, or without access to lawyers for years, and there’s no way to fix that mess.

It’s troubling to hear, especially most recently, that the President is also considering the need for what he calls a “preventive detention regime” that would allow the government, essentially, to hold individuals indefinitely without charge or conviction. That just doesn’t happen in America. In the America we know, you can only hold someone or detain someone if you can show that they are guilty of criminal conduct, and not some vague or amorphous sense of there being a threat to national security.

And that’s why I’ve been saying consistently that, even though we have a very different president with a very different value system, that if he continues down the path of retaining some of the same policies of George Bush, the policies become his own. And they then become the Bush-Obama doctrine.

AK: In a couple of cases, like the Binyam Mohammed lawsuit against a subsidiary of Boeing, the Obama Justice Department has invoked the “state secrets” privilege, basically echoing the Bush administration.

AR: Yeah, those were probably the early indications of what was going to be trouble on the horizon. It was literally a week after Attorney General Holder took office that we were on the 9th Circuit on the Jeppesen Data Plan case, the one that you referenced, that we brought against a Boeing subsidiary for providing the essential flight services for individuals who were rendered overseas and tortured.

And we were thunderstruck when the Justice Department lawyer, under the new attorney general, got up in court and mouthed the exact same words of the Bush Justice Department. And we howled, and properly so. We said, “This is not change, this is more of the same.” This effort to obfuscate a government policy and government action because of their embarrassing or illegal nature is inappropriate under the use of the “state secrets” doctrine. The “state secrets” doctrine is not an immunity doctrine; it’s an evidentiary privilege that applies very surgically, narrowly to pieces of evidence that might jeopardize national security, but it can’t be used as a wholesale way to immunize government officials from litigation.

AK: The Obama administration’s reversal on releasing pictures of abuse and torture in prisons in Iraq infuriated many, and reports have come out contradicting the Pentagon’s claim that the photos don’t show sexual abuse, rape and sodomy.

AR: Look, no one wants to see the photos. They’re going to be very disturbing, and they should be disturbing. The photos, however, are important to making sure that we have the political will to prosecute people for a crime.

And we have Vice President Cheney flying around the country, saying that “we do not torture,” and we know that is not the case. The photos will convincingly show the American public that under the Bush-Cheney watch, we did, in fact, torture. And then the question comes out, “What did we do about it?”

The fact is we have not prosecuted all the individuals responsible for the torture and abuse. President Obama is flatly wrong when he says, “We have conducted investigations and people have been punished.” This is something that happened systemically, across the theaters of war, and down the chain of command. And that’s why we need as much of the vigor and interest in prosecuting those crimes as we can muster.

For more information see “Jumpsuit Justice Has To Go” by Ellen Davidson.