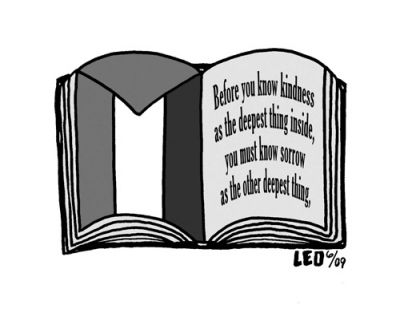 There is often a fear among critics of literature that overtly “political” poetry, in trying to both educate and aesthetically please, will succeed at neither. While Poets for Palestine at times demonstrates the reason for such concerns, more often the collection acts as a testament to the role of art in bringing us into the emotional, meditative and metaphorical landscapes of a people facing injustice.

The anthology was compiled and edited by Palestinian-American poet and journalist Remi Kanazi and features works by several Palestinian poets, as well as writers of other nationalities including Syrians, Lebanese and Sudanese. While focusing on the continued occupation of Palestine, the poets take on social justice struggles around the world. The range of voices and topics represents how, in Kanazi’s words, “the basic appeal for justice … transcends designations such as Arab and Christian and black. It is a fundamentally, irreducibly human appeal.” Palestinian artwork, often depicting — realistically or abstractly — conditions under Israeli occupation, is reprinted throughout the anthology.

While the inclusion of spoken word poetry broadens the anthology’s stylistic scope, these poems tend to illustrate the grounds for critics’ fears of political poetry. For instance, Nizar Wattad’s (a.k.a Ragtop) “Free the P” is essentially a list of injustices, stylistically connected through the use of alliteration, such as “Politicians getting Paid to Put People in Prison.” There is no unique perspective offered here, nor concrete details or metaphor to make one viscerally feel the impact of these injustices. In addition, nothing particularly interesting happens on the level of form.

The same criticism can be leveled at the succession of rhyming couplets (the standard aabbccddee rhyme scheme that is often the basis for spoken word poetry) in the N.O.M.A.D.S. “Moot.” These spoken word pieces, including Junichi P. Semitsu’s “Palestine in Athens,” in which the speaker states, “I want the Olympic Congregation/ to recognize a nation/ named/Palestine,” offer didactic and singular messages, which, like protest slogans, get the point across clearly, but are neither intellectually nor aesthetically very interesting. If these poems seem one-dimensional, it could be in part because the other dimensions cannot be expressed on the page. The listener at a spoken word performance could have a very different experience than the reader. Perhaps a CD should have been included with the anthology, or recordings of the poems made available online.

This shows how difficult it is to write artistically about social injustices, and gives all the more reason to marvel at the many successful poems in this anthology. For instance, in Hayan Charara’s “Hamza Aweiwi, a Shoemaker in Hebron,” the reader is introduced to a man who “admits he does not wash his clothes” and a young girl who “knows grown men/should not smell this way.” We are not told this is unjust, we literally smell it, reminding us that politics is not above life, but rather is life.

There are also poems that make declarations in powerful and nondidactic ways, like Naomi Shihab Nye’s “Kindness.” “Before you know kindness as the deepest thing inside,/you must know sorrow as the other deepest thing.” Nye’s work here is reminiscent of the great Persian mystic poets like Hafez and Rumi, offering profound and layered messages with simple statements. Also bordering on the mystical, though in a far more contemporary way, Mahmoud Darwish’s poems in this anthology show why he was, and continues to be, so beloved in Palestine and throughout the world (his 2008 funeral was attended by thousands of Palestinians). In his poem “Another Day Will Come,” he presents a simple yet profound vision of the future (presumably free of occupation): “later/we will grow older. We have enough time/ to grow older after this day…”

The voices of the concerned people outside the occupation of Palestine deliver a powerful impact. American poet Philip Metres shows a compassionate awareness in “Letter to My Sister,” in which he describes a photograph in a newspaper: “a staggering crowd, arms entwined/and straining, as if to hold something back./It could be us, facing danger constantly/offscreen. No, we were born here.”

There are, as well, poems by a few notable Jewish-American poets, such as Kathy Engel, Alicia Ostriker and Marilyn Hacker. Unfortunately, however, none of these poets really engages the tension between the Jewish people’s history of victimization and a Jewish state that uses that history to justify its oppressive policies.

Regardless, this anthology deserves to be recognized as an important book, all the more so because its contentious subject matter makes it likely to be ignored for review in most (if not all) mainstream publications. The anthology provides an important service of introducing more Western readers (particularly in the Palestinian rights activist community in the United States) to the writing of Middle Eastern poets, many of whom are not widely translated into English. Yes, some of the poems could not quite carry the burden of their difficult subject matter. But these slip easily from memory, while the poems that tackle social injustice artfully, inspiring us with the human necessity to create, despite some of the most inhuman acts and conditions imaginable, are difficult to forget.

Jacob Scheier is the author of the poetry collection More to Keep us Warm (ECW Press), which was awarded Governor General’s Literary Award for Poetry in 2008 by the Canada Council for the Arts. 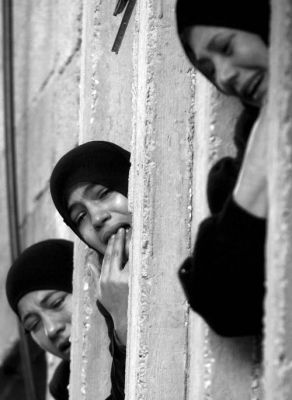 I was born overseas
A refugee
With little knowledge of myself or my ancestry
Growing up in American society
I conformed to the mentality
I watched MTV
Envied actors and people who drove Mercedes
I didn’t listen to Public Enemy or read Edward Said
Comprehend the need for autonomy
I was a dark kid, trying to be a white kid, acting like a black kid
In my middle-class economy
But my mom didn’t speak this language perfectly
And I was reminded with certainty
My name wasn’t Ali or Punjabi MC
Not Khalid, Rashid, or anyone from Aladdin’s family
I was just me

Published in Poets for Palestine and reprinted with permission.