Innovation in mainstream rap means new ways to rhyme the same four-letter words, fresh ways to degrade women or the invention of new epithets to use against homosexuals. While so-called “conscious” hip-hop has proliferated in recent years, it often lacks raw emcee skills or production quality. This makes die-hard fans who are also politically progressive cringe and think twice before breaking the cellophane off the latest album.

Such fears are already buried by the time the intro track ends and “Vietnam,” the first song in The Narcicyst’s new self-titled album, begins. When the bass line kicks and the Narcicyst tears into the first verse you might have already forgotten the last dozen tracks you heard on the radio that nearly made you vomit. The horns and violins — which could have been recorded by Miri Ben Ari, hip-hop’s premier violinist — are mixed with a hard-hitting beat that you can’t keep your head from bumping to. The production is reminiscent of a mix between Kanye West and Jedi Mind Tricks’ producer Stoupe the Enemy of Mankind — two of hip-hop’s finest.

Palestinian singer Shadia Mansour’s exquisite voice graces the track “Hamdulilah” (Arabic for “Be Thankful to God, Thank you God”) and The Narcicyst, a.k.a. Yassin Alsalman, lays down smooth rhymes. In the track “P.H.A.T.W.A.” which has an accompanying music video, the Canadian-Iraqi Alsalman is racially profiled, detained and threatened at an airport while entering the United States. Yet he somehow manages to turn the experience into something humorous. It might even make you laugh before realizing that the song could be based on the rapper’s personal experiences (minus the hooded Guantánamo prisoners in orange jumpsuits doing the doo-wop while The Narcicyst gets interrogated). “Iraqi Prime Time News” and the track “Sumeria” with the hook: “My only love is the land of Sumeria/Where my grandma was buried in” gives insight to someone of Iraqi descent being a helpless observer to the destruction of their four thousand year old civilization.

Going farther than his previous releases, the album also tastefully delves into the rapper’s personal life, including the loss of loved ones and even his relationship with his wife. And yes, completely absent from the album are the word “bitch,” threats to homosexuals and promises to wipe out the residents of nearby neighborhoods. A practicing Muslim, Alsalman reveals himself as a peace advocate.

Lyrically, The Narcicyst holds down the entire album, flowing on beat while staying original and keeping his rhymes fresh. The Narcicyst is the rapper’s ninth album. His versatile rhymes match the diverse beats from his eight different producers (including himself). No two tracks sound alike. Some listeners may not appreciate the diversity and leave the album craving more bangers like “Vietnam,” but all will feel they’ve gotten their money’s worth: out of 19 tracks, there are at least a dozen quality songs. Some even remind you why you fell in love with hiphop all those years back. 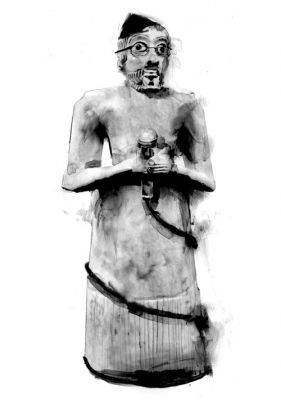 Jaisal Noor of The Indypendent recently caught up with Yassin Alsalman to talk about music and politics:

Jaisal Noor: One of the major topics you cover in your music are conflicts in the Middle East. And you also talk about your personal experiences — the animosity that you face on a daily basis as someone of Arab descent. How do you turn that into something positive?

Yassin Alsalman: If I was to get violent, then I would be doing exactly what the system wants me to do and at the same time continuing a long legacy of mistakes on a human level. Hamdidillah, I have never been through war, but I have family members who have. So, the way I stay non-violent is by writing. As much as that doesn’t do that much to change things, it’s the least and the most I can do. As anyone else, if I got punched in the face I would try to punch someone back in the face. But I don’t believe violence is the answer against the system because the system will use that against you in the long run. As the Prophet said, the pen is mightier than the sword.

JN: You have several tracks that deal with the way society looks upon Arabs and people of Middle Eastern descent.

YA: [The story in the] My P.H.A.T.W.A. video really happened. I combined three different trips to the United States for the video. I have been held at borders for three hours and questioned; and they went through my computer and all my stuff and asked me to write down people’s names, why I am doing this, why my mother is a teacher, and why my father is an architect. They strip you of anything that you know and make you paranoid. I haven’t faced the worst of it, but with my artwork I would like to be able to shed light on these things that happen and show people how ridiculous this shit is. It’s so ridiculous to be profiled knowing that the white guy in front of me, the black guy behind me and the Mexican guy behind him didn’t have to go through what I just went through. It’s obvious that it’s a racist thing, but you are telling me it’s not a race thing. It’s just as ridiculous as a guy from Guantánamo doing the doo-wop behind you while you are being questioned. And that’s the exact reason. We put the doo-wop in the video, because it shows how ridiculous this situation is.

JN: You included several humiliating experiences at airports in your video, which is actually hilarious. Can you go through that process with us?

YA: I leave those situations drained but I almost can’t believe what just happened — that was a joke right? Because they will do all that shit and they’ll ask you ludicrous questions and fingerprint you and pat you down, and go through all your bags and then say, “You’re allowed into the States, no problem.” Initially when it happens, you are really vexed. But later on you realize how silly it was. I wanted to show people in the video that number one, despite all these things we go through, you can’t bring us down. You can’t make us feel like we aren’t anything, because we know what our worth is as human beings, and as a culture. And number two, [the video] is funny to the point of discomfort, like when the Israeli officer comes in the room and says, “Why don’t you tase him already?” and the guard says, “The Palestinian is in the other room bro.” When I premiered it, I’ve seen people laugh, but at the same time [they] experience this almost guilty discomfort for laughing. That’s exactly why we did this, because it’s really not a joke.