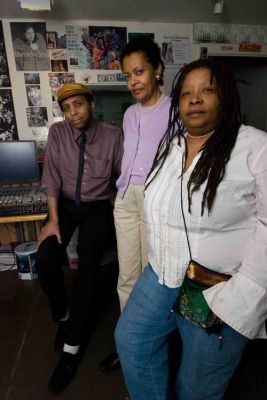 When LaVarn Williams was installed as WBAI-99.5 FM’s acting general manager May 7, she took over a community radio station reeling from more than $1.1 million in debt and seemingly exhausted by years of mismanagement and factional infighting. Four weeks later, Williams was ebullient after the station’s spring fund drive surpassed all expectations.

“This is a renaissance. This is a rebirth but it has to be sustained,” Williams said. “All the naysayers said it wouldn’t happen, but it did.”

“It’s a prime example that management matters,” said Jamie Ross, a member of WBAI’s listener- and staff-elected Local Station Board (LSB), which oversees the station. Ross was among the majority of LSB members who supported the recent replacement of former General Manager Tony Riddle, as well as longtime Program Director Bernard White.

“Within a week, the staff saw the benefits,” Williams said. “They realized they needed to adopt the pitches and the methods he uses on-air. He was the catalyst in turning things around.” Williams said that Bates will take over as program director June 8.

Williams said her next goal was to make sure premiums promised during the fund drive are mailed out promptly to donors, something WBAI has struggled with in recent years. She’s also looking to shake up the station’s programming.

For starters, Democracy Now!, WBAI’s most popular program, will move up an hour and air live at 8 a.m. Williams is also considering bringing back controversial health guru Gary Null.

—LSB elections are later this summer. Listeners who donate a minimum of $25 or three hours of volunteer labor are eligible to vote. Deadline for becoming an eligible voter in this year’s elections is June 30.

—Supporters of WBAI’s ousted management are holding a protest at the station June 17 at 5 p.m. For more information, see takebackwbai.org. To check out WBAI, go to 99.5 FM or see wbai.org.