The Mexican government is considering revising its child protection laws to require state and municipal authorities to round up kids living or working on the streets and place them in the care of social service agencies. Authorities that fail to do so would face $420-per-child fines, the Christian Science Monitor reports.

“The politicians want to create a fictitious city, where they say poverty does not exist,” said David Espinosa of the Center for Social Development, one of 60 organizations that signed a letter against the proposal, which was introduced in May. A 2004 U.N. report estimated Mexico had almost 110,000 street children. 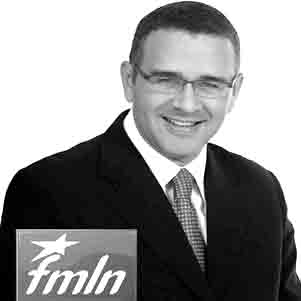 Promising a “peaceful revolution” to remake his country, Mario Funes was sworn in as El Salvador’s first leftist president June 1. The inaugural ceremony was attended by representatives of 74 nations including 12 heads of state. Funes won the presidency in March as the candidate of the FMLN, a former guerrilla movement that turned to electoral politics following a 13-year civil war that ended in 1992.

On May 20, Funes met for five hours with Venezuelan President Hugo Chávez and discussed expanding economic ties between the two countries.

“Only solidarity and the spirit of Latin American unity that is behind it, is going to make the transformation of our nations possible,” Funes said.

Twenty-five U.S. soldiers were killed in Iraq in May, the deadliest month for U.S. forces in that country since September 2008. Speaking with journalists on May 26, Army Chief of Staff George Casey said the Pentagon was prepared to maintain combat forces in Iraq until 2019.

President Barack Obama has promised that he would withdraw all combat troops by August 2010. Under a Status of Forces agreement signed last year, the United States and Iraq have agreed that all U.S. forces would leave by 2012. The United States currently has about 139,000 troops in Iraq and 52,000 in Afghanistan.

The United States is planning a massive diplomatic presence in Pakistan similar to its current embassy in Iraq. In a recent funding request, the Obama administration asked Congress for $736 million to build a new U.S. embassy as well permanent housing for U.S. officials in Islamabad. The request falls just below the $740 million cost of the U.S. embassy in Baghdad. Funding for the new embassy would represent almost 40 percent of the $1.9 billion aid package for Pakistan that the U.S. House of Representatives recently approved.

According to the U.N. World Food Program, more than a quarter of Pakistan’s population of 173 million people suffer from malnutrition.