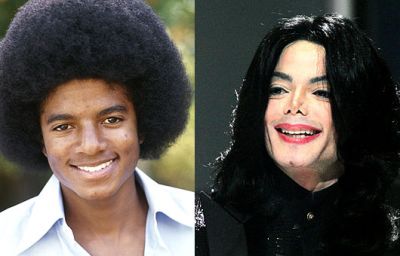 “What is wrong with Michael Jackson?” I asked so much it became a punch-line. Like most jokes, it overpowered anxiety of looking at Michael’s thinning body and ghoulish face. Now that he’s dead, I can ask why we didn’t stop joking. Maybe we couldn’t afford empathy while he was alive. He might release another desperate album, dangle his toddler over hotel railings or another boy would leave his bed singed by hand-prints.

But I wanted to know because before he was “Wacko Jacko” he was simply Michael. He achieved a first name intimacy with the world. Everyone loved him and because he came from us his stardom meant that we to could be known. He was this skinny kid and like us was coy. And he moon-walked. He glided over glowing sidewalks, spun and never fell and that’s what I loved about him. I was seven but I knew that color meant weight. We lived in the projects, an adult word that came later. I didn’t have the language of race only the feeling of pressure. Eyes watched me and I watched myself. I was told to lock the door because junkies might break in and close window-shades so people don’t see what we have and don’t talk our business in the street. The pressure of danger, some real some imagined, surrounded us. But at night we watched TV and my Mom pointed over my shoulder at Michael in the “Billie Jean” video, dancing through trash strewn streets as if free from the weight. “He’s the first black man on MTV,” she said and I saw the city glow beneath his feet.

Michael also taught me how to be ugly. At school we divided the play ground into Good Clothes/Bad Clothes. The Good Clothes kids had name brand sneakers, pressed hair, sport-team shirts and laughed at us with knock off Velcro shoes, thread-bare pants and checkered shirts. They laughed and laughed until Thriller hit and we were pushing each other out of the way to do the Zombie dance but the Good Clothes were too careful, trying not to scrape shoes or stain pants and gave up as the Bad Clothes kids took it. We already looked like zombies, gaunt, tattered, and exuberant. We rolled and kicked our feet, thrust arms around our heads because we had nothing left to lose. No one was worried about wrecking store bought status. Our ugliness was power and we never let them forget it.

Michael was left behind when we jumped into adolescence. We had to act grown, which may be the rite of passage of teenage; the constant try to go from child to adult instantly and the lessons learned from failing. In high school, music was currency from the adult world and we traded it like cigarettes in prison. “You got Motley Crue?” We look around. “Yeah, you got NWA – No but I got Ice-T – Alright hit me.” The louder, angrier, funkier, obscure the music the higher one’s reputation. No one traded Michael. He was too falsetto, too boyish for those of us trying to look like the tough asses on Yo! MTV Raps. By the time his 1987 Bad record came out he was a target of our scorn. We scrawled on the album posters in the subway, Bad Nose Job, Bad Skin Cream, Bad Music. Somehow we sensed that as eager we were too leave childhood, Michael was content to stay in it.

Over the years he flashed his glove on TV and it seemed his shades, military jacket, boots were a sarcophagus. He bought a fantasy world called Neverland. He bought llamas and monkeys. He bought whiteness. He brought children into his bed. Each new headline was a police do not cross tape across the memories where wonder danced free and the city could glow under our feet.

He was a joke, an embarrassment until I saw the movie Three Kings. In it a trio of greedy U.S. soldiers stole gold and one, played by Mark Walberg, caught by Iraqi soldiers was taken into a basement to be tortured. Tied to a chair, he nervously eyed the electric wires clamped to his head. The Iraqi officer asked coolly, “What is the problem with Michael Jackson?”

Walberg blinks through sweat, says he doesn’t know. The Iraqi holds up his hand as if it’s the Glittering Glove, “He come to Egypt I see picture of his in his hotel. Hello I’m Michael Jackson with my chop up face. Your country make him chop up his face.”

“That’s bullshit he did it to himself,” Walberg says but the Iraqi officer slams him. “You are the blind bullshit my main man,” the officer circles him. “I think you’re sick fucking country made the black man hate himself just like you hate the Arab and the children you bomb over here.” I paused the scene and thought yeah Michael is a symptom of America. He’s not a joke but a lesson and a warning. I pulled Du Bois The Souls of Black Folk off the shelf to read his definition of Double-Consciousness, to know how the man who sang Soul and Neo-Soul could destroy his own. His classic line gushed from that split we all straddle, “this sense of always looking at one’s self through the eyes of others, of measuring one’s soul by the tape of a world that looks on in amused contempt and pity.”

By this time, I’d started teaching at a state college and each class I fiddled with lesson plans to jolt the students. First day of the semester, I walked in to my African-American Literature course. Faces took my measure as I handed out papers. “Please flip them over.” They did and saw photocopies of Michael’s face spanning from beautiful brown to ghostly white and Lil Kim from sullen pout to bulb-cheeked mannequin.

“We assume,” I intoned. “Ideas are immaterial but hopefully these images show that ideas are real and can determine our actions and our lives.”

They gawked at the photos.

“How many of us have been called too fat, too thin, too dark or too nappy and stood in front of a mirror wanting to be different.”

Everyone raised their hand including me. “So did they; except their self-hate had a budget. Part of the goal of Black literature is to shift the questioning from our self-worth to question the worth of the ideas we believe in. Ideas of beauty. Ideas of power.”

We read Du Bois and began to see the invisible eye that floats above us, watching us watch ourselves. A young man sitting mid-row shook his head, “They called me Zulu, shadow and remember that Dave Chapelle skit.” I rolled my eyes, pissed at the comedian for making color a joke again. “Darkness. Darkness. They were on me with that. Darkness.” People nodded, hummed yes as his words flowed over shame like a stream.

Class ended. As I stacked the papers I stared at Michael. “You’re not going to last long,” I muttered. When the news of his death hit, I was sad but not shocked. He looked dead already, a waif spirit looking for an exit out of the world. The eulogies began and have yet to end but I remember when he was killing himself slowly in public and most of us, me included, made jokes about it. Although his music is the gift most celebrated, it’s the lesson he couldn’t learn that I keep. At some point, to survive, we have to take off the mask we wear for others and demand to be loved without it.