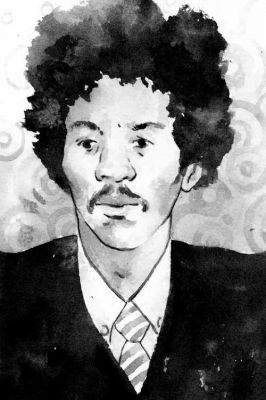 On Thursday, Aug. 14, 1969, two distinct groups packed the bus from New York City to Monticello, N.Y. The people in the back were going to the Woodstock rock festival; the ones in front were bound for the Borscht Belt. One elderly woman turned to me and my two friends and asked, in a Brooklyn-Jewish accent almost as thick as my grandmother’s, “What is this, a hippie convention?”

I was 14. (Yes, I had permissive parents.) It was an epiphany of cultural validation. The three of us had been too rebellious to fit in with the smart kids in our Long Island junior high, too soft and cerebral for the tough kids, and against the Vietnam war in a seriously polarized America. The 1960s have been mythified as a time of peace and love, but in much of the nation, long hair and antiwar attitudes were often an invitation to a gay-bashing even if you were cast of the purest hetero vanilla.

Now we realized we weren’t alone in the world. There were 400,000 of us, sharing smoke, food and orange juice according to the principle of “from each according to their abilities; to each, take a hit and pass it.”

The music was great too. Richie Havens wailing “freedom” while flailing his acoustic guitar; Santana’s fusion of Afro-Cuban drumming and acid-blues guitar; Creedence Clearwater Revival’s concise, choogling swamp-rock tunes; Sly and the Family Stone exhorting “I want to take you higher” over crackling electric funk; and Jimi Hendrix’s cosmic blues, bringing up the sun over the debris of Monday morning.

I’m not into Woodstock nostalgia, however. It’s kind of hard to be when most of the era’s bestknown songs have been licensed to shill for credit cards and SUVs. Corporate America saw those 400,000 people too — and it realized that the “counterculture” was a viable mass market. The festival was also a landmark on the path to the resegregation of rock ‘n’ roll and popular music.

The Top 40 radio of the mid-1960s was rigidly commercial, but gloriously catholic. On a good night, you could hear Aretha Franklin, the Beatles and Johnny Cash backto- back. The low cost of recording and manufacturing 45-rpm singles gave independent record companies a chance, and a good reaction on local radio could win unknown artists national hits. In June 1967, Atlantic Records, then a New York-based indie label, had 18 records in the Billboard Top 100, including Aretha Franklin’s “Respect.” Virtually all 1960s soul and R&B records came out on indie labels, most notably Motown and Stax-Volt, as did the early releases by the Rolling Stones (on London) and the Doors (Elektra).

The emergence of FM radio around 1967 created an alternative, for both good and bad. It gave musicians and DJs more freedom; a place for songs that weren’t three-minute current hit singles, that were too long, too odd or too political for Top 40. FM freeform radio DJs might play Cream next to Robert Johnson (the 1930s blues singer who wrote “Crossroads”), the Beatles next to a Ravi Shankar raga. On the other hand, this new freedom was essentially a white niche market. You wouldn’t hear James Brown.

The evolution from singles to albums meant that record labels needed a lot more capital, especially for studio and packaging costs. That made it harder for indie labels to break through, and the newly discovered mass market enticed corporate takeovers. Within a few years of Woodstock, Warner Brothers would acquire Atlantic and Elektra. Within a decade, six corporations would control more than 80 percent of record sales. Since then, mergers have reduced that number to four.

As rock audiences got bigger, sports-arena shows superseded the hippie ballroom-theatre circuit. The Fillmore West in San Francisco and the Fillmore East on the Lower East Side closed in 1971; the Grande Ballroom in Detroit shut down in 1972. These weren’t grassroots collectives by any means, but they were strongly connected to local musicians and scenes, hiring local artists to do their now-legendary psychedelic posters. (The current “Fillmore” clubs in New York and Miami Beach are owned by radio/concert oligopoly Clear Channel, which bought the rights to the brand name.)

Free-form FM radio succumbed too. Radio marketing consultants targeted the 15-to-24 white-male demographic, imposing playlists and severely narrowing the definition of “rock.” The new format was called AOR, “Album-Oriented Rock.” By the late 1970s, people bitterly joked that it stood for “Apartheid-Oriented Radio.”

Rock ‘n’ roll’s emergence in the early 1950s broke racial barriers. This wasn’t just about white youths discovering Afro-American music, or white musicians imitating blues and soul (though there was plenty of that, and some was embarrassing). It flowed more than one way.

White musicians played in the Stax-Volt and Motown studio ensembles, and even in James Brown’s band. Some of the deepest soul records ever, by Aretha Franklin, Irma Thomas and Wilson Pickett, were cut at the Muscle Shoals studio in Alabama, with a band of white Southerners that occasionally featured Duane Allman on guitar. Black musicians embracing psychedelia included Jimi Hendrix, George Clinton’s Funkadelic, the Chambers Brothers, and future Miles Davis guitarist Pete Cosey. Santana and Malo (with Jorge Santana, Carlos’ brother) emerged from the thriving Latino-rock scene in San Francisco’s Mission District.

Soul artists also translated counterculture concepts into their own style. Sam Cooke said he wrote his 1964 civil-rights anthem “A Change Is Gonna Come” after hearing Bob Dylan’s spiritual-protest song “Blowin’ in the Wind.” The Beatles’ Sgt. Pepper concept album at least partially begat Marvin Gaye’s 1971 masterpiece, What’s Going On? Their “Eleanor Rigby” inspired a 21-yearold Jamaican singer-songwriter, who was then illegally working the night shift in a Delaware car factory under the half-pseudonym “Donald Marley.”

By 1969, however, several trends were resegregating music. The Top 40 radio audience was splintering into niche markets. The integrationist dream of the civil-rights movement was collapsing after the assassination of Martin Luther King, Jr. Most insidious was the counterculture’s definition of “rock.” By rejecting the danceability and songcraft of three-minute singles as “commercial,” it essentially rejected soul music.

Woodstock’s booking reflected this. Yes, people remember Richie Havens opening the festival and Jimi Hendrix closing it, Sly Stone as a high point and Santana as the best new band — but of the 32 acts on the bill, those four were the only ones fronted by black or Latino performers. (A few more, including Janis Joplin, had black sidemen.) Sly, as far as I can remember, was also the only band at Woodstock in which women played instruments other than acoustic guitar.

It’s conceivable that soul acts such as the Temptations or James Brown might not have wanted to play in a muddy field with uncertain prospects of getting paid. But two years before, Otis Redding had been one of the stars of the Monterey Pop Festival.

Another gross omission was that for all the hippie veneration of he blues, the closest Woodstock got was Chicago blues-rock singer Paul Butterfield. This wasn’t because the originals weren’t available. Muddy Waters and Howlin’ Wolf, the two titans of Mississippi-to-Chicago blues, were still phenomenal performers even though they were both pushing 60. John Lee Hooker was about to record with Canned Heat, who were on the bill. B.B. King was a regular on the Fillmore circuit, as were talented lesser-knowns like Willie Mae “Big Mama” Thornton, who’d done the originals of “Hound Dog” and Janis Joplin’s signature song, “Ball and Chain”; James Cotton, who’d played harmonica with both Muddy and the Wolf; and Albert King, a stinging soul-blues guitarist who’d influenced Eric Clapton almost to the point of plagiarism. Any one of them would have gone over well, and they all definitely could have used the exposure.

These trends advanced through the 1970s. By 1983, music genres were so segregated that CBS Records had to threaten to boycott MTV before it would air Michael Jackson’s “Beat It” video. It wasn’t “rock,” network executives said, despite the Eddie Van Halen guitar solo.

The deregulation of radio ownership in 1996 enabled mega-mass media corporations such as Clear Channel to gobble up hundreds of local stations, accelerating the tyranny of music formats as narrow and homogeneous as fast-food menus. Current popular music is a multitude of niche markets. If hiphop is self-consciously black, often to the point of caricaturing ghetto realness, indie rock is insularly and nerdily white.

This has much more to do with marketing than with people’s ethnic tastes. Heavy metal is often considered one of the whitest genres there is, but there are thousands of Latino metalleros banging their cabezas in Queens, Buenos Aires and Guatemala City. My greatest musical pleasure this summer has been another outdoor festival: Celebrate Brooklyn in Prospect Park, where for a $3 donation, funky, multiracial crowds have turned out for the Venezuelan funk-rock band Los Amigos Invisibles, reggae veteran Burning Spear and the Sufi-bhangra-rock mashup of Bollywood singer Kailash Kher.

So let it be with Woodstock. As the 1950s comedian Lord Buckley put it, “The bad jazz that a cat blows, wails long after he’s cut out. The groovy is often stashed with their frames.”