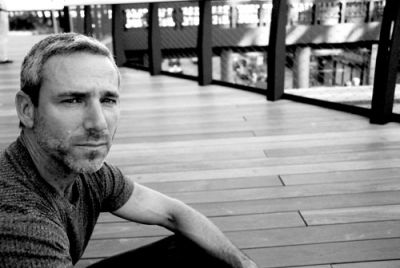 The elevated High Line Park — lined with native grasses and lounging urbanites — seems to have lifted the Meat Packing District to a near heavenly status.

But people like Tim Keating are working to bring New Yorkers back to reality.

When Keating, the executive director of Rainforest Relief, walks the High Line he points out the ipê wood that was used to construct the park’s decking, bleacher seating, chaise lounges and benches. That’s right. New York’s trendiest new park was constructed through the destruction of the Amazon rainforest.

“The use of ipê is mostly for aesthetics,” says the organization Rainforest Relief on its website. “Apparently, Friends’ [of the High Line] designers care more for their accolades than they do for the death of Earth’s most diverse ecosystems or the murder and displacement of indigenous people at the hands of illegal loggers.”

Ipê is a term that groups together seven hardwood tree species, which are heavily logged in Brazil and Peru. According to Rainforest Relief, the trees do not grow in high densities — only one or two individual trees per acre — so an estimated 28 other trees are cut just to harvest one ipê tree. The market for quality wood is the primary factor leading to Amazon deforestation.

Friends of High Line Park defend their choice of wood for Section 1 of the project, which extends from Gansevoort to West 20th Street, claiming that “the ipê wood used on the High Line was chosen for its longevity and durability, and taken from a managed forest certified by the Forest Stewardship Council (FSC), which is recognized for creating and enforcing the world’s strongest standards for forest management.”

However, Rainforest Relief and sister group Rainforests of New York claim that the FSC certification process is “riddled with controversy,” pointing to cases of FSC-approved old-growth forest logging in South America and to Brazil, where a nonviolent, grassroots campaign of indigenous people and campesinos rose up against an FSC-certified plantation.

Rainforest Relief says it is asking Friends of the High Line to consider several longer lasting alternatives to ipê for Section 2 of the project, which will extend the walkway to 30th Street and is slated to be completed in 2010. Among the options are recycled plastic lumber, sustainably logged black locust trees and previously cut ipê logs that are submerged in the Panama Canal for preservation. Ipê can show signs of deformity after 20 years, while recycled plastic lumber can last a century.

Bloomberg called for a 60 percent reduction in the city’s use of rainforest wood by 2020 in a February 2008 speech to the U. N. General Assembly. “New Yorkers don’t live in the rainforest. But we do live in a world that we all share. And we’re committed to doing everything we can to protect it for all of our children.”

The environmentalists remain hopeful, yet skeptical. “With newly proposed marine transfer stations, miles-long renovations of Hudson River Park and dozens of other projects — none of which are counted in his [Bloomberg’s] reduction plan — NYC is actually geared to double its consumption of tropical hardwoods,” Rainforests of New York said.

Epic Escapism: A Review of into the Wild

Hudson Is Not My Hero: Anniversary Highlights 400 Years of Exploitation