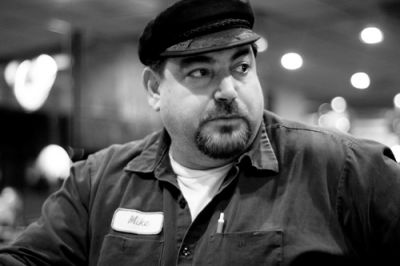 It seems that the Bronx produces some tough cookies.

The 136 workers at the Stella D’oro Biscuit Co. say they will not back down in the battle to save their jobs that disappear in early October.

After a June 30 ruling by the National Labor Relations Board gave the workers victory in an 11-month strike over proposed wage cuts, they are now fighting to keep the company’s owner, Connecticut-based private equity firm Brynwood Partners, from shuttering the Bronx factory and moving their jobs out of state.

Brynwood announced Sept. 9 that it would sell the Italian biscuit brand to snack food giant Lance, Inc., which plans to make Stella D’oro products in a non-union factory in Ashland, Ohio. The sale is currently pending.

“I will do anything possible to stop the sale,” said Mike Filippou, the lead strike organizer who worked at the factory as a mechanic for the last 15 years. “We have to show other people that we will fight and not leave these investors, who want to make a quick dollar, to ruin our lives.”

Filippou, however, is already out of work after being fired by Brywood Sept. 15, a termination he feels was in retaliation for his strike role.

Micah Landau, with the Committee in Support of the Stella D’oro Strikers, says that a large community is ready to stand behind the workers. Just three days after receiving notice of the pending sale and loss of their jobs, Landau said that about 50 workers and 80 supporters marched in the New York City Labor Day Parade and received applause from the labor supporters who lined the street.

“We were cheered the entire way,” Landau said.

A rally is planned for Sept. 25 at the headquarters of Goldman Sachs, a major investor in Lance, Inc. The group will then march to City Hall to encourage the City Council to take action to save the Bronx jobs. The council passed a non-binding resolution July 29 in support of the Stella workers.

“We now need the Council to come through in a material way,” Landau said.

“They cannot make the cookies without us,” Filippou said. “We need to fight and do everything we can to stop the sale. It’s like the Yankees. When you think Stella D’oro, you think right away, the Bronx.”