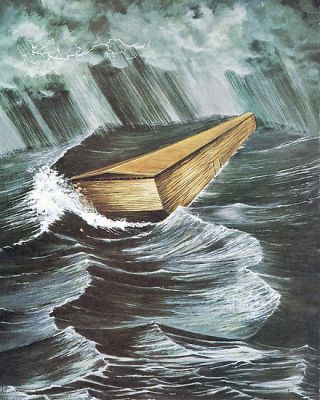 September 2005, people cradled bags as they waited outside the New Orleans Superdome. Some pointed nervously at the dark sky. Thunder cracked and storm-waves lashed the levees until they broke and a flood poured in the streets. Wading through wind and waves, thousands more fled to the Superdome.

Four years later, August 2009 thousands of people again hoist bags and line up outside another indoor arena, the Inglewood Forum. Volunteer doctors from the non-profit group Remote Area Local unfold chairs and plug in lights as anxious people walk in for free medical care. Most have jobs but their insurance won’t cover basic needs like new glasses, teeth pulls or mammogram tests.

A TV anchor held a camera like a magnifying glass, showed a man who said of his tooth, “I was going to take the damn thing out with pliers.” Around him were a few of the 47 million people who don’t have healthcare in the U.S. unseen behind them were the 37 million Americans in poverty, invisible under them were the 3 billion people in the world who live on less than a dollar a day.

They are economic refugees displaced by the rising cost of life. In 2008 the men of Wall Street were caught playing a ponzi-scheme with the world’s money. They stacked numbers on top of numbers to create illusionary wealth and inside this swaying tower of debt sold and resold, millions lived and were crushed when it fell. Work disappeared. Riots blew up in Greece and Iceland and China. People could not pay for food. Crowds swirled around aid trucks and snatched at grain. Police fought mobs. Government buildings burned from Mexico to Pakistan to Haiti.

And now the people of the world are asking the state for shelter. The state is the ark and the question is who gets in? Ultimately that is what the healthcare debate is about and afterward it will be the question that immigration reform spins around. Who is inside and who stays out. Obama was elected with a mandate to let us in. We are the ones stranded on the other side of the hyphen. Whether Asian-American, African-American or Latino-American we are the America who gets arrested first, fired first, imprisoned longer and who die younger.

Candidate Obama was the Jackie Robinson of politics, the one to break the color-line. After his victory, the media began setting him against various presidential backdrops; first he was the New Kennedy, charming, handsome, silver-tongued, then he was our New Lincoln whose speeches evoked “the better angels of a our nature” but when Wall Street collapsed and the backdrop changed to Time magazine’s cover showing Obama as Franklin Roosevelt grinning with a stemmed cigarette as he made a New New Deal.

We want him, like Roosevelt, to open the door of the state. After Black Tuesday of 1929, when the American stock market crashed jobs dwindled, people lined up outside soup-kitchens and government offices asking for rescue. Roosevelt rolled out the Works Progress Administration and Social Security while critics from the Old Right, like former President Herbert Hoover were calling it “fascist”.

We hear the same accusations from the Right today. The Obama administration is feebly overhauling healthcare because medical costs are the top reason for bankruptcy in America. Insurance companies will have to cover pre-existing conditions, lower co-payments and maybe compete with a public option. Fox News bi-polar personality Glen Beck shows Nazi film clips and warns against state control. Rush Limbaugh links Obama’s healthcare logo to the Nazi swastika.

At the town halls, Right wing activists shout and rattle signs that Obama = Hitler and STOP SOCIALISM! The contrast between what they’re accusing the administration of and what it’s actually proposing is dizzying. If the Right sees state control where liberals see caring for those stranded outside then we must ask, where is their fear coming from? The answer comes from the psychoanalytic term “projection” defined in The Language of Psychoanalysis as “feelings, wishes or even objects which the subject refuses to recognize or rejects in himself are expelled from the self and located in another person or thing.”

The Right historically has used the state to advance white supremacy and the very violence they fear from the state is the violence they once used the state to enact. When the United States was fused out of colonies it continued the genocide of native peoples and displaced them into wastelands. It continued the slave trade, slavery and after the Civil War, segregation until black people forced it to integrate. In the Haymarket Massacre of 1886 police shot and killed striking workers.

The Right is terrified of the state opening the door to the ark, hence the imagery of Left Fascism because they are already inside and are afraid of sharing a world they once owned. They are afraid of revenge for the historical violence they have done and they are so paranoid they will let the people drown outside. When they are shouting about the barbarians at the gate they mean those at the Inglewood Forum. In the CBS report, anchorman Bill Whitaker asks a grey-haired man what he’d do if the free clinic wasn’t here. The man’s eyes float in his new glasses. He glances to the side, seeing the word he wants but hesitates before saying it. “Suffer.”