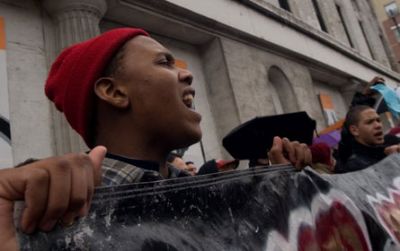 City Councilmember Melissa Mark-Viverito has introduced a bill that would require the city take a census to count vacant property every year. The measure also calls for the city to publish information, online and in print, identifying owners of vacant property as well as when the property became vacant.

However, the legislation, Intro 1089, stops short of provisions that housing and homeless advocates have been agitating for, namely creating affordable housing apartments in so-called warehoused properties that would be guaranteed to homeless and low-income New Yorkers.

(Check out this Gotham Gazette article on warehoused property for more information on this issue.)

“I see the vacant building census legislation as an important first step to address the myriad problems that result from vacant properties,” Mark-Viverito, who represents East Harlem, Manhattan Valley and parts of Mott Haven in the Bronx, said. “The collection and publication of this data by the city will lay the groundwork for further action on this issue.”

The move comes three years after Picture the Homeless, an activist organization founded by homeless people, conducted a count of vacant property around Manhattan and found that 24,000 apartments could come out of the vacant buildings and lots they canvassed. Picture the Homeless, and the Housing Not Warehousing coalition that it leads, have been pushing for action to combat vacant property by fining owners who keep buildings empty and setting aside a significant amount of warehoused units for homeless New Yorkers.

But the coalition’s goals have been stymied by constitutional issues raised by the City Council’s legislative counsel, according to William Burnett, a leader in Picture the Homeless’ housing campaign. The counsel reportedly said legislation that would mandate that vacant units owned by private landlords be rented to low-income and homeless people might violate the “takings clause” of the Fifth Amendment of the U.S. Constitution.

Also, Burnett recounted, the legislative counsel said additional barriers include the 1971 Urstadt Law and a 1989 New York State Court of Appeals decision that struck down a city law which prohibited the conversion or demolition of Single Room Occupancy hotels.

While Burnett of Picture the Homeless said he is “disappointed” by the counsel’s argument, he said the census count bill would be a “strong step forward in creating transparency and keeping both landlords and government honest and accountable to the public.”

However, Burnett stressed, “Our final aim is to ensure units in these warehoused buildings become available for housing for low-income New Yorkers who … deserve to have a stable, decent, affordable and private place to live.”

Last July, 10 people were arrested after occupying and creating a makeshift “tent city” at a vacant lot in East Harlem. The demonstration was meant to pressure the city to turn vacant property into homes for the homeless.

Mark-Viverito said she shares Picture the Homeless and the Housing Not Warehousing coalition’s goals. “The utilization of vacant properties to increase the affordable housing stock is one prospective initiative I will continue to explore,” she said.

In addition to fighting for the passage of Mark-Viverito’s bill, Picture the Homeless has looked to Albany. Members of the group have met with State Sen. Jose Serrano, who represents parts of East Harlem, and the Bronx, on this issue.

“The issue of city-owned vacant buildings is very important to Sen. Serrano … and [he] is passionate about obtaining long-term housing for the homeless,” said Damaris Olivo, a press secretary for Serrano. “We are doing research on the proposal of developing city-owned vacant buildings into mutual housing associations, and the implications that would have for the community at large.”

The City Council legislation, which is co-sponsored by a number of other Council members, is currently in the Committee on Housing and Buildings.

Speaker Christine Quinn’s office would not state her position on the bill. In an e-mail, Anthony Hogrebe, a Quinn spokesman, wrote, “We have referred the bill to committee, where it will receive thorough review.”

Burnett said that Picture the Homeless is “confident” it can “convince enough council members to the right thing and pass the legislation.”

This article originally appeared on Gotham Gazette’s the Wonkster blog.