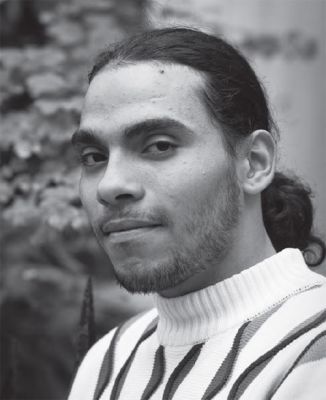 Herberth Rodriguez was about 17 years old when he was evicted from his Bronx apartment after his mother died in 2006. After briefly living with family, he became homeless.

“I didn’t know whether to go to the shelter, I was always in the streets, not knowing what to do,” Rodriguez said.

Now 20 years old, he has finally entered the shelter system. However, according to a recent study released by the Coalition for the Homeless, he may not have a roof over his head for much longer. The report, published on Oct. 4, is sounding the alarm over a “capacity crunch” in the municipal shelter system, particularly for single adults. As hundreds more homeless people enter the shelter system during the cold winter months, the city may run out of beds.

Rodriguez, who has been staying at emergency shelters throughout the city for almost two months, misses his partner and their one-year-old twins, who are currently living with their mother in a cramped apartment.

“[Being in the shelter] hurts, it’s very stressful and depressing,” Rodriguez said.

According to the report, so far this year there has been a 7 percent increase in the number of homeless adults in shelters, the largest increase since the 2001 recession.

Patrick Markee, a senior policy analyst at the coalition for the Homeless, points to the convergence of rising unemployment, increasing evictions from apartments and the lack of affordable low-income housing in the city as the key causes of the crisis.

The potential for the city running out of shelter beds comes as the total homeless shelter population has hit nearly 40,000 — its highest mark since the Great Depression, according to the Coalition for the Homeless.

“As long as profit is the driving motive behind housing policy, you’re going to have a crisis of this proportion,” Mazzoni said.

With virtually all beds currently occupied, advocates worry that the municipal shelter system will soon be pushed to the brink. On the night of Oct. 26, there were only five available beds left for homeless single men, and a dozen vacant beds for homeless single women, according to Markee.

Since a landmark 1981 decision by the New York State Supreme Court and two subsequent court rulings, it is illegal for the city to deny anyone who is homeless the right to shelter.

Despite these numbers, Department of Homeless Services (DHS) Commissioner Robert V. Hess has brushed off the report, saying that as the coalition “continues to cry ‘fire,’” the municipal shelter system is “effectively meeting the needs” of homeless New Yorkers. DHS insists that it will continue to successfully house the homeless and that no one will be turned away from shelters.
However, Markee doubts that DHS will be able to weather the crisis if it continues to follow the same old policies.

“The failure really lies at the feet of the Bloomberg administration,” he said.

While the coalition has been talking with the Bloomberg administration and DHS about expanding shelter capacity since early this year, the group’s calls have gone unheeded. Advocates are also trying to reverse a four-year-old policy that no longer gives the homeless priority when applying for Section 8 vouchers or public housing.

DHS cites Advantage NY, a rental subsidy program that lasts for only two years, as a success in the fight against homelessness, and the department refuses to budge on its current Section 8 policies.

“Although Section 8 is a valuable resource, it is not the answer to the immediate needs [of] sheltering families and individuals during times of high demand,” said Heather Janik, a press secretary for DHS, in an email.

But Sophia Bryant, a formerly homeless disabled nurse who is a member of the activist organization Picture the Homeless, thinks the shelter system is failing to meet the needs of the homeless.