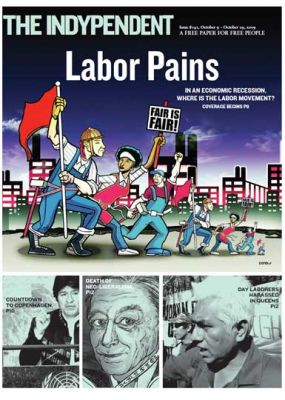 Response to “Working for Change: An Interview with Dan Cantor, Executive Director of the Working Families Party,” Oct. 9:

Working Families Party is, for all intents and purposes, a caucus of the Democrats. Why won’t they just admit that and keep doing what they do? It is disingenuous to pose as an independent party but work within the Democratic Party, with all the deal-making and compromising that entails. How can they claim to oppose Mayor Michael Bloomberg and the term limits coup, then turn around and endorse City Councilmember Christine Quinn (who enabled Bloomberg’s third term) against a progressive challenger?
—Dave Schwab

Responses to “Labor Debates Its Dilemma: Democracy or Power? A Review of Embedded with Organized Labor,” Oct. 9:

I don’t think organizing the unorganized and union democracy are mutually exclusive. The critique is more, as I understand it, that the way SEIU and other unions are organizing in many cases is undemocratic due to workers’ lack of involvement in the process. All too often, the corporate unionism ethos emphasizes “selling” the union card as a commodity, not as a ticket to entering a greater social movement with working people at the fore.
—False Choice

I would disagree that workers’ lack of involvement in the organizing process is necessarily undemocratic. When I think of union democracy, I think of workers having control over the local and making the decisions — and I think the author shares that sentiment. In SEIU and most union campaigns where workers are fighting tooth and nail to join, those workers are an integral part of the campaign — they are the campaign (and the union). In few instances (albeit high profile — nursing homes in California), do bosses allow without a fight the workers to join labor unions. The workers must fight and the organizing union must put in real resources (organizers, money, research). This is where the SEIU model is appealing, because like them or hate them, the SEIU places real resources into organizing new members.
—A Light Purple