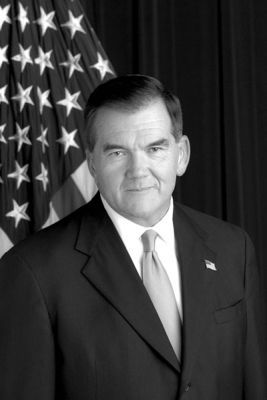 On the morning of Sept. 24, a small group of New School students disrupted a talk by former Secretary of Homeland Security Tom Ridge. During the Q&A portion of the event, New School president Bob Kerrey was interrupted by the ringing of students’ cell phones. New School anarchists and other radical activists then announced their opposition to the event, citing Ridge’s involvement in Bush’s “war on terror,” including its legacy of torturing and abusing detainees.

The disruption resulted in Kerrey closing down the event.

Student and community response to the demonstration has been mixed, with some viewing the protest as childish, while others viewed the very fact that Ridge was invited by Milano and The Center for New York City Affairs to talk as offensive.

“I was shocked that someone from the New School invited Ridge to speak,” said Atlee McFellin, a member of the New School Radical Student Union, the student group that orchestrated a less-than-two day occupation of the Graduate Center last school year. Their demands included the resignation of Bob Kerrey and James Murtha, the school’s Executive Vice President, more student space and better benefits for school employees.

“In terms of building a larger movement though, I don’t really see much point in spending time organizing disruptions like that. It is important that Kerrey doesn’t ruin the direction and historical mission of the university, which he has done to a significant degree, but in the grand scheme of movement building and social change I don’t really see it as having a lasting impact,” McFellin said.