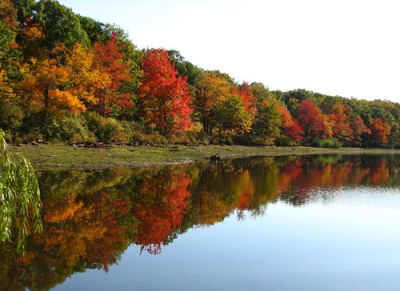 Oil and gas is about economics. When prices go up and stay up, exploration, drilling and production expand. When prices crash, wells are mothballed and exploration plans shelved.

In the summer of 2008, natural gas hit a record price of more than $13 per thousand cubic feet. The high prices, along with technological advances and rebranding of natural gas as a “clean” fossil fuel, spurred a race to exploit unconventional gas sources throughout the United States. (Clean is relative; for the same energy yield, natural gas produces 70 percent of the carbon emissions of oil.)

It’s long been known that shale rock formations contain vast amounts of natural gas, but they were impossible to exploit until the development of advanced methods of hydraulic fracturing. Halliburton invented the process of “fracking” about 60 years ago. The current method uses high-pressure streams of water mixed with chemicals and sand to fracture the shale, releasing the natural gas.

About a decade ago, drilling boomed in the Barnett shale in Texas, aided by “slick-water fracs,” horizontal drilling and advanced imaging of reserves. Since then, shale fracking has spread to Colorado, Wyoming, Arkansas, Pennsylvania and New York’s doorstep, with thousands of wells in play.

Estimates on recoverable shale reserves vary wildly, but the federal government puts it at 742 trillion cubic feet, enough to supply U.S. natural gas needs for more than 30 years at the current rate of consumption.

The boom in U.S. shale drilling is spreading, “raising hopes of a huge expansion in global reserves,” according to the New York Times. “Italian and Norwegian oil engineers and geologists have arrived in Texas, Oklahoma and Pennsylvania to learn how to extract gas from layers of a black rock called shale. Companies are leasing huge tracts of land across Europe for exploration. And oil executives are gathering rocks and scrutinizing Asian and North African geological maps in search of other fields.”

In New York State, no horizontal wells have been drilled in the Marcellus or Utica shale, though these formations have been tapped in Pennsylvania and Canada. (Horizontal wells access more of the formation, allowing for greater recovery rates of natural gas, but this makes them more likely to contaminate water supplies.)

Tapping these huge reserves helped push natural gas prices down to less than $3 per thousand cubic feet earlier this year. Because of the high production costs of shale plays, some energy analysts say a price of $7 to $8 is needed to turn a profit.

But the price crash hasn’t stopped the gas rush. While the severe recession has reduced consumption, it has made many rural residents look to the gas companies for jobs and royalties to stimulate moribund regional economies.

Companies such as Hess Corp., Chesapeake Energy, Fortuna Energy and XTO Energy are offering hundreds of millions of dollars to lease land in New York State. In one instance, Fortuna Energy offered some landowners in New York State $500 an acre now with an additional $5,000 if the state approve drilling. It was a naked attempt to organize a small, but vocal constituency for unfettered drilling.

Local governments are getting in on the act. Broome County, which includes the city of Binghamton, has included in its last two annual budgets $5 million in revenue from leasing 2,100 acres of land for drilling although it has not actually signed any deals.

Yet a number of costs are deliberately excluded: the environment and public health.

Also excluded is proper regulation and oversight, because this might cut into company profits.

New York’s Department of Environmental Conservation notes the entire state is a watershed. Protecting the city’s water supply would only save two of 14 watersheds, leaving vulnerable watersheds that drain into the Great Lakes, St. Lawrence Waterway, Delaware River and Chesapeake Bay.

Additionally, the ProPublica investigative reporting website revealed that in shale drilling in Wyoming, the fracking fluid traveled up to 28 miles underground, contaminating 40 percent of the water wells examined.

Because state and local agencies in charge of overseeing and regulating gas drilling are understaffed and lack resources, companies have plenty of incentives to skirt regulations. Even in the rare instances when they are caught and held liable, fines are just another cost of doing business.