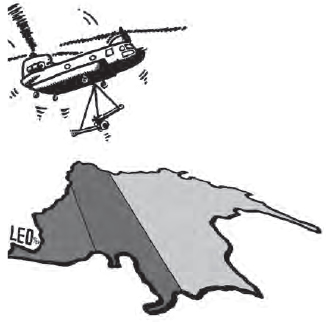 An official document submitted to Congress by the U.S. Air Force earlier this year reveals that it is seeking to upgrade a military airfield in Palanquero, Colombia, that will provide the Pentagon with “…an opportunity for conducting fullspectrum operations throughout South America…”

The Air Force document, entitled “Military Construction Program Fiscal Year 2010,” details a $46 million construction project to enhance “strategic airlift aircraft and refueling capabilities” at Colombia’s primary military air base at Palanquero, located some 60 miles northwest of the capital, Bogota. The document, submitted in May, outlines how the Air Force will spend the $46 million, since approved by Congress, to improve the airfield, associated ramps and other installations and build a 200,000-gallon fuel storage tank on the base.

The plan is to enable the Pentagon to engage in “operations in a critical sub-region of our hemisphere where security and stability is under constant threat from narcoticsfunded terrorist insurgencies, anti-U.S. governments, endemic poverty and recurring natural disasters.”

This information contradicts explanations offered by Colombian President Alvaro Uribe and the U.S. State Department regarding the Defense Cooperation Agreement (DCA) signed by the two nations Oct. 30. Both governments have stated that the military agreement refers only to counternarcotics and counterterrorism operations within Colombian territory. President Uribe has reiterated numerous times that the military agreement with the United States will not affect Colombia’s neighbors, despite constant concern in the region regarding U.S. intentions.

The DCA gives the Pentagon access to and use of seven Colombian military installations at Palanquero, Malambo, Tolemaida, Larandia, Apíay, Cartagena and Málaga. Additionally, the agreement allows for “the access and use of all other installations and locations as necessary” throughout Colombia, with no restrictions. Together with the complete immunity the DCA provides to U.S. military and civilian personnel, including private security contractors, the agreement effectively makes Colombia a U.S. client-state.

To classify a country as “anti-U.S.” is to consider it a state enemy. Given the steady stream of aggressive statements from the State and Defense departments and the Congress against Venezuela, Bolivia and even Ecuador, these are the nations Washington considers a “constant threat.” In this context, the U.S. government’s agreement with Colombia is based on the notion that the region is full of “enemies”.

According to the Air Force document, “The strong security cooperation relationship also offers an opportunity for conducting full spectrum operations throughout South America to include mitigating the Counternarcotics capability.” This supports analysts’ claims that counternarcotics operations are secondary to other U.S. military operations. This is stated more explicitly in another U.S. Air Force document, the “Global En Route Strategy,” delivered in April at a “symposium at Maxwell Air Force Base in Alabama,” according to the Associated Press.

The “Global En Route Strategy” refers to C-17 aircraft, one of two cargo planes that “form the core of the [Defense Department’s] strategic airlift capability.” The Air Force notes that from Palanquero “a C-17 could cover the entire continent, with the exception of the Cape Horn region” if adequate fuel supplies are available. It adds that the counter-narcotics mission in South America “has not required the use of strategic airlift in its prosecution,” indicating the base could be used for aggressive military operations.

The Associated Press report noted this, too: “Beyond counternarcotics, the document says, Palanquero could become … a potential jumping-off point for operations by expeditionary forces.”

These revelations come at a time of tension between Colombia and Venezuela. Recently, the Venezuelan government claimed to have captured three spies from the Colombian intelligence agency, DAS, and discovered several active destabilization and espionage operations against Cuba, Ecuador and Venezuela. The operations — Fénix, Salomón and Falcón, respectively — were revealed in documents found with the captured DAS agents.

The information in the Pentagon documents reveals that Washington seeks to use Colombia as a launching pad for regional warfare. Before this declaration of war, the peoples of Latin America must stand strong. Latin American integration is the best defense against Empire’s aggression.

Eva Gollinger is the author of the best-selling books, The Chávez Code: Cracking U.S. Intervention in Venezuela (2006) and Bush vs. Chávez: Washington’s War on Venezuela (2007). Arun Gupta contributed to this report.