If living well is the best revenge, the residents of the Four Seasons Lodge, a bungalow colony in New York’s Catskill Mountains, have exacted a hefty vengeance. Created by Jewish Holocaust survivors, the summer resort allows those bonded by trauma to commiserate and schmooze despite what happened to them and their families.

Their struggles and triumphs are the subject of Four Seasons Lodge, an intensely moving, life-affirming documentary that is presently being shown at film festivals across the United States and Canada. The film opens with unidentified residents telling viewers about their early years in Europe.

“I was 10 years old when the Nazis came into my town. They killed three people and strung them up. They hung like this for six weeks. That was the beginning,” one man offers.

A woman relates that after her concentration camp was liberated, she learned that every member of her family had been killed from parents to siblings to cousins. “I had nobody left. Nobody,” she says, her voice cracking, her smile fading. “I was 16 years old.” 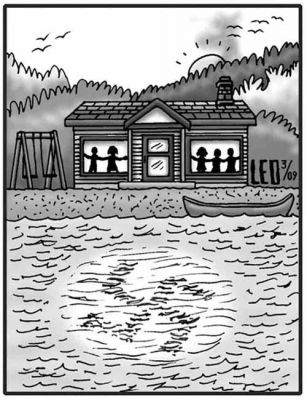 “We stick to each other,” adds a spry 70-something female about the survivor community. “Right away we find each other. We want to be together. We need that.” Some of the women, like widows Olga and Genia, are particularly close. Reflecting on their marriages to men who were first cousins, they admit that “Hitler was the matchmaker. You married who was there, not for love.”

Heads nod in agreement, as if this is also their story. Implicit, never articulated, is the conviction that those who did not experience the Holocaust, including children and grandchildren, cannot possibly understand the hatred they’ve encountered, the brutality they’ve seen, and the losses they’ve suffered.

And perhaps they’re right. Can anyone but a survivor understand the emotional toll of remaining alive when so many perished?

The lodge president sums up what is clearly an overriding sentiment: “I would never have thought that after the Second World War we’d have another life, a good life, here.”

Agreement is again signaled: Lodge life has been wonderful. Since its purchase in 1982, more than 100 people have spent their summers in 52 bungalows on 46 acres, complete with a swimming pool, card room, synagogue and meeting hall. Live entertainment each Saturday night — Borscht Belt comedians and singers — get residents laughing, flirting and dancing, exhibiting a joie de vivre that is, simply put, amazing.

Residents fight, of course, about God, politics and what to eat for supper, but they also find solace, knowing that everyone there shares something that defies logic. “No psychiatrist in the world can heal you of this,” one man states. “You live with it.”

Most interviewees speak directly to the cameras, seemingly eager to condemn Nazi rule. Others refuse, choosing instead to focus on pressing contemporary matters: Illness, aging and whether or not the community should be sold.

Indeed, several years ago the elderly residents voted to put the lodge on the market, then changed their minds. At this point no one knows how much longer they’ll be able to maintain the individual bungalows and keep common spaces in adequate repair.

This poignant reality is underscored by a memorial tribute, in the final credits, to three of the film’s most memorable characters. It also highlights the value of the Four Seasons Lodge. By capturing the indomitable spirit of a rapidly diminishing population, it speaks to the power of community and friendship.

As the Lodgers would say: L’chaim!

Four Seasons Lodge will be running at the IFC Center Nov. 11-17. For more information about the film, see here and here.