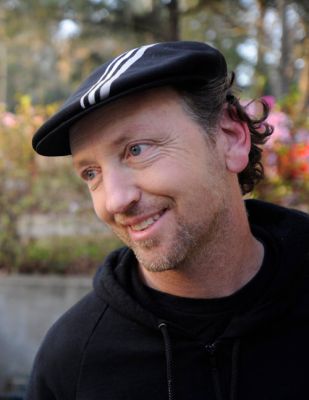 For someone like David Solnit, the best forms of protest put art into strategic action. A key organizer of the 1999 WTO shutdown and a long-time antiwar activist in the Bay Area, Solnit has helped create puppets, costumes and props to bring political messages alive in the streets. But activism is also about precision: Targeting the pillars that hold up power structures. Solnit is again at the center of things as he helps pull together a day of direct action against climate change Nov. 30, coinciding with the 10th anniversary of the protests against the World Trade Organization in Seattle. The Indypendent ’s Jessica Lee snagged him away from organizing for a few minutes to reflect on this political moment.

JESSICA LEE: The protests in Seattle, and subsequent demonstrations since then against the World Bank, International Monetary Fund and trade meetings of the most powerful nations are moments when people shed single-issue politics to focus on fighting oppressive and destructive global systems. How can a global grassroots campaign be sustained outside on demonstrating at these large meetings?
DAVID SOLNIT: Strong summit mobilizations come out of ongoing campaigns, and are the culmination of movement building in our communities. They are not a substitute for them. The institutions we are fighting have many millions of people organized to maintain the status quo and keep us down. I think we have to out-organize them by joining or forming ongoing grassroots organizations, alliances, networks and movements that can wage campaigns that have both winnable goals that improve our lives and assert people power and also keep our eyes on the prize of systemic change.

JL: You are involved in organizing the Global Day of Action for Climate Justice Nov. 30. How are the problems caused by global warming and the hope for climate justice related to what was being fought for in Seattle?
DS: Climate change or global warming and other ecological crises are the result of the same economic system that is at the root of economic injustice and poverty, and of war. Climate is the WTO of this decade—the central arena in the battle between social movements fighting for a better world and globalized corporate capitalism pursuing its doomsday mission of endless growth to concentrate power and wealth. If corporations get their way, carbon trading will be the biggest speculative investor casino bubble-waiting- to-pop in history, bigger than all other markets combined. Climate change is systemic and whether climate justice movements or corporations and their governments and NGO’s win will determine the framework for all our struggles—antiwar, economic justice and human rights.

JL: What are the key pillars that uphold the current destructive climate policies? What would a people-powered strategy look like and how could it be effective?
DS: Because the root causes of climate change are so vast and because we can’t wait till governments to make and then enforce agreements, it’s important to develop a people power strategy. Think about these three questions: Ask what are the key pillars responsible for creating climate change/chaos?; What would effective campaigns to weaken or remove those pillars be? This may involve identifying the pillars of the pillars; then ask what your organization or community is best placed to take on? People are already taking on the key pillars we are likely to come up with: fossil fuels and energy; agriculture and food; transportation and buildings; military and war. Having a big picture people power climate justice strategy could link them all these movements together into a systemic strategy, like how the one day, one city strategy of shutting down the WTO put dozens of blockades and occupations into a bigger strategy. One hopeful place this may develop is at the next U.S. Social Forum, with its call for Peoples Movement Assemblies.

JL: In your new book, The Battle of the Story of the Battle of Seattle (AK Press), you chronicle the campaign of a movement to own it’s own history against those who want to unfairly claim it or rewrite it. As the climate justice movement gains momentum, what lessons can be learned from Seattle so its history can be preserved? Why is this important?
DS: What we think happened in the past shapes the future. Letting elites re-write past movement history — like “the Sixties” or Seattle WTO — can let them take away our hard-fought lessons that ordinary people have power to make change. Taking documentation, analysis and celebration of our own history as seriously as we do resistance and creating alternatives is key.