The COP-15 United Nations Framework Convention on Climate Change Dec. 7–18 is generating huge amounts of news coverage in the mainstream media but little of it is adding to the public’s understanding of the issues involved. The goal of the conference is to craft a new agreement on carbon emissions to replace the Kyoto Protocol, which expires in 2012.

The trouble with negotiating such a treaty is rooted in the conflicting views of this global problem — a struggle over a narrative that stretches back 500 years in the quest for riches and power by countries that became our contemporary polluting powerhouses.

The mainstream media do not provide an adequate social, political and historical context with which to understand the Copenhagen talks.

As The Indypendent goes to press, climate justice activists are gearing up for massive nonviolent civil disobedience to disrupt the conference, the United States has been caught undermining the process in its efforts to push its own agenda, and the divide between the rich and poor countries in the negotiations is widening. Here are a few things to keep your eye on: 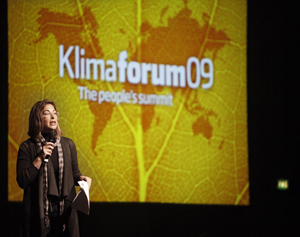 A broad coalition of environmental groups organized KlimaForum09, a two-week peoples’ climate summit taking place in downtown Copenhagen. “We are here to represent ordinary concerned citizens from all around the world,” its manifesto says. “We DON’T represent vested interests such as bureaucrats, politicians, business or civil servants.” The forum is a hub for networking, skill-sharing, music, theater and movement building. “The fear is that the official climate deal likely to come out of the U.N. conference in Copenhagen will be focused on ‘technological fixes’ and biased toward the interests of the corporate lobby and the rich and powerful nations.”

The United Nations Group of 77 (G77) is poised to apply pressure across the equator. Established in 1964 by 77 developing countries from the global South, the group has now expanded to 132 countries. China has joined the group for the climate talks. The G77+China will be pressing the developed nations to drastically reduce their carbon dioxide emissions, help fund clean technology initiatives and pay climate reparations (payments made to those affected by global warming who did little to cause it). Environmental and development NGOs accused the United States and Europe of using underhanded diplomatic tactics ahead of the climate conference. 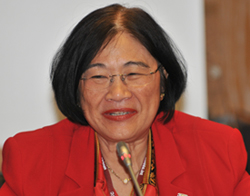 Shortly after Hillary Clinton visited the Philippines in November, Philippine President Gloria Arroyo sided with the United States on emission cuts and dismissed Bernarditas de Castro Muller, a key G77 negotiator, from the nation’s delegation to Copenhagen, as reported by the Guardian Dec. 4. “The negotiators of industrialized countries are really afraid of Ditas Muller … They want her out of the picture so that they can push their own agenda,” Chito Tionko of the Civil Society Organizations Working Group on Climate Change and Development told GMA News. Sudan, which chairs the G77, immediately added Muller to the Sudanese delegation.

The G77 reacted strongly Dec. 9 when documents leaked to the press showed that a secret agreement was in the works to set unequal limits on per capita carbon emissions by 2050, meaning that rich countries could pollute nearly twice as much per capita as poor countries.

A broad coalition of indigenous communities is demanding to be included in climate change negotiations and that the new climate treaty honor the U.N. Declaration on the Rights of Indigenous Peoples. 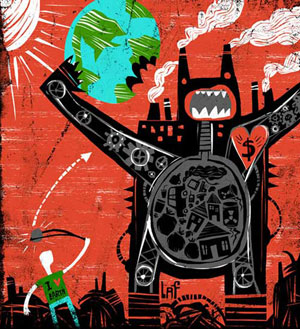 “We only have one Mother Earth, and those most responsible for climate change also hold the greatest responsibility for her protection,” said the International Indigenous Peoples’ Forum on Climate Change in a statement Dec. 7. “The protection of the collective rights of indigenous peoples must be guaranteed, including the recognition of our roles and contributions to climate change mitigation and adaptation through our traditional knowledge, innovations and practices.”

The U.S.-based Indigenous Environmental Network is not only pushing for “strong targets for reducing greenhouse gas emissions, but also demanding effective, fair and equitable methods to address the climate issue.” The group calls for the elimination of carbon markets from any future climate treaty because of their dire consequence for indigenous communities. For example, the Reducing Emissions from Deforestation and Degradation (REDD) and the Clean Development Mechanisms (CDM) pilot projects have sold forests to industrialized societies as greenhouse gas pollution licenses, taking away the autonomy of indigenous peoples who live there.

NASA’s climate expert James Hansen says he wants the negotiations at Copenhagen to fail. “This is analogous to the issue of slavery faced by Abraham Lincoln or the issue of Nazism faced by Winston Churchill,” he told United Press International Dec. 9. “On those kind of issues you cannot compromise. You can’t say let’s reduce slavery, let’s find a compromise and reduce it 50 percent or reduce it 40 percent.” Hansen told the Guardian March 18 that “the democratic process doesn’t quite seem to be working,” and that protest and direct action could be the only way to truly tackle climate change.

Hansen is not only one of the world’s most outspoken scientists, but he is also one of the few experts putting his body on the line. He has participated in several climate change demonstrations this year and was arrested June 23 protesting mountaintop coal mining in West Virginia.

ACTION
Hundreds of thousands of people will engage in rallies and nonviolent civil disobedience in Copenhagen and around the world during the final week of the climate summit. Follow the actions at:
• climate-justice-action.org
• klimaforum09.org
• democracynow.org
• climateimc.org
• 350.org 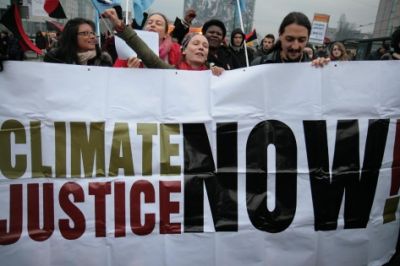