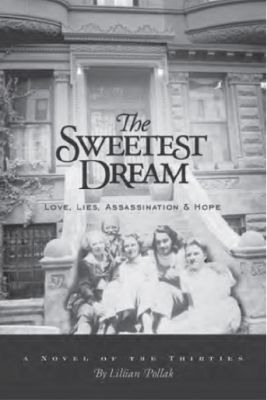 Few novels address the experience of Trotskyism in the United States. Harvey Swados’s Standing Fast (1970) comes to mind, as does Earl Birney’s cross-border reflections in Down the Long Table (1955). Both of these fictional accounts, however, unfold on the margins of U.S. anti- Stalinist politics, the first focusing on the organizational life of Max Shachtman’s break from orthodox Trotskyism, the second filtered through the lens of McCarthyism’s later impact on a Canadian recruit to dissident communism.

Lillian Pollak has a different perspective and chronology from those of Swados and Birney. Her backdrop is a period of momentous struggles, in the United States and around the world, associated with Trotskyism’s first decade and its leader’s brutal Stalinist-orchestrated murder in Mexico in 1940. Woven into the plot, like connective strands, are illuminating commentaries on the Great Depression, reference to the mass strikes of 1934 and representations of the Spanish Civil War. Cultural movements, such as the rise of modern dance, are also a significant component of the novel, breathing a freshness into the storyline often absent in archetypal “proletarian novels.”

Clearly autobiographical, Pollak’s The Sweetest Dream presents all of this through the eyes of Miriam, a young recruit to Trotskyism in the 1930s. Miriam embraces Trotskyism — as did many in the young movement — against all odds. The barriers to her oppositional politics include an insensitive mother who cynically repudiates her daughter’s revolutionary commitment and dreams of making a fortune in real estate and the narrow vision of those radicals who stay in the official Communist camp, blind to the atrocities being committed in Stalin’s Soviet Union. Drawn to the anti-Stalinist program of the Communist League of America (Opposition) and its ultimate successor, the Socialist Workers Party (SWP), Miriam rubs shoulders with most of the major figures in U.S. Trotskyism. She eventually makes her way to Mexico, where she meets Trotsky and those responsible for his safety, Mexican revolutionaries and emissaries from the SWP, which was then a leading section of the Trotskyist Fourth International.

What is unique about Pollak’s presentation is that Miriam’s best and long-cherished childhood friend, the vivacious Ketzel, is something of her political mirror image. Born into a well-to-do Mexican family, Ketzel is bohemian and avant-garde, beautiful and impetuous. Miriam, in contrast, is a poor daughter of the New York Jewish ghetto, circumscribed by a plainness that she cannot ever quite transcend. As a child, she idolizes Ketzel’s parents and their deep commitment to the Soviet Union and Stalin’s leadership of the Communist International.

Designated “A Novel of the Thirties,” Pollak’s fiction explores what many careful histories sometimes find illusive: the conflict between Trotskyism and Stalinism, the complex and sometimes contradictory character of political “choice” in the revolutionary left and the deep mark commitment leaves on both politics and personal life. The Sweetest Dream masterfully recreates the dilemmas and delusions, as well as the defiant heroism, that defined the revolutionary youth of the 1930s. Few histories give us a view of the “Jimmie Higgins” of the left more powerfully than this book.

Ultimately, The Sweetest Dream is about lost loves. Miriam and Ketzel never quite secure and sustain the loves their lives so desperately need and deserve. The novel makes the profound point that this is not only a matter of personal failures of all kinds, but also an issue of politics. And for Miriam, Trotsky’s assassination, with which she and Ketzel are unwittingly associated, silences the voice that had spoken to her so forcefully in the 1930s: “Life is beautiful,” Trotsky had written passionately, “Live it to the fullest.” As Miriam and her comrades realized, the possibility of doing so was never separable from the revolutionary aspirations they cultivated in their youth.

The love that Miriam and Ketzel have for one another, and the hopes, however different, that they share for a better world, manage, in spite of what is arrayed against all of this, to survive. Pollak, a “Raging Granny” who, at 93, still puts in appearances at conferences, lectures and gatherings of United States Trotskyists, regaling crowds with her remembrances of struggles past, has followed the admonition of her mentor, Leon Trotsky. The Sweetest Dream gives us but a piece of her fascinating history, lived to its fullest. It is a fragment you will not want to put down.