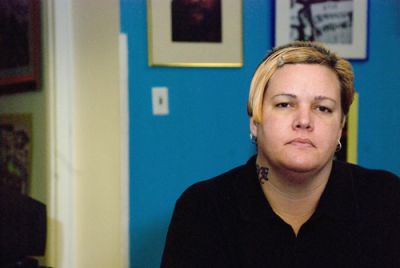 With the New York City shelter system at virtually full capacity and the economy in turmoil, working homeless families may now have yet another thing to worry about: paying the city rent to keep a roof over their heads.

Homeless families would be required to contribute no more than half of their monthly income towards the cost of rent, said Anthony Farmer, a spokesperson for the New York State Office of Temporary and Disability Assistance. This policy could, according to The New York Times, hit up to 2,000 working homeless families on public aid who reside in some 130 family shelters across the city.

Linda Contés, 32, was affected in early May when the city implemented rent requirements for the first time. Living in a room she shared with her husband, Manuel, 30, at the Concourse Residence shelter in the Bronx, she received a notice stating they would have to begin paying $1,475 a month in rent, an amount they could not afford. Contés was unemployed and Manuel worked as a part-time sanitation associate at a hospital that only paid him $1,400 a month.

Similar notices were sent out to more than 500 working homeless families around the city, according to The New York Times. But the policy, which was initially implemented due to state regulations, was suspended three weeks later due to bureaucratic mishaps, such as charging exorbitant rents due to miscalculations.

Homeless families who fail to comply with the rent requirement can face eviction, although they are able to contest these payments at a hearing.

Since the suspension, however, Department of Homeless Services (DHS) officials have made it clear that the policy will be re-implemented, though they have not announced a date.

“We continue to work with the state on a program that fulfills our legal obligation, while also making sense to families in our shelter system,” DHS Commissioner Robert Hess said in a statement to The Indypendent. Homeless advocates continue to blast the policy, saying that charging the working homeless rent is counterproductive and punitive.

“The requirement that homeless people pay for the cost of shelter is deeply misguided and ultimately is going to result in homeless people staying in shelters for longer periods of time,” said Patrick Markee, a senior policy analyst with the Coalition for the Homeless.

There are nearly 40,000 homeless adults and children in the shelter system — the highest number since the Great Depression — according to the coalition.

DHS says they implemented the policy because of a 2007 audit requiring the city to pay more than $2 million to the state for not enforcing income contribution requirements. The policy has its roots in a 1995 state regulatory change ordered by former Gov. George Pataki’s administration.

Homeless advocates say the city and state’s decision to require employed homeless families to pay for shelter is a reflection of their misguided approach to homelessness as a personal, rather than systemic, issue.

“People go to shelters because they are desperate and they are poor,” said Piper Hoffman, the director of advocacy for the Partnership for the Homeless. If the policy is re-implemented, it would be “grievous mistake,” she said.

A bill that would prohibit the charging of rent to working homeless families staying in shelters was passed by the New York State Assembly June 22 (A. 8353-D), and is currently in the State Senate’s Rules Committee. Assembly member Keith Wright (D-Harlem) is the main sponsor of the bill.

Sen. Daniel Squadron (D-Lower Manhattan, Brooklyn) is the sponsor of the companion bill in the State Senate (S. 5605-A), and has 18 co-sponsors, according to a Squadron spokesperson.

While Contés has left the shelter system behind, she still worries about how other homeless families will fare.

“When you’re in the shelter, you have to do what you’re told,” Contés said. “It’s like being in jail … If they say you have to pay rent, and you say no, there’s going to be consequences.”