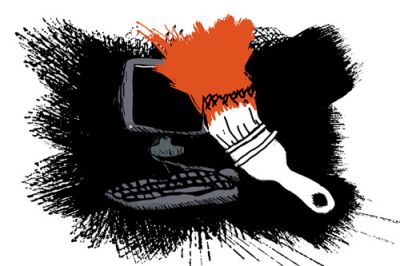 For many of us, the diversity and abundance of information on the internet has become part of our daily lives. We assume that we will always be able to view the websites of our choosing and even upload our own photos and videos onto the web.

However, to those of us at People’s Production House, an organization that teaches radio journalism to immigrants and public school students, we can’t take net neutrality — the principle that prohibits discrimination of content and applications on the internet — for granted. Our group includes lessons on net neutrality as part of our yearlong courses in public schools because without it, our students could soon be making entertaining and informative radio pieces without the ability to share them online.

With the recent introduction of Resolution 712-A, the New York City Council has taken up this important issue. While we don’t hear much about it in the news, the current debate over net neutrality will determine the future of how we communicate.

Two companies alone — Verizon and AT&T — have spent more than $20 million on federal lobbying this year trying to thwart the Internet Freedom Preservation Act of 2009 (HR 3458), a bill in Congress that would enshrine net neutrality in law. Resolution 712-A, if the Council passes it, would endorse this bill. The organization Free Press has submitted more than 4,000 signatures of New Yorkers who support the resolution.

Net neutrality was the law of the land until 2005 and it brought us many benefits. Skype is an internet-based voice service that is extremely popular among many immigrants who wish to keep in touch with family around the world. Skype competes with the voice services of cable companies like Optimum and Time Warner. Without net neutrality, those companies could have kept Skype from launching by blocking it or charging the companies exorbitant fees that would be passed on to users.

Opponents of net neutrality point to the existing variety of online voice services as evidence that the system works. They call net neutrality a “solution in search of a problem,” but the problem is staring anyone who owns an internet-enabled mobile phone right in the face. As it is now, most cellular phone companies — who have so far been exempt from net neutrality — block Skype from operating on their networks so people are forced to use their minutes for calls rather than their data connections.

This is particularly harmful to low-income people, immigrants, people of color and seniors who are all more likely to have a mobile phone than a broadband-enabled personal computer or laptop. While laptop users can use whatever chat or voice service they want — thanks, so far, to net neutrality — mobile phone users can only access the parts of the Internet that their service providers approve. We need to extend net neutrality protections to wireless networks, not allow these kinds of discriminatory practices to spread.

At a Nov. 20 City Council committee hearing on Resolution 712, the National Cable & Telecommunications Association — big cable’s lobbying wing — argued that we should trust them to manage the internet without government oversight and resolve any problems on a case-by-case basis. But in 2007, when cable television and internet service behemoth Comcast was found to be blocking a service called BitTorrent, which is popular for downloading movies, the company at first denied it. Then they went to court to challenge the Federal Communications Commission’s ability to intervene. Now that Comcast is buying NBC Universal, it will have even more reason to block competitors’ content from reaching their 15 million internet service subscribers.

For journalists, like those we teach at People’s Production House, this is a scary thought. The NBC corporation has been broadcasting its content since 1926, while our trainees are just now finding the power of distributing their own media through the internet. They’re finding new ways of engaging in civic life, new job skills, and a new sense of community, locally and globally. Without net neutrality, Comcast and other corporate giants could take that power away.

The full City Council will likely vote on Resolution 712-A on Dec. 21. New York City will send a powerful message to our representatives in Washington that we need an open internet. We need net neutrality.

Joshua Breitbart is the policy director for People’s Production House. For more information about net neutrality and what you can do, visit savetheinternet.com and peoplesproductionhouse.org.