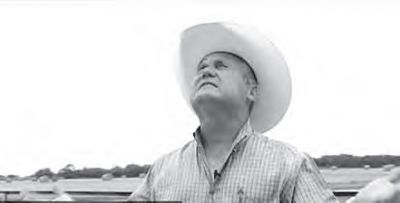 Geoengineering has become the subject of a great debate over whether we should consider a massive technological fix to climate change. Critics point toward the ecological and social consequences of “hacking the planet,” while supporters, like SuperFreakonomics’ Steven Levitt, say it is an easy, cost-effective solution that allows us to continue polluting without consequences.

Owning the Weather, a new documentary directed by Robert Greene, tackles this very question. By examining previous attempts to control our environment — from indoor air-conditioning to cloud seeding for increased rainfall and hurricane modification — Greene weaves together a story that ultimately reveals how continually ill-equipped and under-prepared humans have been when it comes to unlocking the planet’s most mysterious and intricate of systems.

The Indypendent’s Bryan Farrell recently spoke with Greene about geoengineering, our connection to the environment and controlling the weather.

BRYAN FARRELL: How did you approach the making of the film?

ROBERT GREENE: It was important to me that this film not become like something you’d see on a cable news program, which would look at geoengineering like it’s this cool new technology. I also didn’t want to take the extreme viewpoint that the government is trying to control the weather, like some folks believe, which is totally inaccurate. So I wanted to find that middle ground, but not the middle ground that is like the false global warming debate. I wanted something that showed human concerns versus environmental concerns versus scientists who want to do the right thing. It’s a subtle film in terms of what we, the filmmakers, think about the subject. Hopefully it will be a part of the debate to come.

BF: So what is your personal opinion?

RG: It’s a complicated answer. I’m sort of ambivalent about cloud seeding because it’s not clear how much it actually works, even though it is adding some pollution to the environment. Hurricane modification, on the other hand, is frightening. There are people who want to get rid of hurricanes. And we know so little about how the planet handles energy, which is essentially what hurricanes are. I understand the impulse of wanting to move it out of the way of New Orleans, but does that mean Mobile, Ala., is now in the way? We’re not able to make those kinds of decisions. And then there’s geoengineering, which I also understand is fueled by an instinct to do all you can to stop global warming. But the mentality behind geoengineering is the same mentality that got us into this mess in the first place. Basically we don’t understand our connection to the natural world and we don’t value it like we should. There’s no way geoengineering won’t cause major problems. Part of this “needing to solve” mentality is what led us here in the first place. Why can’t we realize we’re in a tough pickle instead of saying, “What’s the solution?”

BF: What can we do beyond looking for the perfect solution?

RG: The deepest thing we can do is realize, as all good lefties throughout history have been saying, that it is possible to destroy the world. I don’t know that we can do anything other than plan on possibly having to geoengineer. But we can’t go into it with the same sort of power structure intact because that will replicate the same mistakes. Right now, if it were used, it would be used in the worst possible way: as a political device to get someone out of trouble. It could easily be a situation where the economy continues to tank, another hurricane hits New Orleans and Obama is like, “We’re geoengineering!” So the idea is to wake up as a culture and evolve a little in our thinking about our connection to the environment. Then that culture can probably make better decisions about whether to geoengineer or not.

Owning the Weather (4th Row Films) will be shown at Astoria Indies in Queens Dec. 17 and the 92Y in Tribeca Jan. 7. The film is also currently available via Amazon and Cable Video on Demand. For more information, visit owningtheweather.com.