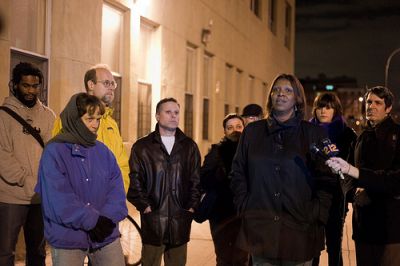 About twenty people gathered to protest the city’s decision to shut down a homeless shelter on Dean Street in Prospect Heights, Brooklyn this past Monday night.

Chanting “Governor Paterson, hear our roars, house the homeless, open the doors,” activists representing Develop, Don’t Destroy Brooklyn and F.U.R.E.E., along with other community members, spoke out against the city’s plan to tear down the Pacific-Dean shelter—which housed 88 families—to make way for a parking lot for the Forest City Ratner sports stadium, otherwise known as the Barclays Center. 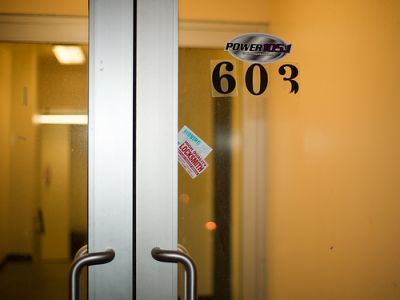 City councilmember Leticia James (D-Brooklyn) symbolically gave Governor Paterson until midnight on Martin Luther King, Jr. Day to order the Empire State Development Corporation to give the shelter a reprieve. No phone call came, and the shelter is now closed with the families scattered. Thirty percent of the families were placed into permanent housing, according to the Department of Homeless Services.