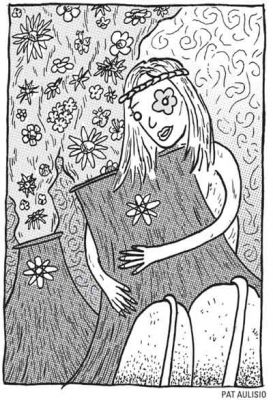 Now that more people are attuned to the ticking clock of climate change, there is no shortage of theories for how the next act will play out. Though scientists, activists and theorists have been wildly off the mark so far, they continue to guess at what will be the solutions — and pitfalls — for getting the planet back on track.

Stewart Brand first made his mark not by imagining the future, but by making it happen. His Whole Earth Catalog of 1968 (published through the early 1970s), changed publishing, kick-started the computer revolution, the green movement, organic farming and the whole concept of living off the grid.

His signature scattershot style — he served as the Catalog’s editor — brought together openended possibilities: In a single place one could learn about abandoned railroads, barn building, integrated circuits, the illusion of money and several thousand other things one had never heard of. It was subtitled Access to Tools. It would not be a stretch to say it laid the groundwork for the internet.

In his new book, Whole Earth Discipline, Brand intends to serve, if not the same smorgasbord, then at least a little something in the same style. He is quick to throw ideas around: don’t worry about polar bears, let them interbreed with grizzlies; slums empower women and slow population growth; no agricultural product has been “natural” for 10,000 years; coal has killed more people than radiation. Like Al Gore, he’s certain that if we don’t do anything, we’re toast. There’s plenty of counterintuitive things actually worth trying. He introduces the reader to dozens of scientists who support, and sometimes oppose, his ideas.

What’s his prescription? Embrace nuclear power, genetic modification and geoengineering and stop trying to solve the imaginary problem of what might happen. (Anyone remember Y2K? He admits he was wrong about that.) Brand considers Yucca Mountain to be the “classic example of the folly of long-term planning” — why should we expect that nuclear waste disposal must remain intact for 10,000 years? It’s more likely that we will dig up buried waste to use as fuel long before it leaks out; or it’s just as likely we’ll be reduced to a new stone age, and then radiation will be the least of our problems.

As for genetic modification, he quotes Bertolt Brecht: “Grub first, then ethics.” Brand makes the unsettling accusation that Greenpeace’s opposition to genetically modified food has condemned millions to death by starvation. From an African point of view, a European ban on genetic modification gives Europe an economic advantage at Africa’s peril.

With this approach, it is difficult to say Brand is wrong about any one thing, since he often changes the subject from one paragraph to the next. His cavalier suggestion that no state would risk handing nuclear weapons over to stateless terrorists for fear of retaliation doesn’t sound like a safe bet to me, imaginary problem or not. Despite Brand’s attempts at persuasion, making the leap from (to paraphrase Brand) “lots of what we worry about has already been solved” to “technology can fix any problem” is not a compromise I am always willing to make.

On the other hand: mirrors in space? Why not? A 1991 volcano sent enough sulphur into the upper atmosphere to cool the planet by half a degree; enough to account, maybe, for a slightly higher birthrate of polar bears in 1992. Is it crazy to send more sulphur up there? Not as crazy as burning a few thousand gallons of jet fuel, well-proven to have the opposite effect, on your next summer vacation.

On balance, Whole Earth Discipline is essential reading—Brand refuses to give us easy answers, but positions himself, correctly, I believe, at the core of the scientific method: restless, optimistic and never fully resolved.