Everywhere you turn in New York City, there are advertisements—posters featuring attractive models schilling perfume, pop bands promoting their latest albums and celebrities endorsing soft drinks. The Public Ad Campaign, a collective of street artists, sees the prevalence of these advertisements as an intrusion into public space. Founded by Jordan Seiler in 2000, this group is dedicated to reclaiming the city’s sidewalks, subways and street corners by creating unauthorized public art installations. The group’s latest undertaking, an ongoing project called National Bestseller, incorporates bestselling or popular books that are taken apart and then wheat-pasted into a single sheet and installed over advertisements in phone booths. 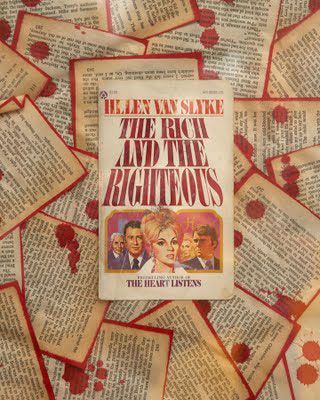 Seiler, 31, a native New Yorker born in the Chelsea Hotel, started the Public Ad Campaign shortly after returning to New York City as a graduate from the Rhode Island School of Design. What started as a personal art project soon grew into much more of an activist-oriented effort against public advertising. As Seiler explains, the group’s mission is not to wreak havoc, but to defend the First Amendment. “Public spaces are really our last democratic spaces. They are the only spaces that we have left as a society in which we all have an equal voice and can have open dialogue.”

The Indypendent’s Danny Valdes spoke with Seiler about the different ways people interact with public space and corporate advertising’s threat to the urban environment in New York City and beyond.

DANNY VALDES: Is there a difference between the way art and advertising affect us in public space?

JORDAN SEILER: The difference between outdoor advertising and art is the difference between a dialogue and a monologue. So you may look at images on an advertisement and find them to be very stunning. They may attract your attention. But the intention is not to have a conversation with you— it’s to impart you with a certain piece of knowledge. Marketing and advertising have gotten very good at creating imagery and ideas that are very quickly absorbed and don’t require any attention to come back to them. But with art- work in general, and specifically with the kind of work we do at the Public Ad Campaign, the intention is to only create dialogue; to create a moment of questioning, to create a moment of serendipity where the viewer becomes engaged in the space and they start to see their environment, themselves, the person standing next to them differently than they did before.

DV: While some people may question the legality of your work, many of the ads around the city that you cover with your installations are actually posted illegally by promotion companies, most notably NPA/City Outdoor. Does the Public Ad Campaign specifically target ads that are posted illegally?

JS: The Public Ad Campaign as a group doesn’t specifically target legal or illegal ads. We are against the commercialization of public space in general. I think one of the things that people don’t think about these days is advertising’s supremacy in the public environment. We take it for granted that advertisements should be there. I do my work over legally posted advertisements to bring home the point, but one of the ways we’ve been able to rally people around the cause is by specifically targeting illegal outdoor ads. NPA/City Outdoor is one of our main targets because they’re street-level wild-posters. They operate on construction sheds and framed spaces outdoors—anywhere they can put paper onto.

DV: In 2007, the City of São Paulo became the biggest city in the world to pass a ban on outdoor advertising. Would you like to see something similar happen in New York City? What would be the benefits of an ad-free city?

JS: We’d love to see that happen in New York City. It’s a long way off but that’s what we’re fighting for—a public that makes that decision and asks its representatives to enact some sort of law of that magnitude. one of the things I think we’ve seen in São Paulo since this happened is an increase in people using the public environment in a way that they find beneficial for themselves. There’s been a huge increase in street murals and artwork. People are getting out there and altering the physical environment. This creates a psychological connection between the public individual and the space he or she is occupying. The idea is that you make a drawing on the wall and then you become that drawing. When you leave it behind you leave a little bit of yourself along with it, and because you’ve left a little bit of yourself at that spot you then take care of it, and by wanting to take care of that specific location you want to take care of the community that space is in. We feel like it’s everyone’s responsibility to protect public space, and we are trying to reconnect the public individual and public space.