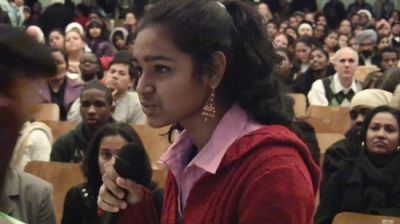 Parents, educators and community activists are mobilizing to save 21 public schools, including 16 high schools, that the New York City Department of Education (DOE ) has announced it will begin to phase out in 2010.

Public hearings are being held at each of the affected schools this month in advance of a Jan. 26 meeting of the city’s school board where a final decision will be made. Organizers with the Grassroots Education Movement are also calling for a demonstration outside of Mayor Bloomberg’s Upper East Side mansion on Jan. 21.

The DOE says the schools are being closed because they were underperforming. Under the Department’s plan, the schools won’t accept any more new students and will be shut completely once the current students graduate.

Critics of the closings say that the affected schools enroll a disproportionate number of special needs students while receiving fewer resources per student than private charter schools favored by Mayor Michael Bloomberg and DOE Chancellor Joel Klein. They also note that the closings primarily target schools in communities of color.

“They don’t play the same game with every community,” said Vanessa Sparks, a former member of the District 28 Community Education Council in central Queens, referring to Bloomberg and Klein.

“Jan. 26 will be ground zero in this fight,” McDonald said. 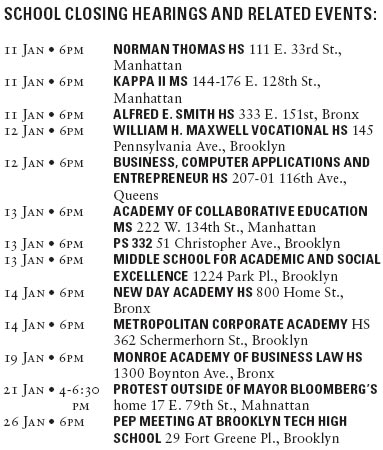