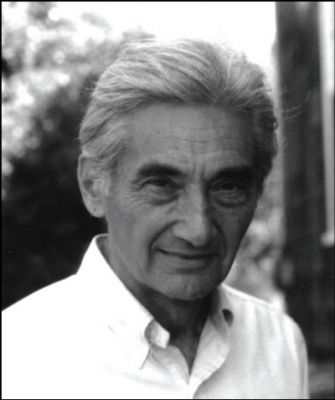 In this awful world where the efforts of caring people often pale in comparison to what is done by those who have power, how do I manage to stay involved and seemingly happy?

I am totally confident not that the world will get better, but that we should not give up the game before all the cards have been played. The metaphor is deliberate; life is a gamble. Not to play is to foreclose any chance of winning. To play, to act, is to create at least a possibility of changing the world.

There is a tendency to think that what we see in the present moment will continue. We forget how often we have been astonished by the sudden crumbling of institutions, by extraordinary changes in people’s thoughts, by unexpected eruptions of rebellion against tyrannies, by the quick collapse of systems of power that seemed invincible.

It’s clear that the struggle for justice should never be abandoned because of the apparent overwhelming power of those who have the guns and the money and who seem invincible in their determination to hold on to it. That apparent power has, again and again, proved vulnerable to human qualities less measurable than bombs and dollars: moral fervor, determination, unity, organization, sacrifice, wit, ingenuity, courage, patience.

Revolutionary change does not come as one cataclysmic moment (beware of such moments!) but as an endless succession of surprises, moving zigzag toward a more decent society. We don’t have to engage in grand, heroic actions to participate in the process of change. Small acts, when multiplied by millions of people, can transform the world.

It is based on the fact that human history is a history not only of cruelty but also of compassion, sacrifice, courage, kindness. If we remember those times and places — and there are so many — where people have behaved magnificently, this gives us the energy to act, and at least the possibility of sending this spinning top of a world in a different direction.

And if we do act, in however small a way, we don’t have to wait for some grand utopian future. The future is an infinite succession of presents, and to live now as we think human beings should live, in defiance of all that is bad around us, is itself a marvelous victory.

This article was excerpted from a longer version published Sept. 2, 2004, in The Nation.