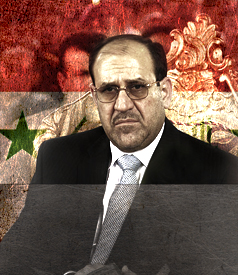 With all attention on Afghanistan as violence and U.S. troop commitment there surges, the occupation in Iraq has received less attention in recent months than it has since the invasion of Iraq took place in March 2003.

However, national elections in Iraq, originally scheduled to take place this month, but postponed until March 7, rather than possibly bringing greater stability to war-torn Iraq, now threaten to reignite a powder keg of political tensions that has been simmering for years.

Last week, the Shiite-sectarian political power brokers in Baghdad, led by U.S.-appointed Prime Minister Nouri al-Maliki, used the so-called Iraq Accountability and Justice Commission (AJC), (a remnant group of the former De-Baathification Commission set up by L. Paul Bremer, the U.S. czar of Iraq during the first year of the occupation and led by Ahmed Chalabi), on Jan. 7 to ban at least 14 largely Sunni political parties and political figures from the upcoming vote due to supposed links to the Baath Party, which has long since been banned in Iraq.

The AJC claims that its decision was based on new “evidence” showing connections between the 14 groups and the Baath Party, but has thus far failed to produce any said evidence.

On Jan. 5, the Saudi-owned London-based daily newspaper Al-Hayat wrote of this: “The independent Iraqi Election Commission has revealed that it has received an interpretation from the Iraqi Supreme Federal Court in regard to the seventh article of the constitution, which prohibits Ba’thist participation in all elections and also the participation of any Ba’th allies or supporters in any political activity. It is important to note that this decision could lead to the exclusion of fourteen political parties and groups from the electoral process.”

The commission’s president Faraj al-Haydari was quoted in that regard by Al-Hayat as saying: “We have received the Federal Court’s interpretation regarding some political entities which were first included in the electoral process but will be excluded from the process altogether in light of this recent court decision. The Federal Court considered that any politician or party involved in terrorist activities, or enjoying Ba’thist ideas, must be excluded. This decision considers that, based on Article 7 of the constitution, these people should be excluded from any political participation and from public life.”

The most important figure banned, thus far, was Saleh al-Mutlaq, a secular Sunni leader, whose National Dialogue Front is very popular among Iraq’s largely disenfranchised Sunni population. Mutlaq was likely targeted by Maliki in this pre-emptive political assassination attempt because in recent months he has effectively created a powerful bloc of opposition that would challenge both Maliki and the broader Shiite political alliance to which he belongs, which is comprised of the likes of Muqtada al-Sadr’s group, the Islamic Supreme Council of Iraq, and Chalabi.

While Iraq’s government still could, theoretically, decide to void the aforementioned ban, the move has created outrage across Iraq, threatened to reignite sectarian violence and civil war that ravaged the country throughout 2006-2007, and would inevitably cause the more than 120,000 U.S. troops in Iraq to, rather than see their numbers decline, remain and possibly increase.

Likely in response to Mutlaq’s threat of boycott, and to use fear to consolidate power, on Jan. 12, Iraqis in Baghdad awoke to find their capital city locked down and streets sealed off, with rumors flying that there had been a Baathist coup.

With a Sunni and secular-Shia political boycott of the March elections, and the ensuing lack of political representation in Baghdad, the threat of large-scale violence looms large.

President Barack Obama’s current stated promise is to draw down U.S. forces in Iraq to around 50,000 by this August, and remove those forces by the end of 2011 (with the usually unstated caveat that at least 50,000 U.S. troops will remain in Iraq indefinitely). This appears very unlikely even without a large boycott of the upcoming vote and the likely violence that would explode as a result, as the current Obama plan would, since U.S. forces are expected to remain above 120,000 until after the elections, mean that at least 70,000 troops would be withdrawn in only five months.

Meanwhile, evidence of further political turmoil arose on Jan. 12 when Iraqi Speaker Ayad al-Samarraie, told the newspaper Asharq al-Awsat, “I can also tell you that our efforts [toward government accountability] were met with opposition from the government, which did not like having someone watching over its head. They thought that we were practicing our prerogatives in order to topple the government and bring it down, which is, of course, not true at all. We wanted to fight corruption, but our efforts were met with anger and rejection from a significant number of ministers. They refused to come to parliament for questioning, thinking that was a humiliation for them.”

Al-Samarraie said this about the government response to his anti-corruption efforts: “If the prime minister has something on his mind, let him express it, but the final decision belongs to the parliamentary blocs. I told the prime minister on many occasions that, if you strongly believe in something, let your parliamentary bloc work to implement it. But, if your bloc is not up to the task, do not blame me for that,” and added that the government, particularly Prime Minister Maliki, wants “… the speaker to be powerless, but that will not be the case. We are not in a dictatorial regime and I will never be a figurehead. Many attempts were made to topple me, but they have all failed.”

A statement by the head of the European Parliament’s delegation for relations with Iraq, Scottish lawmaker Struan Stevenson, cited Mutlaq’s “uncompromising positions” against Iran’s “meddling” in Iraq as the “true” reason behind the decision to ban him from the upcoming election.

In another move, in response to charges of sectarianism in banning political groups and individuals from the March 7 vote who have alleged ties to the banned Sunni party, the commission said it also intends to ban Shiite opposition parties that are affiliated with the Sunni parties that are accused of Baathist affiliations.

It is important to note that Maliki was an Iraqi in exile in Tehran from 1982-1990, then remained in Syria before returning to Iraq after the US invasion of 2003. Maliki, who is also the secretary general of the Islamic Dawa Party, worked as a political officer for the Dawa while in Syria, developing close ties with Hezbollah and Iran.

Maliki’s government has also been busy recently conducting mass arrests of hundreds of young men in predominantly Sunni areas of Iraq. While the vast majority of Iraqis are nonsectarian, the U.S.-backed government in Baghdad continues to carry out acts that blatantly foment violent sectarianism, evidenced by the article “Mass Arrests Reported in Sunni Areas in Iraq” in the Azzaman newspaper on Jan. 4 that stated: “Iraqi security forces have launched a wide campaign in Sunni Muslim-dominated neighborhoods of Baghdad and towns and cities to the north and west of the capital” and “the campaign is said to be the widest by the government in years and has led to an exodus of people to the Kurdish north.”

Those arrested have been accused of illegal membership in the Awakening Council.

Family members of those being arrested are not told where their loved ones are being held, only that those arrested will remain behind bars until after the elections. In addition, there have been government sweeps collecting other members of the once U.S.-backed Awakening Council, a group of nearly 200,000 Sunni militiamen, who the U.S. paid off to stop their attacks against occupation forces, but have since been cut free of U.S. support, at least officially.

The Councils were originally founded by the Bush administration to help combat al-Qaeda in Iraq.

The Judicial Council, that is run by Iraq’s Interior Ministry, last week passed 77 death sentences in Baghdad, all targeting men accused of terrorism, mostly from the Sunni community.

Maliki’s clampdown on the Sunnis also happens to coincide with the recent release of Qais Khazali, a popular Shiite cleric who was jailed in March 2007. Khazali was an associate of Muqtada al-Sadr, but was expelled from Sadr’s Mehdi Army militia in 2004. It is believed Khazali will be used by Maliki in the March vote to counterbalance the Sadrist bloc that is now running for Parliament in March in a coalition that does not include Maliki.

Maliki’s recent targeting of his Sunni and secular Shiite political opponents likely stems from an attempt to salvage what he can of his deteriorating political power. With violence again escalating in Iraq with recent widespread bombings, Maliki has also lost face on the Iraqi street, as his reputation of having improved security in Iraq is now stained with Iraqi blood.

Maliki’s political bloc, the State of Law Alliance (SoL), which had the support of the majority of Sunnis during Iraq’s provincial elections in January 2009, has now effectively lost that support by these recent clampdowns on the Awakening Council and Sunni politicians like Mutlaq.

Mutlaq has vowed to seek to overturn the decision through the country’s Supreme Court or, if necessary, the United Nations.

If he fails, and a Sunni and secular Shia boycott of the March 7 vote happens, a growing fear of major resumption of armed resistance activities looms large.