Seeing Paul Volcker, former Fed Chair and chairman of the Economic Recovery Advisory Board, lord over President Obama yesterday as he made his proposal to limit the scope and size of financial institutions, it was easy to imagine him saying “I told you so.” Volcker, after all, has been a long time advocate of slicing up banks and prohibiting them from the majority of speculative activities. 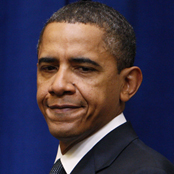 But as I called around New York and Washington yesterday, it already seems that Wall Street has figured out ways to circumvent the administration’s plan, which centers on “proprietary trading”—risky bets the banks make for their own accounts.

The cliff notes from the President’s Economic Recovery Advisory Board chief economist Austan Goolsbee on yesterday’s press call were: A mandatory ban to prohibit proprietary trading (but not all trading) by firms that own banks. Regulators would prevent commercial banks from owning hedge or private equity funds, and limit non-client related trading. There would remain no limit on investment banks not designated bank or financial holding companies. Regulators could constrain the size of banks, but not break them up. Most important, there would be no return to Glass-Steagall, which divided commercial and investment banks.

The importance of the latter became clear to me as I talked to D.C. policy advisers yesterday, who had already gotten an earful from Wall Street lobbyists—touch proprietary trading if you must, and leave everything else alone (i.e., no Glass-Steagall). Prop trading, in other words, would be Wall Street’s sacrificial lamb. For a simple reason: They can get around it.

Banks have mucked up their financial disclosures so much that it’s already near impossible to tell how much banks are making from risky trading, much less how much trading is uniquely “proprietary,” versus how much can be classified as customer-driven or used for hedging purposes, which Obama’s rules would allow. Bank of America, for example, has its fixed income, currency and commodities trading figures merged together, making it impossible to see the contribution of Merrill Lynch’s sizeable trading activities, as well as the line between proprietary and possibly customer-oriented trading. Other banks are even more Byzantine. You can’t limit something that isn’t fully disclosed or can be camouflaged on the books.

Plus, in a crisis, it’s hard enough to price securities, let alone figure out which trading distinction they possess. At last week’s Financial Crisis Inquiry Commission, JPM Chase CEO, Jamie Dimon said, “It’s not always possible to evaluate positions…Although we are a proponent of fair value accounting in trading books, we also recognize that market levels resulting from large levels of forced liquidations may not reflect underlying values.”

If “it’s not always possible to evaluate positions,” the notion of evaluating which ones are customer-driven and which are proprietary goes out the window. These firms will just call everything customer driven and alter book distinctions accordingly.

Bringing back Glass-Steagall would force a distinction of commercial banks with access to federal support from those that just call themselves banks, but are in reality Wall Street gambling parlors. Done right, Goldman Sachs and Morgan Stanley would have to give up their commercial bank status to continue doing the trading-oriented business they do. Bank of America might be forced to spin off Merrill and JPM Chase may have to chuck the Bear business and part of its “leading global” investment bank business to adhere to new restrictions.

Without such a move, these merged institutions will continue to divert their capital—given to it by mom-and-pop depositors and cheap government money—to trade, before using it to lend. When the markets go up, trading is more profitable and as we’ve seen in bank earnings reports this year, banks beef up trading activities where they can, to offset consumer and commercial credit losses. And it works in reverse: If their commercial and investment businesses remain intertwined, banks will extract costs, such as the $90 billion over-10-year tax Obama proposed last week, from the customers’ pockets. Banks would still be inclined to use their capital to trade (which is a more capital-intensive endeavor than deposits and lending).

Risk is risk whether it’s called propriety trading or comes from the customer-trading business. True systemic risk reduction requires dividing out all trading activities from within a firm that also does deposits and lending. That requires a resurrection of a true Glass-Steagall barrier, not a bunch of stuff that sounds like it gets partly there.

Nomi Prins is author of It Takes a Pillage: Behind the Bonuses, Bailouts, and Backroom Deals from Washington to Wall Street (Wiley, September, 2009). Before becoming a journalist, she worked on Wall Street as a managing director at Goldman Sachs, and running the international analytics group at Bear Stearns in London.

This article originally appeared on The Daily Beast.