While President Obama addresses the U.S. Congress in his historic State of the Union tonight, our nation will sit back and burn an estimated 115,000 tons of coal. Close to 250,000 tons of CO2 will be released from coal-fired plants during the hour-long presentation; hundreds of pounds of toxic mercury emissions will enter our air, and inevitably, into the lives of our children. 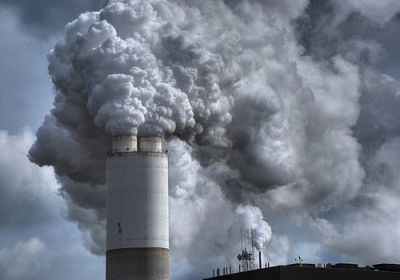 As we watch the President on our televisions and computer screens generated by coal-fired electricity, arsenic from coal ash, along with boron, selenium and lead, will quietly seep into our watersheds. Drawing from American Lung Association estimates, three American citizens will die prematurely during the State of the Union due to illnesses related to coal-fired plant pollution; three coal miners will also die today from black lung disease. Millions of tax dollars will be allocated in this single hour to cover the external health care and environmental costs of coal.

And the deadly myth of the Saudi Arabia of coal will burn on.

While I admire the President’s commitment to tackling climate change legislation, and while I will applaud the President’s indisputable support for clean energy investment in his address tonight–wind power surged 39 percent last year, thanks largely to stimulus spending–one lingering truth will burn like hot peacocky Btu’s tonight: The historic burden of coal on our nation will continue with its unremitting human rights and environmental violations until President Obama declares an an end to coal, as we know it.

End coal now? Of course not. Roughly 42-45 percent of our nation’s electricity comes from coal-fired plants–including the Pepso grid and four power plants in the Washington, D.C. area, which run on coal stripmined from law-breaking mountaintop removal operations in Appalachia.

But, until we rank the ignominious history of the coal industry alongside the machinations of the tobacco industry, and commit to a road map of withdrawal from our deadly addiction, any meaningful progress for a sustainable energy policy will be blindsided.

Every day (and tax dollar) we expend into mitigating the colossal external costs of coal, and into the new bridge to nowhere for carbon capture and storage technologies–which every single energy expert agrees will increase coal production–we take a step backwards into the darkest chapter of history.

(I write now as a cultural historian, and the grandson of a union coal miner who barely survived a cave-in, and suffered from black lung disease; and, as someone who has not only chronicled the two centuries of economic despair and displacement in the coalfields, but witnessed the destruction of his family’s nearly 200-year-old historic homestead and waterways on the edge of a federally recognized Wilderness Area from stripmining in Illinois.)

When George Washington addressed the U.S. Congress in the first State of the Union in 1790, hundreds of black slaves toiled like human bulldozers, chains “fastened by straps around his breast, which he hooks to the corve [sic], and thus harnessed, and in a stooping posture, he drags his heavy load over the ﬂoor of rock.” The death toll of slaves in the coal mines for over a century was horrific.

And yet, the energy demands–and economic development and profits–of our growing nation outweighed Washington’s call for the U.S. Congress to apply some foresight to the future welfare of American citizens. As early as 1790, a Philadelphia newspaper lamented: “The increasing scarcity and dearness of ﬁrewood indicates the absolute necessity of attending in the future to the coal mines of this country.”

Even in the land of Lincoln, and Obama, the U.S. Congress allowed Illinois to insert a loophole in the state’s 1818 constitution for legal slavery in the salt wells and adjacent coal mines.

Recognizing that more than one-third of the state’s tax revenues came from the salt wells fueled by coal mining, the anti-slavery advocates capitulated to the demands of the slave-owning companies. In essence, the inalienable rights of man in other free states came in a distant second to the power of the tax revenues for Illinois’s emancipationists.

This deceptive argument of economic gain and necessity from coal has been saddled to our energy policies for 200 years.

Since President Obama first visited my native region of southern Illinois in 1997 as a young legislator from Chicago, he has embraced the myth of the Saudi Arabia of Coal–where coal remains the merciless king, and the land and its residents defend themselves against the daily onslaught of the monarch’s extraction for more wealth.

In truth, the coal industry in Illinois, the Saudi Arabia of coal, peaked in 1918, and while little spurts of demand took place during the Second World War, the mines have never altered from its downward slope of boom-bust mayhem. Over 100,000 miners produced more than 100 million tons in the early 1920s; a little more than 3,000 miners barely churn out 30 million tons today.

By the 1930s, according to the government report “Seven Stranded Coal Towns,” the same Chicago and absentee coal companies that bought up all the mineral rights in 1905 had abandoned the region and left a picture of “almost unrelieved, utter economic devastation.” As one of the most depressed and vulnerable places in the country, the southern Illinois coalﬁelds had been given over to “hopeless poverty.”

Still today, our region–like all coalfield areas in Appalachia and the West–has been relegated to the vassal status of a supply-and-demand extraction colony subject to the whims of the market.

Out of the 1,300 mines that had been opened in the state, less than 25 remained by the end of the twentieth century, leaving the federal and state governments with a bill for billions of dollars to clean up the dangerous sites and toxic waste seeping into the region’s watersheds. Thousands of fertile farmland acres and lush Shawnee forests have been strip-mined and left to the unmanaged spoils of weeds, foreign grasses, and sterile creeks. Cancer and health problems soared.

Our coal miners, too, have been abandoned: Our town squares and schools are boarded up; their hard-earned property values were wiped out. Over 10,000 coal miners have died this decade from black lung disease, according to the National Institute for Occupational Safety and Health study. The bill for this cleanup program, too, has cost the taxpayers billions of dollars.

Here in the heartland of the nation’s ﬁrst labor battleground that created the earliest mining unions, every mining safety law has been assembled from the fractured bones and lost lives of the coal miners and their families. In the Saudi Arabia of coal, miners have been as expendable as the tree lines that stood in the way of the bulldozer.

Ever since Francis Peabody started to peddle our “smoke-free clean coal” in the 1890s in Chicago, the “clean coal” slogan has been trotted out as the standard response to any questionable element in the industry, whether it was in the mining, processing, burning, or storage of coal-ﬁred ash and coal-ﬁred emissions.

Here in the Saudi Arabia of coal, we hope our nation will learn and recognize our history, and act on it, as George Washington declared in his first State of the Union: “By convincing those who are entrusted with the public administration that every valuable end of government is best answered by the enlightened confidence of the people, and by teaching the people themselves to know and to value their own rights; to discern and provide against invasions of them; to distinguish between oppression and the necessary exercise of lawful authority; between burdens proceeding from a disregard to their convenience and those resulting from the inevitable exigencies of society.”

Jeff Biggers is the American Book Award-winning author of Reckoning at Eagle Creek: The Secret Legacy of Coal in the Heartland (Nation Books/Basic Books).