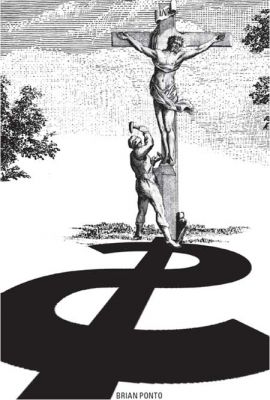 The Death of Conservatism
By Sam Tanenhaus
Random House, 2009

Republican Gomorrah: Inside the Movement that Shattered the Party
By Max Blumenthal
Nation Books, 2009

Watching Obama’s inauguration almost a year ago on TV, I remember feeling gleeful at the sight of George and Laura Bush taking off in a helicopter as the Obamas and Bidens waved goodbye. After eight years of war, lies and looting of the economy, many progressives saw the entire Republican Party boarding that helicopter along with the Bushes. Yet, one year later, conservative politics have not withered and died as many of the liberals who rallied around Obama had predicted.

Republicans, for now, are hanging around, and two books, Max Blumenthal’s Republican Gomorrah and Sam Tanenhaus’ The Death of Conservatism, address the rise and fall of the right’s dominance in the United States.

Both authors agree that the Christian right’s stranglehold over Republican politics is destroying the party. For Tanenhaus, the editor of The New York Times Book Review as well as the newspaper’s Week in Review section, the current relationship between the religious right and conservatives is a direct result of the party’s reaction to the New Deal. Conservatives thundered against Roosevelt’s move for a stronger state role in the economy and branded his modest social programs as “socialism,” ignoring the fact that Roosevelt was from an oligarchic family.

What both books miss is that the Christian right’s control over the Republican Party has withered and been currently displaced with a brand of right-wing economic populism that is largely absent of any religiosity and is marked by opposition to taxes, anti-big-government rhetoric and those unhinged town hall participants ranting “get your government hands off my Medicare.” The cause of this shift is twofold — the ruling elite that actually controls the Republican Party sense that the Christian right is played out and that it can act (often irrationally) in a way that threatens core Republican bourgeois class interests. The birthers, tea baggers and town hall hell-raisers are a neurotic offshoot of the right’s bigotry, xenophobia and distaste for the first African-American president.

The Death of Conservatism is essentially a brief history of the Republican right’s modern ascendancy. The explosion of industrial unionism and active leftist parties in the 1930s and 1940s produced an extreme counter-reaction and the right’s biggest “win” of the era — the McCarthy-inspired red scares. Tanenhaus is clearly an admirer (and soon a biographer) of conservative powerhouse William Buckley, Jr., who got his start as one of McCarthy’s “exuberant intellectual champions.” Buckley laid the foundation for the right’s decades long erosion of the New Deal’s economic safety net and gave Republicans a vocabulary to negatively frame the social upheaval brought by the various civil rights movements in the 1960s and 1970s. In this context, Nixon’s silent majority naturally viewed efforts by African-Americans, Latino workers, women and the LGBT community to challenge the status quo as a threat to the prevailing societal order.

Tanenhaus terms movement conservatism as “revanchist,” an effort that seeks to reclaim the America that “has been taken away from its true owners…They have to conquer the territory that’s been taken from them. Revanchism really comes from the French word for ‘revenge.’ It’s a politics of vengeance,” he recently explained on Bill Moyers Journal.

Blumenthal’s book starts off where Tanenhaus’ ends — the Christian right is in full command of a party of mostly white Christians who are geographically isolated in the South and parts of the West and, in Pavlovian response to right-wing talk radio and Fox News’ politics of fear, deeply antagonistic towards immigrants, feminists the and LGBT community.

Republican Gomorrah is chockfull of revanchist characters — from Sarah Palin’s “real America” to James Dobson, founder of the Christian conservative juggernaut Focus on the Family. According to Blumenthal, the “culture of personal crisis” that feeds so much of Dobson’s brand of politics could implode the Republican party.

The purest of evangelical Christian political narratives start with some fall from grace followed by redemption and the acceptance of Jesus Christ. Former President George W. Bush’s narrative blends seamlessly into this culture of personal crisis — the drunkard makes good with God and receives the presidency as his reward.

Republican Gomorrah’s strength is found in chapters detailing the intersection of big money and conservative politics. Blumenthal, a fellow at The Nation Institute and Media Matters for America, seems to think that the Christian right and big business coalition cannot remain in control because of the Christian right’s propensity to implode and alienate. The Death of Conservatism states “the war of ideology was also a war of class” but oddly does not go into detail.

While the birthers, tea baggers and town hall hell-raisers may be the Republican Party’s latest attempt at non-evangelical reactionary politics, there will certainly be more culture wars around the corner.