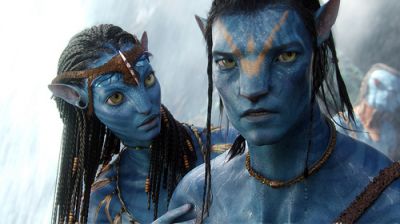 Critics have called alien epic Avatar a version of Dances With Wolves because it’s about a white guy going native and becoming a great leader. But Avatar is just the latest sci-fi rehash of an old white guilt fantasy. Spoilers…

Whether Avatar is racist is a matter for debate. Regardless of where you come down on that question, it’s undeniable that the film—like alien apartheid flick District 9, released earlier this year—is emphatically a fantasy about race. Specifically, it’s a fantasy about race told from the point of view of white people. Avatar and sci-fi films like it give us the opportunity to answer the question: What do white people fantasize about when they fantasize about racial identity?

Avatar imaginatively revisits the crime scene of white America’s foundational act of genocide, in which entire native tribes and civilizations were wiped out by European immigrants to the American continent. In the film, a group of soldiers and scientists have set up shop on the verdant moon Pandora, whose landscapes look like a cross between Northern California’s redwood cathedrals and Brazil’s tropical rainforest. The moon’s inhabitants, the Na’vi, are blue, catlike versions of native people: They wear feathers in their hair, worship nature gods, paint their faces for war, use bows and arrows, and live in tribes. Watching the movie, there is really no mistake that these are alien versions of stereotypical native peoples that we’ve seen in Hollywood movies for decades.

And Pandora is clearly supposed to be the rich, beautiful land America could still be if white people hadn’t paved it over with concrete and strip malls. In Avatar, our white hero Jake Sully (sully—get it?) explains that Earth is basically a war-torn wasteland with no greenery or natural resources left. The humans started to colonize Pandora in order to mine a mineral called unobtainium that can serve as a mega-energy source. But a few of these humans don’t want to crush the natives with tanks and bombs, so they wire their brains into the bodies of Na’vi avatars and try to win the natives’ trust. Jake is one of the team of avatar pilots, and he discovers to his surprise that he loves his life as a Na’vi warrior far more than he ever did his life as a human marine.

Jake is so enchanted that he gives up on carrying out his mission, which is to persuade the Na’vi to relocate from their “home tree,” where the humans want to mine the unobtanium. Instead, he focuses on becoming a great warrior who rides giant birds and falls in love with the chief’s daughter. When the inevitable happens and the marines arrive to burn down the Na’vi’s home tree, Jake switches sides. With the help of a few human renegades, he maintains a link with his avatar body in order to lead the Na’vi against the human invaders. Not only has he been assimilated into the native people’s culture, but he has become their leader.

This is a classic scenario you’ve seen in non-sci-fi epics from Dances With Wolves to The Last Samurai, where a white guy manages to get himself accepted into a closed society of people of color and eventually becomes its most awesome member. But it’s also, as I indicated earlier, very similar in some ways to District 9. In that film, our (anti)hero Wikus is trying to relocate a shantytown of aliens to a region far outside Johannesburg. When he’s accidentally squirted with fluid from an alien technology, he begins turning into one of the aliens against his will. Deformed and cast out of human society, Wikus reluctantly helps one of the aliens to launch their stalled ship and seek help from their home planet.

If we think of Avatar and its ilk as white fantasies about race, what kinds of patterns do we see emerging in these fantasies? 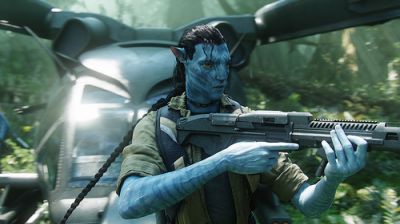 In both Avatar and District 9, humans are the cause of alien oppression and distress. Then, a white man who was one of the oppressors switches sides at the last minute, assimilating into the alien culture and becoming its savior. This is also the basic story of Dune, where a member of the white royalty flees his posh palace on the planet Dune to become leader of the worm-riding native Fremen (the worm-riding rite of passage has an analog in Avatar, where Jake proves his manhood by riding a giant bird). An interesting tweak on this story can be seen in 1980s flick Enemy Mine, where a white man (Dennis Quaid) and the alien he’s been battling (Louis Gossett, Jr.) are stranded on a hostile planet together for years. Eventually they become best friends, and when the alien dies, the human raises the alien’s child as his own. When humans arrive on the planet and try to enslave the alien child, he lays down his life to rescue it. His loyalties to an alien have become stronger than to his own species.

These are movies about white guilt. Our main white characters realize that they are complicit in a system which is destroying aliens, AKA people of color —their cultures, their habitats and their populations. The whites realize this when they begin to assimilate into the “alien” cultures and see things from a new perspective. To purge their overwhelming sense of guilt, they switch sides, become “race traitors,” and fight against their old comrades. But then they go beyond assimilation and become leaders of the people they once oppressed. This is the essence of the white guilt fantasy, laid bare. It’s not just a wish to be absolved of the crimes whites have committed against people of color; it’s not just a wish to join the side of moral justice in battle. It’s a wish to lead people of color from the inside rather than from the (oppressive, white) outside. 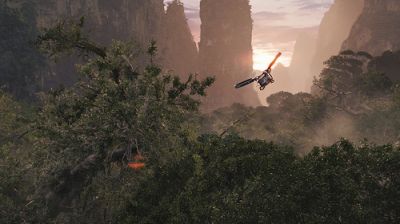 Think of it this way. Avatar is a fantasy about ceasing to be white, giving up the old human meat sack to join the blue people, but never losing white privilege. Jake never really knows what it’s like to be a Na’vi because he always has the option to switch back into human mode. Interestingly, Wikus in District 9 learns a very different lesson. He’s becoming alien and he can’t go back. He has no other choice but to live in the slums and eat cat food. And guess what? He really hates it. He helps his alien buddy to escape Earth solely because he’s hoping the guy will come back in a few years with a “cure” for his alienness. When whites fantasize about becoming other races, it’s only fun if they can blithely ignore the fundamental experience of being an oppressed racial group. Which is that you are oppressed, and nobody will let you be a leader of anything.

This is not a message anybody wants to hear, least of all the white people who are creating and consuming these fantasies. Afro-Canadian sci-fi writer Nalo Hopkinson told the Boston Globe:

She adds that the main mythic story you find in science fiction, generally written by whites, “is going to a foreign culture and colonizing it.”

Sure, Avatar goes a little bit beyond the basic colonizing story. We are told in no uncertain terms that it’s wrong to colonize the lands of native people. Our hero chooses to join the Na’vi rather than abide the racist culture of his own people. But it is nevertheless a story that revisits the same old tropes of colonization. Whites still get to be leaders of the natives—just in a kinder, gentler way than they would have in an old Flash Gordon flick or in Edgar Rice Burroughs‘ Mars novels.

When will whites stop making these movies and start thinking about race in a new way?

First, we’ll need to stop thinking that white people are the most “relatable” characters in stories. As one blogger put it:

“By the end of the film you’re left wondering why the film needed the Jake Sully character at all. The film could have done just as well by focusing on an actual Na’vi native who comes into contact with crazy humans who have no respect for the environment. I can just see the explanation: ‘Well, we need someone (an avatar) for the audience to connect with. A normal guy will work better than these tall blue people.’ However, this is the type of thinking that molds all leads as white male characters (blank slates for the audience to project themselves upon) unless your name is Will Smith.”

But more than that, whites need to rethink their fantasies about race.

Whites need to stop remaking the white guilt story, which is a sneaky way of turning every story about people of color into a story about being white. Speaking as a white person, I don’t need to hear more about my own racial experience. I’d like to watch some movies about people of color (ahem, aliens), from the perspective of that group, without injecting a random white (erm, human) character to explain everything to me. Science fiction is exciting because it promises to show the world and the universe from perspectives radically unlike what we’ve seen before. But until white people stop making movies like Avatar, I fear that I’m doomed to see the same old story again and again.

This article originally appeared on i09.com.