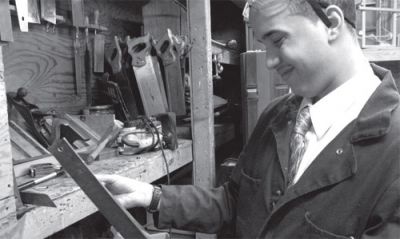 Ever since he was a small child, Rubany Peña knew he wanted to be a carpenter.

“I always loved the city’s layout and I wondered how it was built,” Peña said.

So when it was time to go to high school, he chose Alfred E. Smith Career and Technical Education High School in the Melrose neighborhood of the South Bronx.

This June, Peña, the 17-year-old son of Dominican immigrants, will graduate with an endorsed diploma, which will certify him to practice carpentry in New York state. He plans to join a union and work part-time while pursuing a degree in civil engineering at City College.

Smith’s building trade programs — ranging from carpentry to electrical work — are on the New York City Department of Education’s (DOE) chopping block, and the city’s Panel for Education Policy (PEP) will be voting at the end of February on whether or not to “phase down” the programs at Smith beginning next fall. The DOE has decided to allow the school’s other career and technical education program (CTE), which focuses on automotive training, to remain open.

The co-location of AECI is part of a larger trend in Mayor Michael Bloomberg’s education policy of replacing vocational schools that offer experience-based training in building trades, cosmetology and culinary arts with schools that offer textbook-driven instruction in these same trades, as well as classes in fields that require further education at the college level, such as accounting, fashion and entrepreneurship. While Bloomberg’s emphasis on closing public schools in favor of privately-run charter schools has drawn much public ire, the slow, yet steady, elimination of CTE programs throughout the city has received much less publicity.

“We should be expanding CTE instead of creating these little enclaves of privilege that are charter schools. They are bringing back separate but equal,” said Tom Newton, who left a 30-year career as a lawyer to teach special education at Smith.

There are currently only 41 schools throughout the five boroughs with state-approved CTE programs that offer endorsed diplomas. Of these remaining programs, only six offer training in trades similar to those at Smith, and just two offer training in electrical work, though neither are as comprehensive as Smith’s program.

Still, according to the United Federation of Teachers‘ CTE Vice President, Sterling Robinson, there are more than 100 CTE programs in the city. “CTE is booming,” he said.

“CTE is supposed to be vocational education, but it isn’t anymore,” Newton said.

It is unclear exactly how many CTE programs that offer endorsed diplomas have been discontinued, or even when these cuts took place, since the New York State and City Education Departments told The Indypendent that they do not keep records of the number of CTE programs in New York City.

Several CTE educators that The Indypendent spoke with off-the-record said the lack of documentation is suspicious, at best, and that the value of vocational education is just being lost in the shuffle.

Of the 1,100 students currently attending Smith, 90 percent are black or Latino males. Half are enrolled in the building trade program, which includes training in architectural drafting, carpentry, plumbing, heating, electrical work and heating, ventilation and air-conditioning (HVAC).

Seventy-five percent of all of the school’s graduates go on to union jobs or advanced educational programs and can earn up to $35,000 a year in apprenticeships upon graduation, according to Smith’s School Leadership Team.

The unemployment rate for male high school graduates between the ages of 15 and 24 is 25.8 percent for blacks and 16.4 percent for Latinos.

“We provide students with a stimulus package. If we give students high-paying jobs and you take that away from them, it’s definitely going to have an effect on the community,” said Scott Pagan, an electrical teacher at Smith for ten years, who is also a graduate of the school’s electrical program. Of Smith’s 70 teachers, 20 are alumni of the school.

A BUSINESSMAN SPEAKS OUT

Jeffrey Smalls, who owns an electrical construction business, says he has hired students from Alfred E. Smith in the past, and knows all too well what a high school education in the building trades can do for young people in the South Bronx, one of the poorest congressional districts in the country.

“We have enough of a problem proving ourselves in the workforce as minorities. Alfred E. Smith catapults students from poverty into the middle class,” Smalls said.

His alma mater, William E. Grady High School in Brooklyn, no longer offers the electrical program he graduated from and is now on the state list of schools for closure.

Smalls, who also runs a dropout prevention program at Smith, has become entrenched in the fight to save the school’s building programs. “I can’t sit by and watch this. I’ll be at the mayor’s office every day getting arrested if I have to,” said Smalls, who was named one of Crain’s New York Businesses’ Top Entrepreneurs for 2006.

Jeremy R. Cherry, an assistant project manager for Smalls Electrical Construction, graduated from Smith. Cherry, whose brother has also started a career as an electrician, is deeply upset by the possibility of the building programs being replaced by AECI.

“I would cry if this school shut down. This school is like another family to me,” Cherry said.

Rene Cassnova, who has been the principal at Smith for eight years, has witnessed firsthand the challenges that her students face. 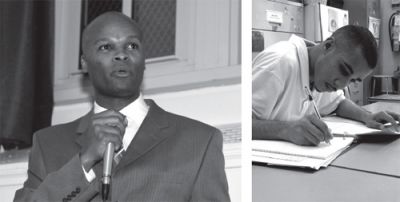 “These students do not have the money to learn their trades through a private education nor are they able to leave the city to attend school elsewhere,” Cassnova said.

Smith has received three consecutive C’s on its annual report card, despite the fact that the DOE has consistently changed its grading scale without warning. CTE schools, like Smith, are being evaluated solely on their academic performance, with no consideration for the proficiency of their students in their respective trades.

The DOE also cites Smith’s 46 percent graduation rate as an example of the school’s poor performance, but ignores the fact that CTE students are required to earn more credits than most other high school students.

Many of Smith’s students also face severe socio-economic challenges that force them to take more time to finish school.

The school that is slated to replace Smith, AECI, has only been open for two years and has yet to establish a positive reputation.

The school’s founder and former chairman Richard Izquierdo Arroyo has been indicted for stealing $200,000 from a South Bronx housing organization — a scandal that also involves his grandmother, State Assemblywoman Carmen Arroyo and his aunt, City Councilwoman Maria del Carmen Arroyo. By the end of its first year, virtually all of AECI’s staff had quit.

More than 300 people attended the DOE’s most recent hearing on Feb. 12, which was held to gather response to the department’s proposal to phase out the building trades at Smith.

“Keeping the auto program and throwing out the building trades is like having two children and throwing one out,” said Principal Rene Cassanova at the hearing. “Not acceptable!”

Smalls presented letters and petitions from his colleagues in the construction business urging the DOE not to eliminate Smith’s building trades program. The DOE’s proposal will be formally voted on by the PEP Feb. 24.

“Just like we need our hands,” said Annette Fulton, a parent at Smith, “We need the building trades at Smith.”

Rubany Peña, who has worked odd jobs since he was ten years old to help his family, wants other students to have the same opportunity for a better future that he received at Smith.

New York City’s school wars continued to rage in neighborhoods across the city in February as the Department of Education (DOE) held public comment hearings on its proposed plans to install or expand privately-run charter schools inside 17 existing public schools. The DOE is also planning to relocate two schools based in Chelsea, including one that serves special education students, and to partially eliminate Alfred E. Smith High School in the South Bronx.

Concerns about the potential for classroom overcrowding continue to be a major point of friction. At a Feb. 11 public hearing at I.S. 302 in Cypress Hills, Brooklyn, parents and community activists denounced the DOE’s plan to move a charter school into their school building.

“You can say we have space but you have not been in our school where there are classes of 30 students,” said Alica Cortez, parent coordinator at I.S. 302.

The schools the DOE has targeted are mostly located in predominantly people-ofcolor neighborhoods, such as Soundview, Morrisania and East Tremont in the Bronx, Harlem and the Lower East Side in Manhattan, and Cypress Hills, Crown Heights, Propect-Lefferts Garden and Ocean Hill-Brownsville in Brooklyn.

“You would not pull this stunt in a good neighborhood,” said Linda Gavin, a mother of four, who also spoke at the I.S. 302 hearing. The hearings will continue at various schools through Feb. 22.

The Panel for Educational Policy will vote on the DOE proposals at a Feb. 24 public meeting to be held at the High School of Fashion Industries at 225 West 24th Street in Manhattan. The meeting begins at 6 p.m.

For the full list of affected schools, see http://schools.nyc.gov/AboutUs/leadership/PEP/publicnotice/Proposals_Feb_Vote.htm 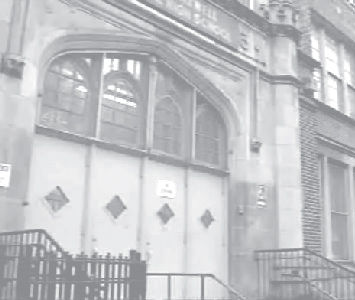