21st CENTURY LAND GRAB
Ethiopia and at least 19 other African nations have sold off or leased more than 120 million acres of agricultural land to wealthy nations, investment firms and agribusiness firms, in what the British newspaper, The Observer, recently described as a “21st century land grab.” Since 2007, the Ethiopian government has approved 815 foreign-financed agricultural projects. Much of the land is being used to grow biofuels or crops for export. This comes at a time when 13 million Ethiopians require food aid. “The biofuel land grab in Africa is already displacing farmers and food production,” said Tim Rice of ActionAid. “The number of people going hungry will increase.” Investors have also purchased land in Sudan, Kenya, Nigeria, Tanzania, Malawi, Congo, Zambia, Uganda, Madagascar, Zimbabwe, Mali, Sierra Leone and Ghana.

An international agreement to ban cluster bombs is set to become international law in August after Burkina Faso and Moldova became the 29th and 30th nations to ratify the treaty. Cluster bombs are packed with bomblets that spread out over a large area and often don’t explode on first impact. These live munitions have caused thousands of civilian casualties around the world. The United States, one of the main users of cluster bombs, has refused to sign the treaty. So have China, India, Pakistan, Israel and Russia. The agreement requires countries that used cluster munitions in the past to provide support for affected communities and to assist in clearing contaminated land. 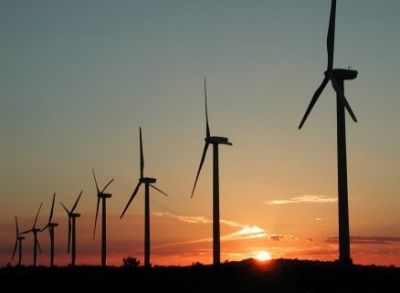 100 PERCENT RENEWABLE ENERGY IN AUSTRALIA?
A new report claims Australia can use solar and wind power to produce 100 percent of its electricity in 10 years by using currently available technologies. The report by the group, Beyond Zero Emissions, says no new nuclear power is needed to displace conventional fossil fuels. “The reason people put their finger on the nuclear option is because they felt there was no other option. That’s not the case today.” The report calls for 40 percent of power to come from wind turbines. Concentrating solar power plants, with molten salt to store energy that powers turbines, would form the backbone of the system, providing 60 percent of total electricity. The findings comes as nuclear power advocates worldwide are pushing for construction of new facilities to replace coal plants and slow down climate change. The United States just guaranteed over $8 billion in loans for the first two new nuclear plants in the nation in over 30 years.

Chevron is trying to abandon an environmental case in Ecuador where it faces damages of up to $27 billion for allegedly poisoning an area the size of Rhode Island. Chevron first fought to move the case from the United States to Ecuador, but then balked as evidence mounted that it dumped billions of gallons of toxic wastewater from oil extraction into rivers and unlined waste pits in the rainforest area. In 2008, a Special Master appointed by the Ecuador court found the pollution had caused 1,401 excess cancer deaths and decimated indigenous groups. As The Indypendent went to press, Chevron was in a U.S. federal court in New York City to request the judge handle the case in a closed-door arbitration, without input from the rainforest community members.