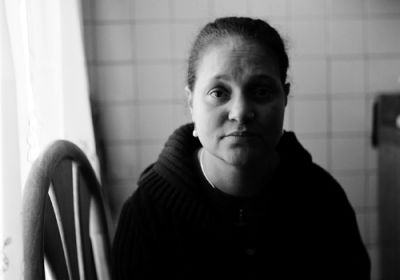 Elda Malpera is proud of how far she has come. A resident of East New York, Brooklyn, Malpera, 39, a mother of four, has overcome two decades spent in the grip of addiction, time in prison and a rape that left her HIV-positive. Sitting tall with a steady gaze, her accomplishments in the last year – with the support of New York City human services programs – have made her stronger, healthier. “Women and HIV. Once upon a time, those two words were seldom found in a sentence together,” writes Laura Whitehorn in the March issue of POZ Magazine, the leading publication that focuses on the disease. Malpera, one of the more than 22,000 women in New York State who live with the virus, is not just a statistic. The National Women and Girls HIV/AIDS Awareness Day on March 10 aims to make women like Malpera visible.