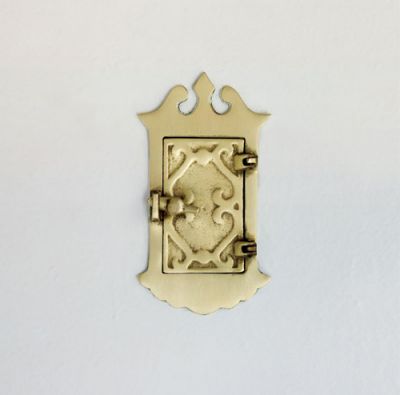 Liars are to hardcore music what Hitchcock is to the horror genre: proof that our darkest aspects are most brilliantly illuminated with a minimum of bombast or splatter. Carnage comes only in controlled, powerful bursts. Familiar instruments are repurposed and given uncanny inner life; energies shift in violent microseconds. Liars put us on uneven ground with seismic shockwaves of guitar and drums warped to sound like thunder from another planet. They create vivid, textural worlds, not famously hospitable ones.

It’s been a whirlwind decade for Liars. While The Strokes were being hailed as new rock messiahs with their downtown retro-pop, Liars irrupted onto New York City’s dance-punk scene in 2001 with their acclaimed debut They Threw Us All in a Trench and Stuck a Monument on Top. Critics celebrated the record’s post-punk revival, but spurning the early hype, Liars followed with EPs that dispensed with catchy rhythms in favor of heavy, experimental percussion; and the four-piece band slimmed down to a three-piece outfit: Angus Andrew on guitar and vocals; Aaron Hemphill on percussion, guitar and synth; and drummer Julian Gross.

The result was the acclaimed 2004 release They Were Wrong, So We Drowned, a challenging record inspired by stories of real-life witch trials. It may have alienated the band’s original fans, but the result was a high-concept record with harsh, unspooling atmospherics. They followed with Drum’s Not Dead, a product of time spent tinkering with electrified percussion in Berlin. Its wilting, ambient closing track, “The Other Side of Mt. Heart Attack,” is arguably the most beautiful music Liars have achieved to date. 2007 saw them pull all this experimentation into an uncanny pop template on Liars, their most accessible offering — not quite a return to form, but certainly a return to greasy, unambiguous rock.

Stylistic zigzags notwithstanding, Liars’ music has always come with a caveat: the dividing line between earnestness and pretentiousness can be difficult to draw. Undeniably smart compositions mingle with obscure references and challenges to the underground establishment. But who would call their bluff on music so abrasive and self-assured? Liars’ most impressive achievement, I submit, is in becoming a musical Rorschach test, delivering music that provokes deeply subjective gut reactions. Exactly how they have advanced the art of noise, though, is a matter of unsettled debate.

Sisterworld, their fifth fulllength album, opens on a haunted plain in “Scissor,” which advances with a troubling cello dirge before swerving into shredding mathrock. The emphasis on turbulence over continuity won’t faze their following, but newcomers may experience whiplash. The carnivalesque “No Barrier Fun” sets the tone for the Weimar-era piano and strings of “Here Comes The People,” an early highlight that slides into an industrial drone on “Drip.” That tension is banished by “Scarecrows on a Killer Slant,” with distorted guitar storming over descriptions of urban execution that are chanted like orders.

The result is too visceral to shake, and it contrasts sharply with Sisterworld’s otherwise nakedly atmospheric and anti-structural tracks. Along with “Scarecrows,” only “Proud Evolution,” with its motoric propulsion and sun-scoured delay effects, and the shimmering “Too Much, Too Much,” featuring a strangely gentle bassoon, seem to be the same song at the end as they were at the beginning. More often on Sisterworld, moods of slow decay are set and aggressively upended: “I Still Can See an Outside World” is first a damaged lullaby, then that lullaby’s doom-metal inversion. The brassy death-march “Goodnight Everything” is less successful, insidious more than affecting; and much like Sisterworld as a whole, it works best in its exoskeletal first act, where heavy ambient hollows are sustained at the center of a thin, peeling layer of sound.

Because Liars are restless, inventive heavyweights, it’s fair to ask where Sisterworld fits in their schizophrenic oeuvre, and within the messy arc of experimental rock at large. What demands admiration is that within this fractured genre — one that shares postmodern literature’s penchant for virtuosic games that keep audiences at a cold distance — Liars cannot be written off as frigid. Their attack is as much physical as mental, empathetic as well as merciless — often all at once. They will assuredly live on as an uncompromising cult act. Sisterworld, though, is more likely to fall through the cracks, reminding us that Liars occasionally serve up more bark than bite, offering scant coherence or commentary. Which may be the point. Yet even on that obscurantist front, Sisterworld is a mixed bag, mired in soundscaping that feels modest and weak amid a repertoire of ambitious projects like We Were Wrong … and Drum’s Not Dead. It’s not without its nasty charms, of course, but Sisterworld’s scraps of paranoia and netherworld might be more striking coming from a band without so many musical successes in its rearview mirror.