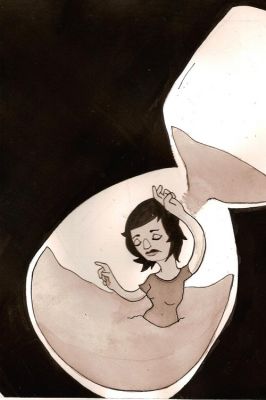 The long, windowless one-story warehouse blends into an industrial zone near Newark Liberty International Airport. But this building is not storing boxes of things: it is storing living, breathing human beings who yearn to be free and to return to their heartbroken families.

As I head inside the Elizabeth, NJ Detention Center (EDC), I see mothers pushing babies in strollers to visit their fathers before they are deported. Once inside, I present the number of the detainee I am scheduled to meet, I relinquish my ID and wait. Then, empty-handed, I go through the security check, stepping inside the lock-up room. The sound of the heavy door clanging shut makes it clear: This is not a “detention center,” but undeniably a prison.

For a few moments, I stand between two worlds, unable to escape. The door on the other side opens and I step into the visitors’ room. It is organized into booths with chairs and a single phone on each side of a Plexiglas barrier that separates visitors and detainees.

I pick up the phone on my side of the booth. The statuesque 19-year-old college student from Africa takes the phone on her side. She is so happy to have a visitor. She wants me to know that it is an important job that we volunteers are doing to lift their spirits. She has been detained at EDC for two months, waiting for her community college visa to come through. I try to put on a poker face to hide my shock. She seems so young to be incarcerated — and for no good reason.

“What keeps you going?” I ask.

“I know that God must have put me here to protect me from something really horrible on the outside,” she replies.

I take a deep breath. “I’m glad that your faith sustains you,” I say.

“I am a Muslim, but I also learned about Christianity when I was at school,” she continues, telling me she loves to read and that her favorite novel is Silas Marner, by George Eliot, the story of an outsider forced to flee his community after being falsely accused of a crime.

Operated by the Corrections Corporation of America, the EDC can hold as many as 360 people. Each dormitory has up to 44 single beds. The detainees eat, sleep, shower and use the toilet without any privacy or respect for their various cultural norms and prohibitions. Their lives are no longer their own.

I come to EDC to listen, and it is impossible to forget the stories I have heard.

A grandfather in his 50s chats on the phone through the heavy Plexiglas barrier. He is neatly shaven with gray hair. Like the other detainees, he wears two-piece hospital- like scrubs and has a plastic bracelet around his wrist with a photo ID attached to it. We talk about his favorite foods; he has been a successful restaurateur here in the United States since getting his green card 25 years ago. He has created jobs, paid taxes, and supported the economy.

Over the years, he has periodically returned to his home country to visit family and friends. Unfortunately, his homeland in South Asia is now wracked by political violence. Despite his Green Card, he was recently detained at John F. Kennedy International Airport. A look of confusion, disappointment and dismay spreads across his kindly face as he describes the ordeal. I keep listening. His pain is evident.

“How are things going for you here?” I ask.

Suddenly, through the glass I see the tears stream down across his cheeks. I want to hug him through the barrier.

“No, no,” he started to say. “It’s … I spoke with my family this morning and they asked me how I was. I told them not to worry, that everything was fine, but everything is not fine. It’s my diabetes. My feet are burning and my eyes, my vision is bad. They give me pills. They won’t give me my insulin.” I tell him I will pass on his message to others who may be able to help.

A West Indian man with a broad smile tells me he has been working hard for 20 years to live the American dream. He found a niche cleaning cars and works with grit and integrity. His friends pooled their funds to hire a lawyer, but the lawyer does not visit him. He does not know the lawyer’s name. I ask how he spends his days. He is a peacemaker, of sorts. There are so many troubled souls inside. Some take the cramped living conditions badly. He tells me he reaches out to the ones in pain. He tries to intervene to soothe the anger, to help make the living easier. You have found a calling here, a purpose, I say. Then, I have to leave. My heart seems to swell as our hands touch the glass to say goodbye.

Of my three friends, the first is now a student at a New York City community college, and the second has returned to his family and business. The third has been deported to his country of origin. These are our friends, neighbors and coworkers who are being deprived of their most basic freedoms for no good reason. We don’t need to make this system of mass incarceration of immigrants kinder and gentler, as the Obama administration proposes to do. We need to end it. The first step is to acknowledge the common humanity we share with the people stuck on the other side of the Plexiglas. They are ready to share their stories, if only we will listen. 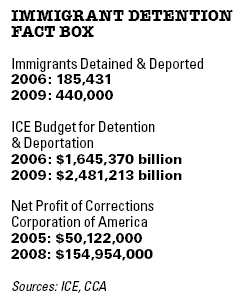