On Thursday, April 29, members of the National Front of Journalists for Freedom of Expression, family members of reporters David Cilia and Erika Ramírez, and other activists marched from the Juarez Monument to the offices of the federal Attorney General’s Office to demand the live presentation of the two journalists of Contralínea magazine, as well as two members of Oaxacan Voices Constructing Autonomy and Freedom (VOCAL) and the Popular Assembly of the Peoples of Oaxaca (APPO), David Venegas and Noé Bautista.

Around 400 people stayed outside the building while a group of journalists and activists went inside to get information and call on the Attorney General to guarantee the live presentation and safety of the disappeared people; these demands were denied. The demonstrators blocked Reforma Avenue and chanted slogans: “Right now, right now, what you have to do is bring them home alive and punish those to blame!” and “David, hang on, we’re ready to rebel!”

Things heated up when the riot police showed up to put an end to people’s right to protest; even though some urged the crowd to step back, most people were not in the mood to get out of the street. Finally, after a lot of pushing and shoving, shouts, and blows, the police “cleaned” the street of the people demanding justice. David Cilia’s brothers were among those who were hit.

In a mid-day press conference, Contralínea had revealed that “David Venegas and Noé Bautista had been able to break through the paramilitary siege and get to the town of Juxtlahuaca. They confirmed that David Cilia and Erika Ramírez, with whom they have been in hiding in the hills, are alive and out of danger of death.” In a video taped on April 27, David Cilia reports that he has “a bullet wound in his right leg and another in the left side of his body.” Speaking with great difficulty, Noé Bautista says, “I have a bullet wound in the right side of my ass, another in my right shoulder, and I was grazed on this side of my body.” Watch the video here: http://www.youtube.com/watch?v=l_k07Li_3bc

Erika Ramírez is dehydrated and weak, and the two reporters have asked to be rescued. Today at 4:40 pm, a helicopter rescue operation began, with the participation of Contralínea director Miguel Badillo and David Cilia’s father, David Cilia Olmos. As of this writing, there is no news of the outcome of the operation.

In a communiqué sent today, VOCAL says: “Our comrades appeared today, April 29. At approximately 12:00 am, David Venegas Reyes and Noé Bautista got to the town of Juxtlahuaca. We hold Ulises Ruiz Ortiz and government officials at all levels responsible for anything that may happen to them on their way home. We call on human rights organizations and the news media to be vigilant”. http://elenemigocomun.net/3531/x/en 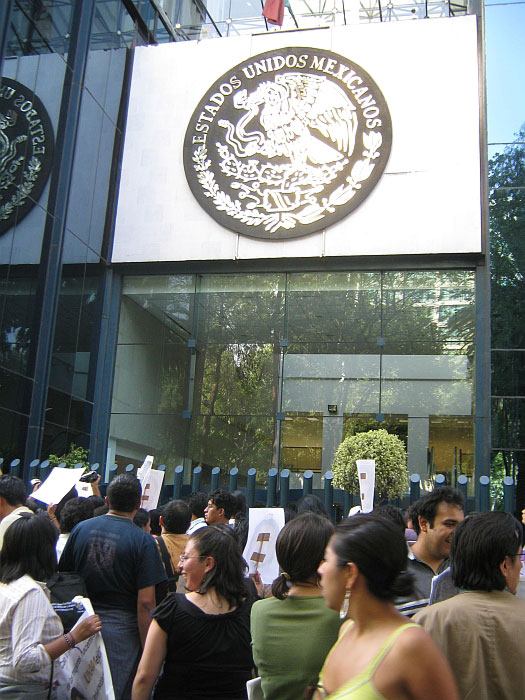 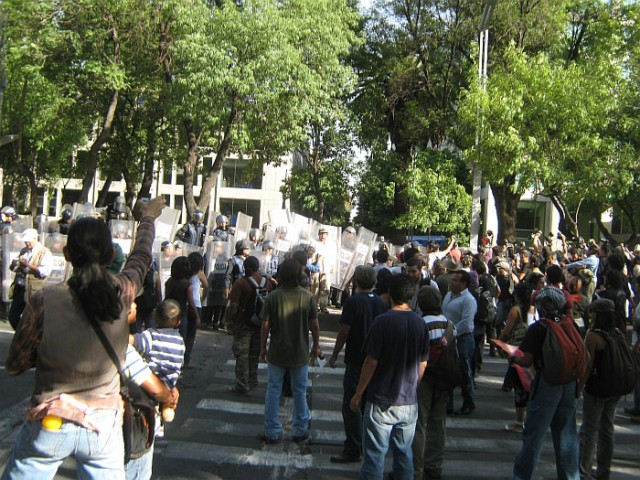 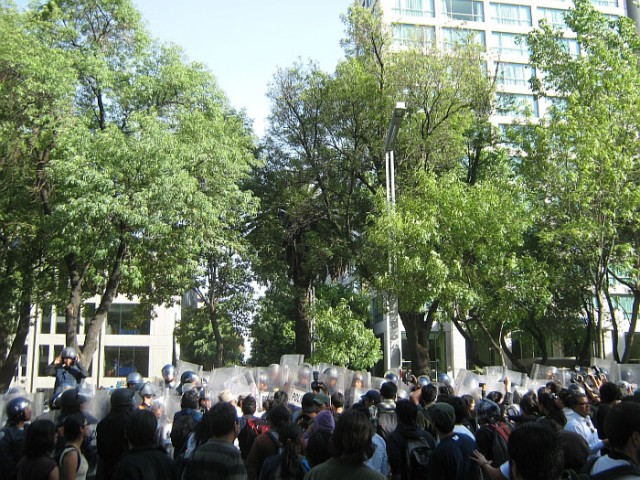