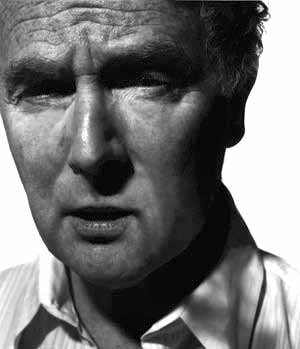 Former Sex Pistols manager Malcolm McLaren, a cultural-political prankster and scam artist who helped set off the worldwide phenomenon of punkrock, died April 8 of cancer. He was 64.

McLaren drew his inspiration from an eccentric combination of revolutionary politics and shockvalue fashion, from the French uprising of May 1968 and the way 1950s rock’n’roll appalled adult society. He synthesized this provocation through style with a series of shops in London, selling ’50s rocker clothes, fetishwear and his own designs.

In 1975, he went to New York to manage the New York Dolls, the bridge between Chuck Berry/Rolling Stones rock’n’roll and the punk of the future. But the Dolls were on their last legs from heroin, alcohol and the macho rock audience’s rejection of an act that dressed in drag. McLaren’s costuming them in red leather and communist symbols didn’t revive them.

Still, the city’s nascent punk scene inspired him, and he returned to London with a hatful of schemes. Primary among these was facilitating a band out of some of the youths who hung around his store, Sex. The name Sex Pistols was “imagery contrived to strike treble terror into the hearts of the slack-jawed public — fucking, violence, and an advertisement for Malcolm’s shop,” wrote punkerthan- thou rock critics Julie Burchill and Tony Parsons.

The Sex Pistols exploded into nationwide controversy in December 1976. Called in as last-minute substitutes on a TV talk show, they overdid the green room wine, and the host goaded them into calling him a “dirty fucker.” McLaren scored his “cash from chaos” as tabloid headlines screamed, “THE FILTH AND THE FURY,” and the band got $300,000 from the record labels that dropped them.

A few months later, the Pistols’ second single, “God Save the Queen,” hit number two in the British charts despite a BBC ban. Released just before Queen Elizabeth II’s 25th-anniversary jubilee, it featured lyrics like, “The fascist regime/It made you a moron” and “There’s no future in England’s dreaming.”

Maintaining the pose was costly, however. Lead caterwauler John “Johnny Rotten” Lydon, a smart, contrarian, working-class youth, acutely resented McLaren’s Svengali act. The band played only semisecret shows in Britain, to keep up the illusion that they were banned. Bassist Glen Matlock, whose music complemented the cruder style of guitarist Steve Jones, was fired for being a middle-class Beatles fan. He was replaced by Sid Vicious, a minimally skilled junkie who’d swallowed the myth that self-destruction was glamorous.

Lydon quit at the end of a brief U.S. tour in January 1978. McLaren had the Pistols play places like San Antonio and Oklahoma City instead of New York and Los Angeles. Lydon’s last words at their final show were, “Ever get the feeling you’ve been cheated?”

McLaren took the other members to Brazil to cut a record with fugitive train robber Ronald Biggs. The B-side featured the soon-to-OD Sid Vicious, singing a hilariously sick version of the smug corporate anthem “My Way.”

McLaren’s 1980s ventures included Bow Wow Wow, who celebrated home taping and a pop-Zerzanist primitivism over Burundi-beat drumming, and recording a hip-hop-styled version of the 19th-century folk tune “Buffalo Gals.” In 1999, he ran for mayor of London, advocating having the homeless sell lottery tickets to fund housing, an official Buy Nothing Day and putting legal brothels across the street from Parliament.

The Sex Pistols’ breakup resulted in lengthy and bitter litigation, in which Lydon accused McLaren of stiffing him for royalties. But after McLaren’s death, Lydon remembered the outrageousness they shared.

“Malc was always entertaining and I hope you remember that,” Lydon said in a statement. “I will miss him, and so should you.”